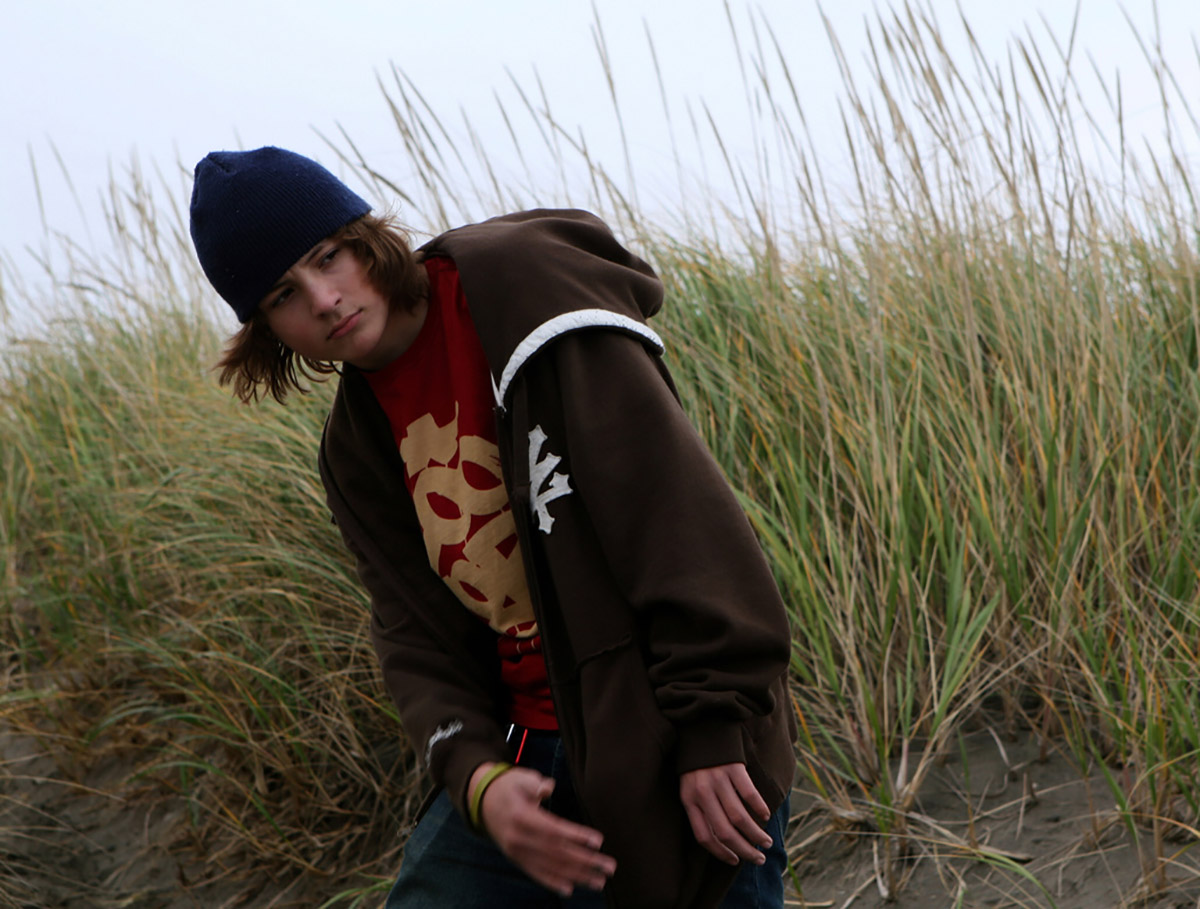 In Paranoid Park, his fourth feature film chronicling the morbid dispositions of the youth of America, Gus Van Sant finally crawls out from under his Béla Tarr-inspired long-take detachment and dares to explore an interior landscape in ways not seen since My Own Private Idaho.

Indeed, the privacy of this film—a reflection of its insular protagonist—is what puts the shockingly violent death that haunts its sinuous narrative a league apart from those in Van Sant’s most recent work. Lacking the portentous topicality of a notorious high school massacre or a grunge celebrity’s suicide, Paranoid Park may seem less “important,” but the relative anonymity of the characters and incidents it depicts appears to have enabled Van Sant to achieve a higher degree of creative engagement. The film fully occupies the persona of a confused adolescent whose feckless shrug towards the world barely conceals the storm of activity brewing inside.

The troubled teen in question is Alex (Gabe Nevins, cast via MySpace), a kid so alienated by his reality that he even lies to himself in his journal entries. We come to realize his condition stems from a particularly eventful evening, which is enacted and re-enacted onscreen, each re-visitation inching closer to a shocking reality. If there is an inciting incident to this serpentine plot, it is Alex’s initial visit to an illegal skateboarders park, where he is transfixed by boarders who seem to defy both gravity and time. Shot in Super 8, these slow motion sequences convey all the fleeting, transcendent mastery of time and space that boarders crave, and while ephemeral movement is nothing new to Van Sant’s cinematography, it has never had the same feelings of litheness and reckless abandon as it does here. For this, one could credit the contribution of no less a master-of-the-evanescent than cinematographer Christopher Doyle, collaborating with relative newcomer Rain Kathy Li. The choice of 4:3 framing (perhaps to accommodate the ample use of digital video and Super 8, some of it shot by local amateurs) adds to the sensation of the film as a home movie being played and replayed in Alex’s mind.

Just as evocative is the dense soundtrack, a continuation of the achievements found in Last Days. Van Sant and sound designer Leslie Schatz employ an array of ambient sounds to create a rich mindspace of perpetual white noise (though the use of both blip-bleep electronica and Nino Rota/Fellini music seems distractingly out of place). The looping narrative and the dreamy images and sounds create a milky, synaesthetic sheath around the proceedings that the more sobering moments (Alex being interrogated by a police detective or harangued by his horny, Avril Lavigne lookalike girlfriend) can never penetrate. But this is not to say that Alex could care less about his life, as is made clear by the unbelievably graphic enactment of a death that he witnesses, a brilliantly conceived moment in which reality becomes nightmarishly surreal, overloading Alex’s mind with moral and ethical confusion.

“What if something happened to you and you couldn’t tell anyone?” Alex asks one of the few people he seems genuinely able to connect with. By this point it becomes apparent how assiduously the film has worked to examine why it’s impossible for Alex (virtually abandoned by recently divorced parents and self-absorbed classmates) to tell anyone. Non-professional Nevins embodies his character vividly: Alex is a stark display of self-conscious mumbles cloaked in “ums” and “likes,” his inarticulateness clearly a self-preservation tactic. Van Sant has made a career out of examining the existential dilemmas of contemporary youth, though the overt forays into formalism in his recent films—Last Days in particular—have risked turning his characters’ conditions into self-satisfied postures as opposed to starting points for sustained inquiry. But here Van Sant achieves an unprecedented amount, burrowing through the layers built up by the defensive adolescent mind even as he respects both the social necessity and the defiant poetry of their existence.

The Philosopher and the Fan: Jean-Luc Godard and Quentin Tarantino—3rd Installment

Lust, Caution: Wong Kar-wai, Where Are You?