Bob Fosse directed five features in 15 years, starting with 1967’s Sweet Charity and ending with 1983’s Star 80. This pace suggests that Fosse was very deliberate in choosing his material, like Stanley Kubrick or Sergio Leone. Yes and no. Fosse was an obsessive artist, but not about movies—or rather, not just about movies. Seeming to believe that dance was the purest way to express joy, Fosse used moviemaking to exorcise joy’s opposites: not just pain, but the obsessive nature of artists—particularly the way attention to detail can cause men to shut themselves off from the rest of the world. On stage, choreographing sexual-playful spasms of intricate movement, Fosse seemed to revel in his naughty-boy sense of play. But on film, he examined the self-destructive component of celebrity and asserted that self-loathing was the driving force of show business.

Just look at his protagonists: the original shock-comic Lenny Bruce in Lenny, whose raucous comic routines soon revealed themselves for what they really were: a continuous monologue of shock, bitterness, and show business knowing; from Star 80, the doomed lovers Paul Snider, a disco-era hustler, and Dorothy Stratten, whom Snider promotes into an ideal example of a new-style Playboy pinup, then destroys after realizing he cannot control his creation. Fosse practiced a cool objectivity when making movies. His films were individual case studies—investigations. Fosse unquestionably identified with his protagonists. Yet he treated them not as idealized projections, but as avenues for ruthless self-examination.

This is most obvious in All That Jazz, a thinly veiled musical autobiography that finds Fosse turning the camera on himself, seeing a man who is heading toward death and using that knowledge to inform his artistry and justify a life of excess. Fosse’s alter ego, Joe Gideon (Roy Scheider), is a theater director, choreographer and filmmaker who excels under pressure. Whether real or self-inflicted, pressure gives him an edge over everyone he comes into contact with. But in contrast to Lenny or Star 80, All That Jazz combines Fosse’s choreographic showmanship and his cool filmmaking detachment, turning his death-trip vision of himself into the most joyous time spent on Broadway.

This is all encapsulated in the film’s first few minutes. We begin with a countdown over the film’s title, written in bright lights as if it’s the newest smash musical to hit the Great White Way. We then see Gideon’s morning ritual: Vivaldi, eye drops, Alka-Seltzer, Dexedrine and a bit of self-mockery in the mirror. (“It’s showtime, folks!”) Then, in voice-over, Gideon tells us that, “To be on the wire is life; the rest is waiting” as we watch a man fall off a high wire into a net.

>We then cut to Gideon auditioning dancers for his latest show. We see dancers stretching and waiting for the audition to begin. Their faces are pinched and serious, filled with anxiety and excitement. They know they have a captive audience with the only man that counts. Then, ever so quietly, we hear applause followed by the strumming of a guitar and then a piano and then syncopated clapping. It’s George Benson’s live recording of “On Broadway”—a chronicle of a young man’s dreams of making it in the big city; a celebration of all that is mean, scuzzy, romantic, and exciting about Broadway.

They say the neon lights are bright on Broadway.
They say there’s always magic in the air.
They say I won’t last too long on Broadway.
I’ll catch a greyhound bus for home, they all say.
But they’re wrong, I know they are.
Because I can play this here guitar.
And I won’t quit until I’m a star on Broadway.

What gives the scene an extra layer of empathy is that the song is not being played at the audition. (Fosse shows a piano player going through sheet music off to one side of the stage.) Yet Fosse has timed the choreography to go with the mid-tempo groove of Benson’s funk-gospel guitar playing. “On Broadway” compliments the dancers not just rhythmically, but emotionally. It’s the only song that deserves to score auditions with Joe Gideon. Anything else would be anti-climactic.

We get glimpses of people scattered throughout the theater. There are the show’s producers and moneymen, yawning with boredom and otherwise showing little respect for the work that goes into mounting the Broadway show they’ve invested in. There’s the show’s songwriter Paul Dann (Anthony Holland) who, like all writers, is terrified that Gideon will choose a tone-deaf singer or worse, cut a song. There’s Joe’s ex-wife Audrey (Leland Palmer), the lead in the show that Joe is directing out of guilt for his cheating during their marriage. (The character is inspired by Fosse’s estranged wife Gwen Verdon.) Alongside Audrey is Joe’s daughter, Michelle (Erzsebet Foldi), an adoring 12-year-old who is, yes, wise beyond her years when it comes to accepting her father’s flaws. There’s Murray (Phil Friedman), Joe’s main assistant, and Kathryn (Kathryn Doby), Joe’s number two, charged with corralling the dancers. These characters have no audible dialogue during the audition sequence. Fosse reveals their connection to Joe through body language—a glance or a smile or a sympathetic nod. Everything is expressed through movement. It’s as if Fosse is trying to see how much information he can communicate without words.

But the main action is on the stage. Very early on, the camera cranes up to reveal hundreds of dancers’ bodies moving from left to right as Gideon, squatting and looking up from the floor, makes several adjustments mere seconds after the audition has begun. Alan Heim’s editing is breathtaking: not only do the dance routines more or less synch up to the song, the cutting complements its rhythm. It’s as if “On Broadway” foretells the outcome of the audition. We watch as Gideon scrutinizes foot movements during certain routines. There’s a beautiful shot of all the dancers stretching their arms up in the air, as if reaching for Heaven might land them a job. Gideon instructs certain dancers to try certain steps again (such as the two attractive women he has walk across the stage in a straight line).

We also see Gideon’s generosity as he cuts the majority of candidates; his gentle head shake is empathetic, implying not that the dancers aren’t good enough, but that they aren’t ready yet. There is no question of who is in charge, but Gideon (and by extension Fosse) knows that the dancers who audition for him are putting on their best effort. Gideon may have a huge ego, but he feels no need to devastate someone who has decided to make a career of expressing joy through dance.

After the herd has been thinned, the sequence climaxes with Gideon directing the handful of strong candidates that remain onstage. The song “On Broadway” may not have a sonic climax, but the scene has one: dancers jump in front of each other from side to side, and then, in a startling bit of editing, we see the dancers in a series of identically framed shots doing pirouettes. It’s a perfect visual flourish to cap off the sequence. Fosse is signaling to the audience that the opening is over, but the show has just begun. 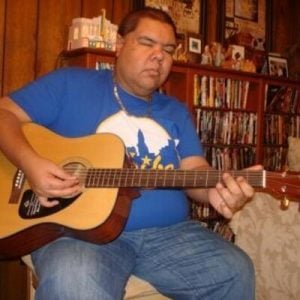