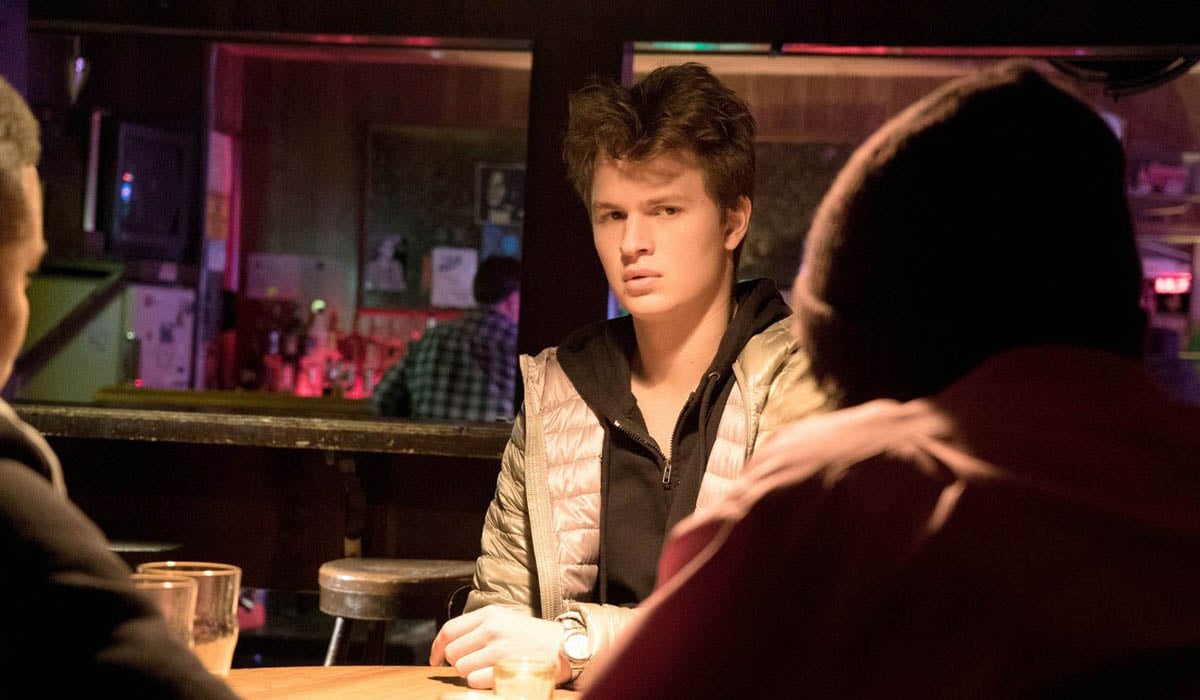 Sacha Gervasi’s November Criminals, based on Sam Munson’s 2010 YA novel The November Criminals, is fleet and functional, artless yet appealing in its straightforwardness, not unlike its hero. Addison is inelegant and earnest, with high-energy charm, but he can also be gratingly precocious and pretentiously retro; the film seems set in the present, but Addison listens to cassette tapes, shoots a diary on VHS, and carries a beeper instead of a smartphone. He’s played by Ansel Elgort, who displays none of the almost-grown-up, faux-Ryan Gosling cool he brought to Baby Driver, instead reverting to the nice-guy charm he exploited in The Fault in Our Stars.

Addison is a high school senior, aspiring to major in classics at the University of Chicago. One afternoon, while he and Phoebe (Chloë Grace Moretz) are losing their virginities to each other, their barista friend, Kevin (Jared Kemp), is shot to death at work, just after he prepared Addison and Phoebe’s pre-coital coffees. The overwhelmed local police are happy to write the incident off as an unsolvable gang killing, because the victim is black. But Addison, refusing to believe that his book-loving friend was involved with criminals, has his doubts. So he plays boy detective, putting up posters, pilfering school records, and questioning classmates, piecing together the secret life of his dead friend.

Teens make compelling centers of mysteries because they’re often mysteries unto themselves, even to their close friends and family. They’re exceptionally talented at living separate lives among distinct friend groups; they can, like Kevin, be well-read nerds who also take pills. Still, Kevin’s murder doesn’t prove especially complex. Addison finds a few leads and follows them linearly to a conclusion, whose moral seems to be that life really can be as cruelly random as it seems to teens who, like Addison, frequently feel impotent to effect change in the adult world. Grown-ups frequently stymie Addison’s inquiries, from his father (David Strathairn) and Phoebe’s mother (Catherine Keener) to his principal (Terry Kinney). And Addison’s investigatory zeal is informed by the recent, premature death of his mother from an aneurysm, whose arbitrariness made him feel powerless, confused, and guilty.

The investigation takes Addison, at least temporarily, out of that guilt—and out of his middle-class comfort zone, through shadier parts of D.C., where people sell drugs, harass passersby, and sexually menace women. These individuals are of all races, which is to say that the film is careful to create a sense of racial neutrality throughout, a post-millennial quasi-ideal in which institutions could be motivated negatively by racial considerations, but ordinary citizens are casually diverse and integrated. Black and white students are all friends, and the bad guys are multiracial, just as black and white characters inhabit the city’s upper class and its large, impressive homes.

The only types of people here who apparently can’t be black are the main characters. Moretz, especially early on, is even costumed and shot in a milky palette that emphasizes her whiteness. The first time Phoebe and Addison have sex, it’s under blindingly white sheets that complement their creamy skin tones. Phoebe and Addison use this whiteness to take on the racism of the D.C.’s Metropolitan Police (staffed with people of color), to right the wrong done to one of their black friends. It’s an old Hollywood trope: Black people can’t get justice unless white people are willing to get it for them.