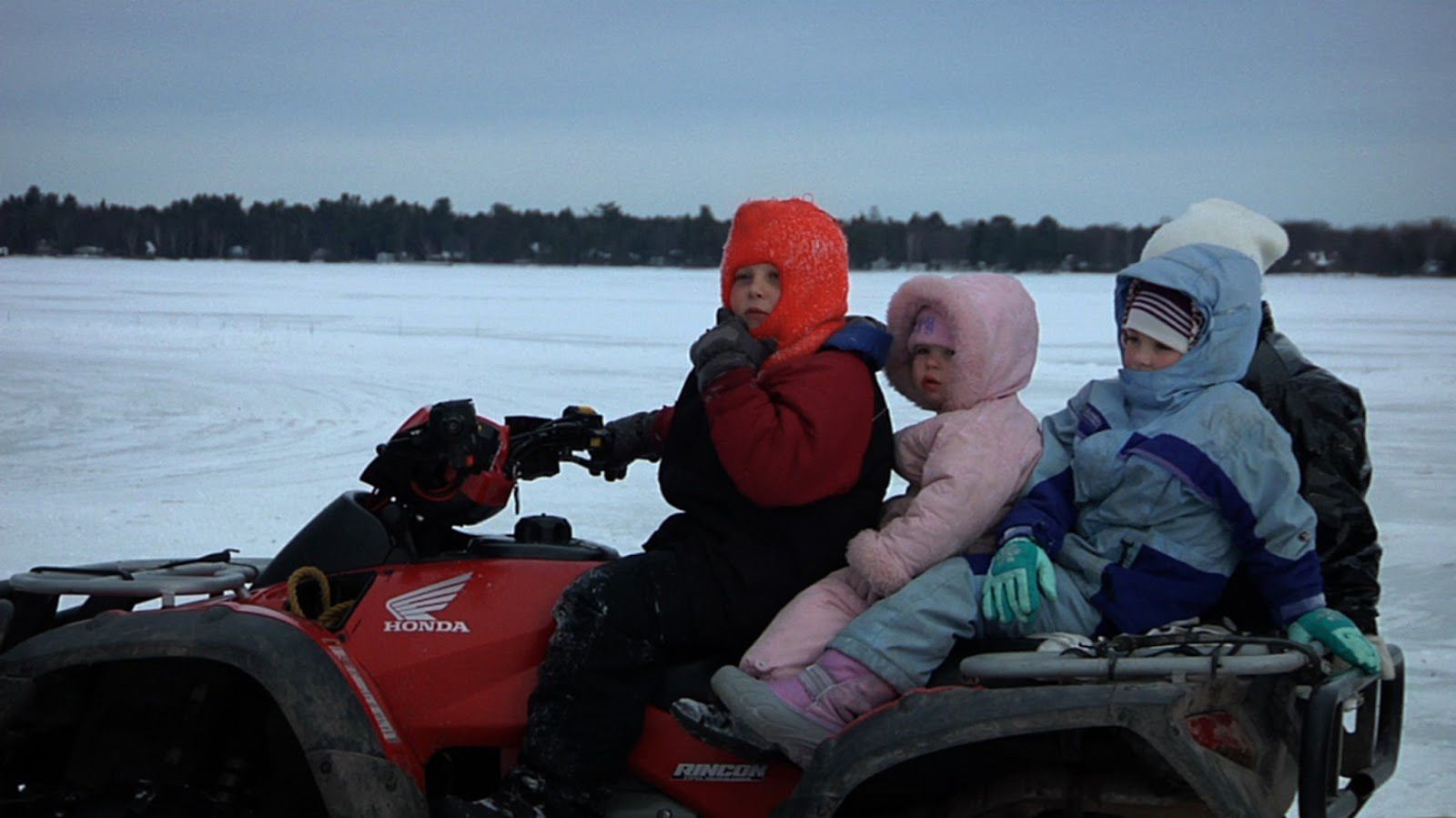 Nick Bentgen’s Northern Light opens with a disorienting, car-mounted shot of a dangerous whiteout in northern Michigan, the heavy snowfall obscuring a distant road. Not only a metaphoric precursor to the sense of uncertainty felt by the film’s subjects as they move toward a fiscally precarious future, this image also evokes a blank canvas, suggesting that the actual process of the picture’s creation has yet to commence. Indeed, this exquisite documentary feels as if it’s being made in the moment, as Bentgen frequently establishes potentially significant situations or events, only to set them aside to practically wipe the slate clean and move on to something else. This approach gives the film an atmosphere of endless experimentation, which compliments the constant revision his subjects apply to their lives in the wake of their economic insecurity.

The film is ostensibly concentrated on a grueling I-500 snowmobile race held amid the harsh winter landscape of Michigan’s northern peninsula, though it becomes apparent, through Bentgen’s own pensive and austere photography, that the filmmaker is more interested in painting a portrait of a community. Bentgen lingers on playfully tedious moments such as dinner-table conversations and extended snowmobile practice runs in order to convey the carefully sustained lifestyle these Midwestern natives have crafted for themselves over time and that’s now being threatened. Throughout, the I-500 race, and all the preparation and practice that goes into it, comes to be seen as nothing more than a mere distraction from economic hardship. The prospect of these individuals overcoming adversity by succeeding in a race may flirt with the trappings of a formulaic sports drama, but Bentgen shuns the conventionally bathetic through his coolly restrained style and ellipses, which never provides any narrative context or formally introduces or identifies any of his subjects; it isn’t even understood until well into the film, once characters begin talking after a protracted opening silence, that the setting is America.

In a running motif, Bentgen regularly evokes parallels between the human body and machine: While racers work to improve their snowmobiles, one man’s wife continually works out in a gym, preparing for a bodybuilding competition. As Bentgen explores the different recreational possibilities this Michigan region offers its populace to cope with the anemic economy, the film is always on the cusp of rewriting itself, which is elegantly echoed in a dialogue shared between a child and a relative: As the child describes his desire to be a dancer, the relative playfully derides him by rattling off a litany of glorified professions the child claimed to have a passion for before moving on to something else. To this extent, Northern Light, like the lives of its subjects, never precisely feels finished. As the serene and ambiguous final shot implies, some seemingly important events in the present are only incidental moments in the immense scope of a lifetime, and, regardless of the outcome, all one can do is simply move on.