Bestowed with a somewhat novel twist, Park Hoon-jung’s New World employs the good-guy/bad-guy power dynamic of the typical cop-gangster flick and treats it as the primary source of the story’s intrigue. But the mole-embedded gang war at the heart of this film plays out less like an organic round of Go between cops and criminals than the elaborate scheme of one character operating like a sadistic Creator and wreaking havoc in the lives of his ants.

The seemingly omnipotent mastermind is neither a criminal genius nor dirty cop, but something/someone in between: police boss Chang (Choi Min-sik), who infiltrates a Korean criminal network fronted by a corporation called Gold Moon. He installs a number of spies into the gang for an intimate degree of intel—most of them don’t know the others are informants—and then plays them off each other alongside the gangsters in order to pick off throne successors one by one before the Gold Moon board of directors makes its final decision in selecting a new gang boss. Park’s twist is that Chang doesn’t want to dismantle Gold Moon, but to get the police to secretly take it over. His number-one confidante, Ja-sung (Lee Jung-jae), finds himself increasingly entrenched, powerful, and subsequently vulnerable within the Gold Moon organization, until a long series of maneuverings and deaths magically catapult him into gang-boss position. Like most magicians, Chang never reveals his tricks. Ja-sung’s mental health is virtually nonexistent throughout the film (the opening brutally explains how Gold Moon rats meet their end), but his desperate pleas to his mad-genius boss go ignored or mocked. While it may seem like Chang has the entire deck up his sleeve, Park lets Ja-sung have the last laugh in a twist ending.

With all these shifts and turns and twists and what not, New World is densely maze-like. Given the large cast, it takes time to lay out the cleverly constructed fall for every gangster and cop, and Park ensures there’s nonstop wise-cracking dialogue in between all the murders (one could call New World a gangster chamber drama, but that wouldn’t take into account its sardonic comedy). Yet the film imagines itself to be more intelligent than its labyrinthine script would suggest. The final twist, choreographed to be shocking but rewarding for the viewer, becomes the logical choice for Ja-sung, yet it feels somewhat predictable. One could argue Ja-sung’s decision is scripted intentionally to be foreshadowed, but Park spends so much time luxuriating on the victory it denies the film from delivering on its larger ideas about Ja-sung’s choice and the blurred line between law enforcement and criminality.

Some of these characters play off of each other brilliantly in delivering their “gotcha” barbs, but the film’s steady stream of witticisms, written in the same minor chord, begins to tire after the first hour. Choi’s Chang is elegantly low-key and nonchalant, and the obnoxiously boisterous gang heir Jung Chung (Hwang Jung-min) is also a welcome performance in a film loaded with jaded characters. The film ends not on one, not two, but three epilogues, each more unnecessary than the last, using cool demeanors, snappy cigarette-lighting, and graphic violence as a chic display of smug cleverness that just about sums itself up: This is action-thriller feather preening, but all the wit in the world can’t hide the narrative sprawl that rots from within. 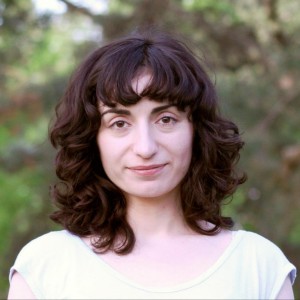 On the Rise: Shailene Woodley