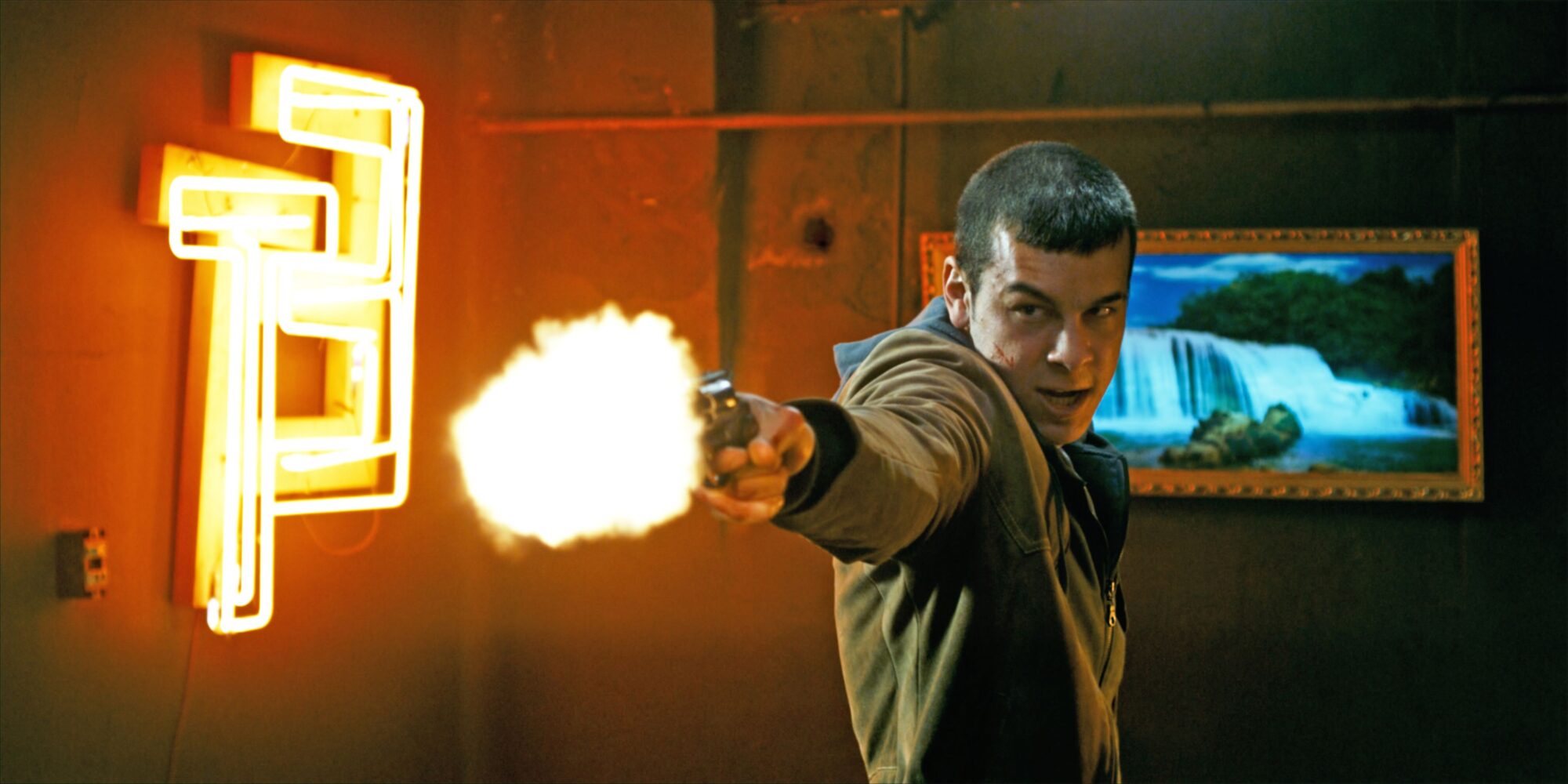 Paco Cabezas’s Neon Flesh is a seedy, hopped-up film about superficial crooks who like abusing women and enjoy being unlikable. Cabezas, a deeply confused Guy Ritchie rip-off artist, only seriously attempts to humanize the film’s three main protagonists, wannabe crooks that open a brothel, during the third act. By then, though, seeing these petty characters’ plans inevitably blow up in their faces does nothing to convince us that they aren’t just scummy, one-dimensional goons.

Even if you ignore film’s abject rudderlessness, you still have to contend with the myriad stylistic cheap tricks Cabezas stole from Ritchie, like his thrice warmed-over use of slow motion coupled with posturing voiceover narration. (At least Ritchie’s gangster films interrogate, if dimwittedly so, their glossy images of self-obsessed thugs doing their thing.) With no slick moves and no brains backing its skuzzy narrative, Neon Flesh is just a proudly tacky film about unconscionably tawdry people.

Ricky (Mario Casas) wants to open a brothel called the Hiroshima to honor his mother, a prostitute who’s about to be released from jail. He enlists his violent and myopic buddies Angelito (Vincente Romero) and “The Kid” (Luciano Caceres) to help acquire prostitutes for this endeavor. This includes kidnapping Mobila, a pregnant illegal immigrant, and stuffing her bound and gagged into the trunk of a car. The worst part about this scenario is that, because Cabezas introduces each character with faux-dynamic nametags that show up around characters whenever they first appear on screen, Mobila’s nametag appears above the trunk the Kid stuffs her into.