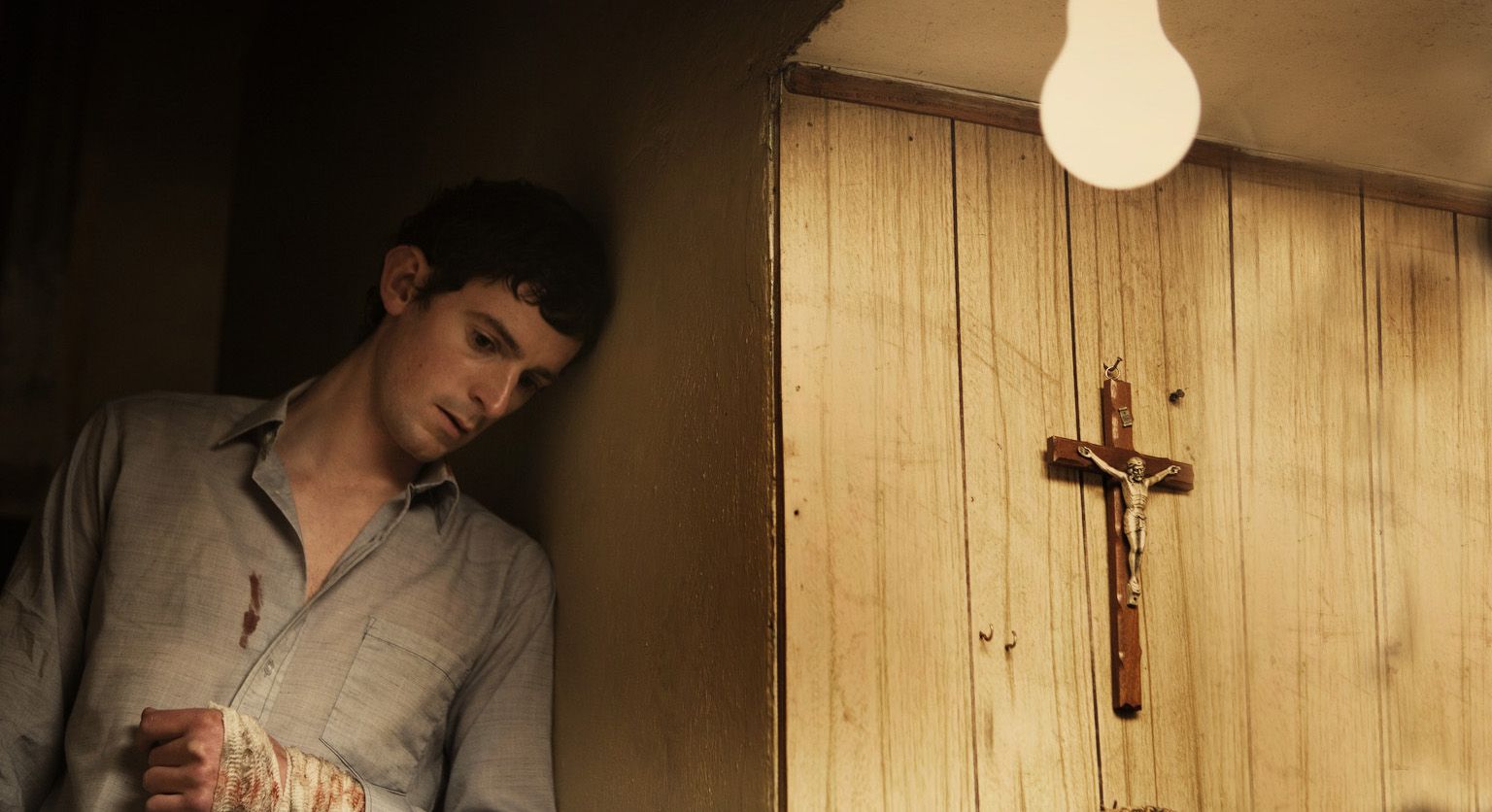 An uncommon example of purely allegorical cinema, Paul Fraser’s My Brothers foregoes plot almost entirely in favor of thematic resonance. The characters, their objects, and the situations in which they find themselves are so clearly representative of big, clunking abstract concepts that the film quickly becomes all subtext and no story. Whatever motivation high school upperclassman Noel (Timmy Creed) might have for borrowing his terminally ill father’s wristwatch at the film’s start is inconsequential; similarly unimportant are the reasons why a gym classmate would then single out both Noel and the watch for abuse while distributing some hot-tempered lumps. What matters, naturally, is that the cheap time-keeper represents the life of Noel’s father as blatantly as an hourglass would have, and that Noel’s subsequent road trip to replace the broken possession is a necessary gesture of denial toward the imminent dwindling of that life. The movie moves on from this unlikely exposition with such increasing metaphorical investment that it practically becomes a parable, while harsh, metallic photography (skin tones look like pale copper in faint light) further suggests that we’re witnessing a dream. But the network of signage we’re offered in place of narrative reveals itself as so shallowly designed that symbol eventually becomes indistinguishable from contrivance.

For example, is the irrepressible affection felt by Noel’s youngest brother, Scwally (Tj Griffin), for Star Wars an analogy for the tyke’s as-of-yet un-perverted idealism, or an expression of it? The detail functions as both, but is eloquent as neither. (One could similarly question Scwally’s flippant acknowledgement of his father’s impending expiration: “If Dad dies over the holidays, do we still get time off from school when we go back?”) When Noel borrows his boss’s bread truck and takes off across the Irish countryside on Halloween weekend in search of a new watch, he brings along both Scwally and a middle brother, the chubby and asthmatic Paudie (Paul Courtney), partly out of necessity; the fateful fisticuffs that damaged the face of Daddy’s watch also broke Noel’s left arm. So, to recap: The road trip is life itself, or rather the way life becomes a journey taken toward independence from one’s parents. And though this trek cannot be made without one’s siblings (in this instance, Paudie manages the stick shift), it’s ambiguous whether those siblings are more of a hindrance than a help along the way. Ample evidence for the former is offered when flatulence on Paudie’s part suspiciously corresponds with a flat tire.

There’s an indisputable neatness to all of this symbolism, but the lack of sensuality throughout misses the whole point of allegory—to enliven what are often tediously didactic morals or unimaginative observations with haunting surrogate images. It’s not reprehensible, then, that My Brothers consists mostly of mundane reflections about growing up, but that none of its scenarios are stirring regardless. At one particularly foul juncture, a pedophile tempts Paudie with rousing sports-celebrity stories, hinting at the exploitative side of boyhood sexuality; this failed seduction is so pathetic that it undermines whatever truth the sequence might have possessed about the trauma of maturation. Fraser also appropriates the dead whale from the denouement of Fellini’s La Dolce Vita for no good reason other than the need for an occasional moribund totem to crack the otherwise jocular tone. (The boys also encounter a painfully foreshadow-y funeral procession earlier on.) These thin moments of character development can barely pull their weight of what their surfaces show, let alone that of the coming-of-age significance Fraser hitches to their underbellies.