Perhaps the most played-out genre in any part of world cinema is the serial killer thriller. Nearly every region on the planet has their own version of it, and after the success of The Silence of the Lambs and Se7en, one would be hard-pressed to find another film to introduce any kind of freshness or lasting impact to the genre. Bong Joon-ho’s Memories of Murder is really no exception, though it most definitely has aspirations to be more than a procedural about a slice-and-dicer. But the tropes of the genre are still all too evident, despite the film’s lush visual sense. It even has the opposing-detectives routine: one (Song Kang-ho) a steely, instinct-driven cop who catches criminals based on studying their faces when he’s not baiting them into confessions, the other (Kim Sang-kyung) a mellow, anal-retentive type who balks at the former’s methods. And a third (Kim Nae-Ha) is thrown in for good measure, a blustering hothead prone to bursts of random violence. The culprit in this case is a true sicko: a killer with a penchant for attractive young women, who commits his heinous crimes in the rain (echoes of Se7en abound) and likes to insert objects in the victim’s vaginas (one instance involves wedged peaches—somewhere John Waters is smiling). It must be said that you don’t see a murder-mystery set in Korea very often, so the film’s local color gives it some leverage, as does the film’s off-kilter sense of humor (one funny bit has one of the detectives milling around a bathhouse because he is certain the slasher has no body hair). But for a film about women getting brutally attacked and dispatched, the movie has no sense of urgency or underlying dread. Though based on a true story, the film sometimes feels like an episode of CSI: Korea, with a few F-bombs thrown in for good measure. And some of the visual metaphors are clunky, most notably in a jump cut of a woman lying on a table to a shot of raw meat being tossed onto a fryer. The film is overlong at 132 minutes, but never dull or predictable, especially in delivering an ambiguous ending that goes against the grain of most Hollywood slasher films. One wishes it strayed even further from the land of the Hannibal Lecter, then we’d really have something.

Broker Review: A Humane, If Sentimental, Examination of a Chosen Family 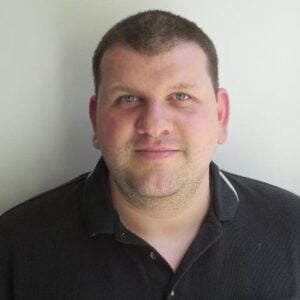