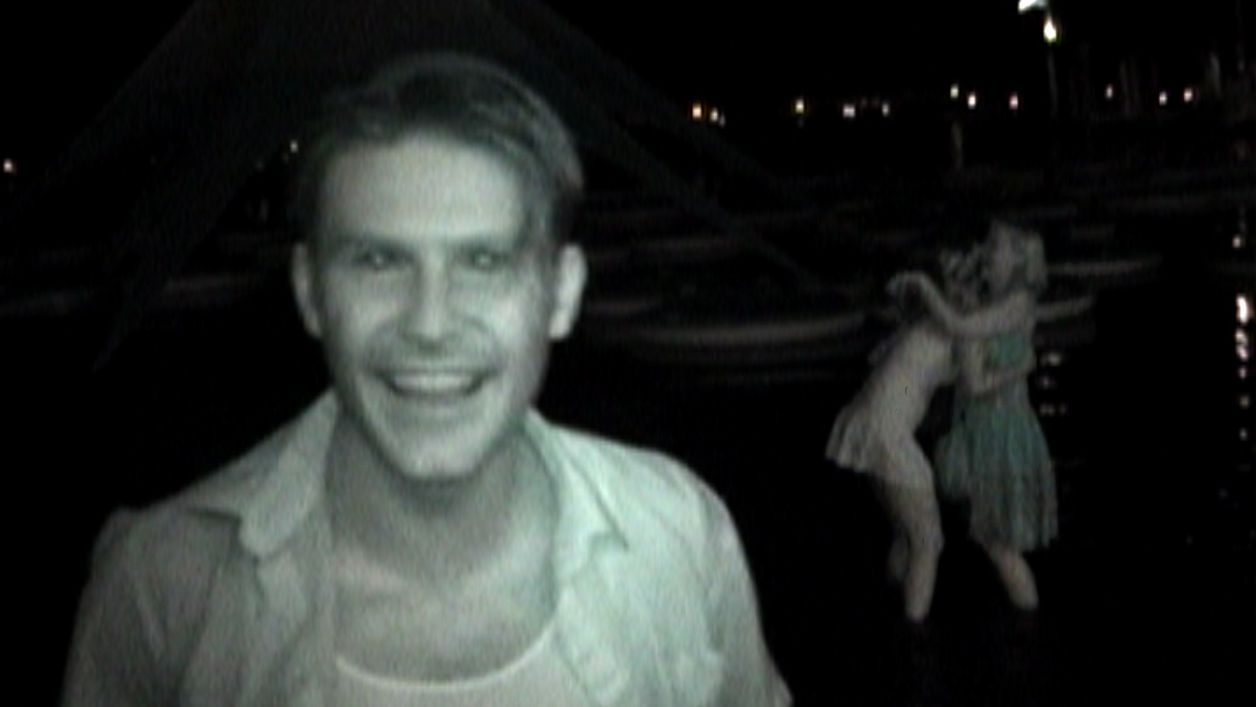 For those who didn’t get enough of Iraq on their movie screens over the last six years, here’s Memorial Day. Because apparently what we need is not only one more shitty film about the occupation, but one more shitty film about the occupation which consists principally of a brutalizing, unreflective restaging of Abu Ghraib, which pointlessly links the aggressive attitudes of the American soldier to that of the spring-break reveler and which places the blame for U.S. wartime atrocities squarely on the shoulders of the average army grunt.

Playing like a particularly crude vacation home movie, Josh Fox’s pseudo-doc begins with a handful of monstrously boorish, intensely hateful individuals making their way down to Ocean City, Maryland for Memorial Day weekend while the director pointedly intercuts a series of signs spouting patriotic platitudes (“Feeling free? Thank a vet.”) and plays radio clips of George W. Bush’s overly familiar inanities. Over the next half hour, these men and women get ripped, flash their breasts and dicks, engage in unspeakably lewd banter, and have sex in a crowded moving vehicle, the last activity quickly spilling over from tasteless but consensual intercourse into rape. The intense unpleasantness of the sequence is somewhat dissipated by the distancing of the (intentionally) inept camerawork, the poor lighting, and a melancholic mix of piano, strings, and electronics on the soundtrack which serve to slightly abstract the on-screen events, but the sense of brutality for brutality’s sake remains the dominant note struck throughout the sequence.

But who knew that the director was simply setting the scene for a pointless Abu Ghraib rehash? Suddenly, we find out that our spring breakers are actually soldiers and their behavior at Ocean City quickly carries over into the barracks and prisons of Iraq. In one of the first military scenes, a group of soldiers hazes one of their fellows by holding him down and shaving his balls, the parallels to the rape in the first section made clear as a bare-chested enlistee straddles the hapless victim. From there, it’s a quick leap to the sexual humiliations enacted against Abu Ghraib detainees. Filmed through the same rough home-footage aesthetic as the Ocean City scenes, though with slightly more coherent imagery, the prison sequence, which comprises the film’s entire second half, find the soldiers torturing their hooded prisoners, photographing them in compromising positions, and using their naked bodies as canvases for a particularly vulgar assortment of graffiti. In these scenes, interrogation is just an afterthought. This is nothing but some good ol’ boys (and girls) getting their kicks; just like at spring break.

Although the prison sequence makes a half-assed gesture of asserting the central role photography played at Abu Ghraib, and though the entire film is shot in crude mock-doc style, Fox seems uninterested in exploring the implications either of video/photographic imagery in the perpetration of wartime (or peacetime) atrocity or of the general exhibitionist impulse in American culture. Instead his aesthetic approach seems more the path of least resistance for the first-time filmmaker, since it precludes the pesky problems of shot composition and scene blocking. Whereas Redacted used its video filters to comment on how different televisual layers dictate the way information reaches the public, and Standard Operating Procedure used the events of Abu Ghraib to interrogate the nature of the photographic image, Fox’s decision to foreground the physical processes of his own film means little more than that the Girls Gone Wild world of the first section looks equally as crummy as the Soldiers Gone Wild world of the second.

Then, too, the director’s critique of the U.S. imperialist mindset is both simple-minded and misplaced, limiting the blame for the on-screen atrocities to a series of boorish, amoral soldiers and failing to adequately explore the circumstances that allow for the perpetuation of that mindset. (And staging a scene where the characters microwave toy soldiers to Wagner’s Ride of the Valkyries doesn’t count.) Despite a few perfunctory mock interviews with the characters, which offer only the barest minimum of insight into their warped thought processes, the soldiers are never characterized; the men are little more than unredeemable monsters and the women are scarcely any better. Hardly the most promising strategy with which to interrogate the nature of American military abuse, but then Fox isn’t interested in getting too wrapped up in reflection.

To simply show bad behavior, however, is not to adequately critique it. Given the incoming administration’s reluctance to prosecute their predecessors over their torture of prisoners, the film might have had some contemporary political relevance, but simply rehashing the well-documented events of Abu Ghraib and limiting the blame to the direct perpetrators hardly justifies subjecting the audience to such a noxious round of unpleasantness. Neither enlightening nor cathartic, Memorial Day is little more than a pointless exercise in brutality.