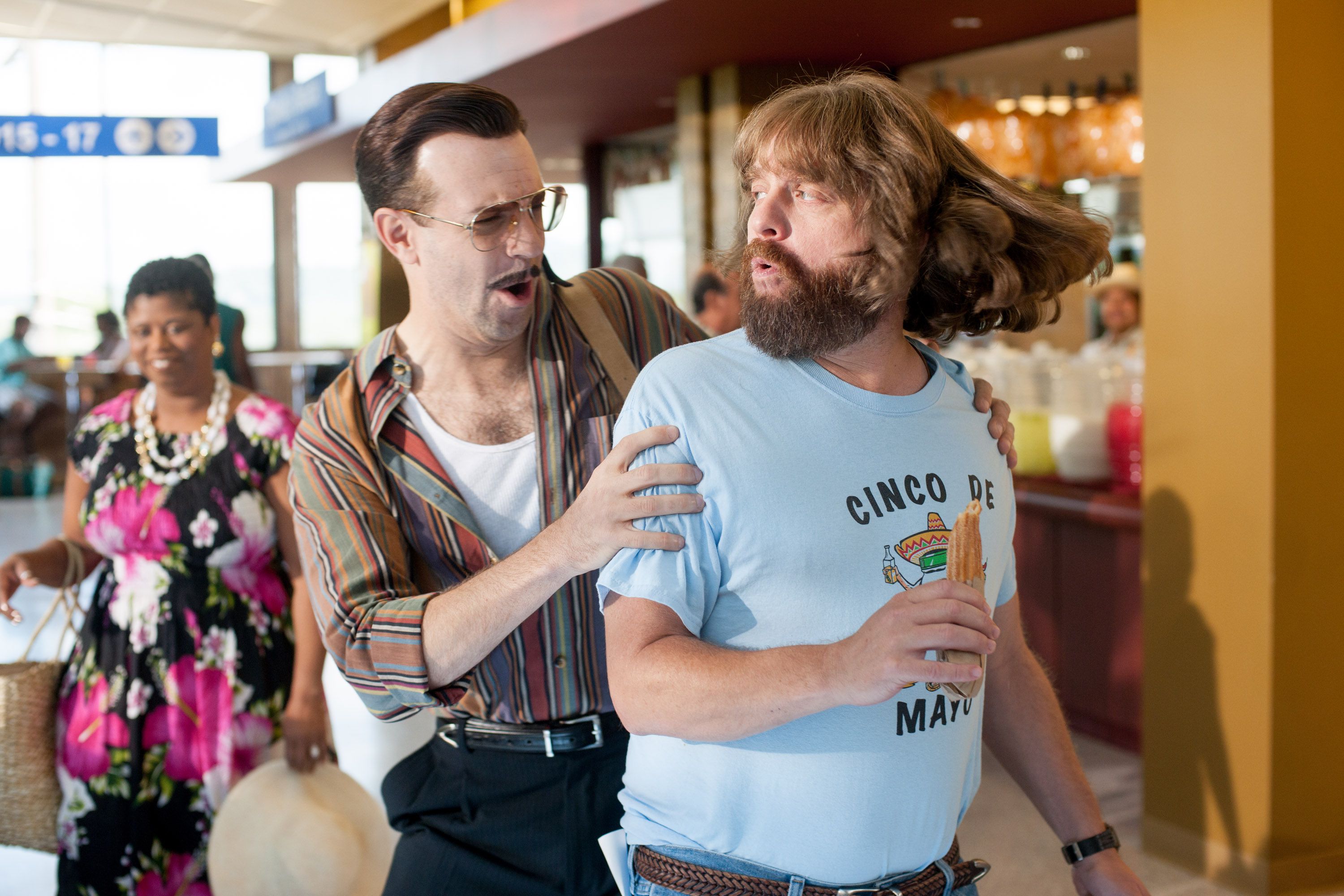 Ever since he debuted with 2004’s cultishly adored Napoleon Dynamite, Jared Hess has been cranking out broad comedies about loveable losers whose ineptitude is magnified to the point of absurdity. As in his other films, the humor in Masterminds often curdles into reverse-snobbish condescension toward its too-dumb-to-live characters. But this one spends more time than its predecessors in a comic sweet spot, thanks to a gifted cast that milks moments of inspired slapstick, goofiness, and pathos from a script whose thin, generic arc seems engineered to encourage improv.

Based—presumably very loosely—on a true story, Masterminds is a heist caper on helium. Dave Ghantt (Zach Galifianakis) is in a safe but stultifying rut when his former colleague, Kelly (Kristen Wiig), takes advantage of his huge crush on her, convincing him to be the inside man for a robbery of the armored-vehicle company where he still works. Kelly’s accomplices—her friend, Steve (Owen Wilson), and his wife, Michelle (Mary Elizabeth Ellis)—only get contempt from the filmmakers as they splurge on a series of rapidly escalating indulgences after the heist, many of their purchases as pointedly low-class as the KFC chicken they serve a guest in their kitsch-stuffed mansion.

Dave doesn’t get much more respect, his combination of bangs and shoulder-length hair (“lady hair,” as one character puts it) with a full beard and mustache making him look as laughable as his nasal drawl makes him sound. But like Amy Ryan in Hess’s Don Verdean, Wiig plays her role relatively straight and with touching emotion, an emissary from another world in which people experience recognizable human emotions. Kelly’s concern and evident fondness for Dave humanize him somewhat, as does the sheer sweetness of Dave’s dog-like excitement at the slightest sign of interest from her.

Two of Wiig’s Ghostbusters co-stars, Kate McKinnon and Leslie Jones, are underutilized in supporting roles, but the former earns a few belly laughs as Dave’s spurned fiancée, Jandice, carrying herself as if her entire body had been Botoxed. Committing with her trademark oddball intensity to the potpourri of weirdly awkward poses that Jandice and Dave assume for a photographer, McKinnon makes the couple’s engagement photo shoot by far the funniest of several montage spoofs scattered throughout the film.

Also funny for its weirdness is an excruciatingly awkward kiss Dave plants on Kelly after donning a disguise to go on the lam. Wearing eerie-looking contact lenses and a blond wig that make him look, as he puts it, “like if Jesus and a cat had a baby” as he leans toward her, the crazed look of his wide-open eyes contrasts kookily with his romantic body language. For every ingenious bit like that kiss, several other jokes land with a thud, like all the business about butt cracks, egregiously bad wigs, and unintentionally fired guns. When Kelly sends Dave to Mexico to lay low after the job, the emotional stakes get even lower and the laughs a lot more sparse, in what turns out to be a succession of failed jokes punctuated by a few cathartic laughs.