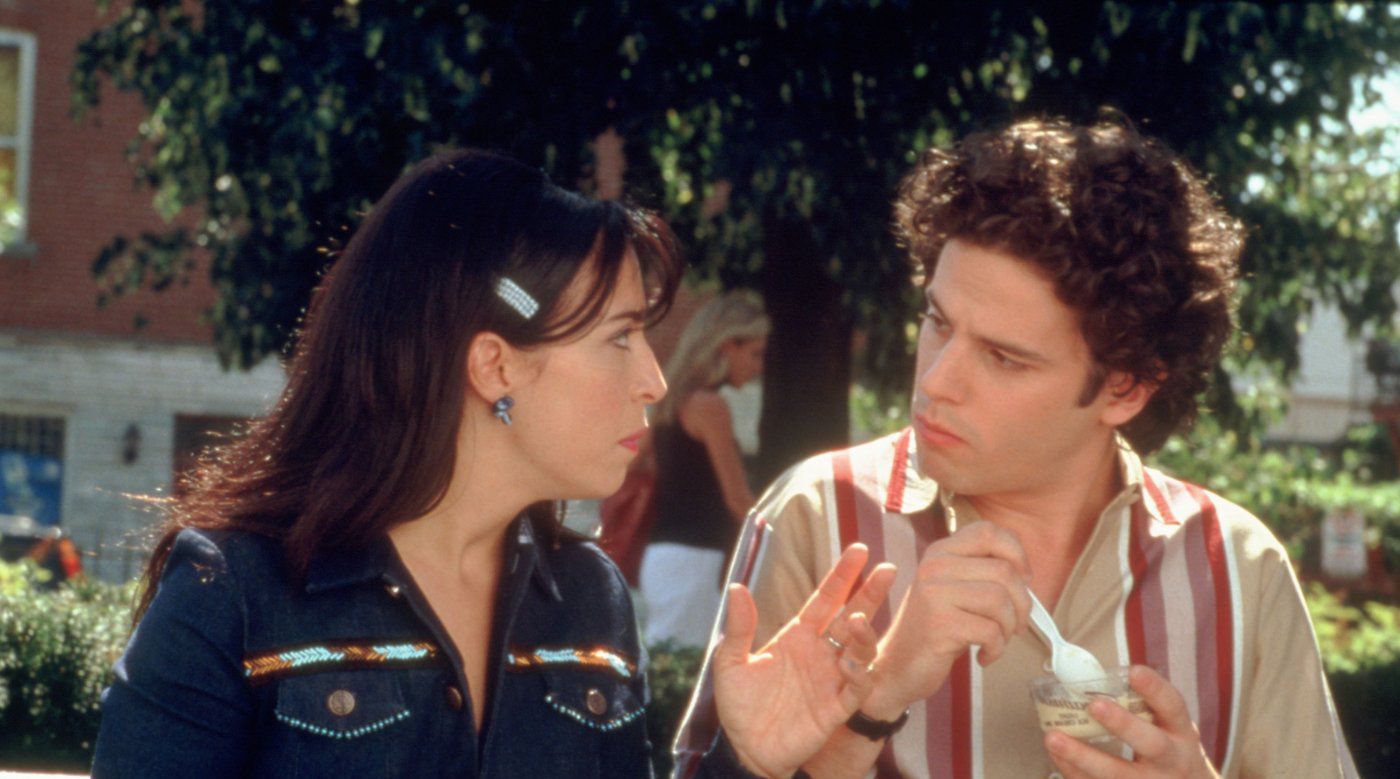 Somewhere in Montreal’s Little Italy, Angelo Barberini (Luke Kirby) finally moves out of his ultra-conservative parents’ house and into his own apartment. His best friend from childhood, hunky ex-prom king Nino Paventi (Peter Miller), resurfaces years later as a cop and moves in with Angelo. It’s only a matter of time then before one closet case spills the beans and their respective families must grapple with the implications of having queer sons. Émile Gaudreault’s comedy Mambo Italiano could have just as easily been called My Big Fat Gay Italian Wedding, not just because this shrill ethnic vaudeville is another bad TV sitcom trying to pass as a motion picture but because it’s actually trying to pass as a parody of the Nia Vardalos mega-hit. The film’s queens are dated caricatures of the self-hating queer: they’re more lesbian or metrosexual than homosexual; live in their self-imposed closets with extreme comfort; and venture out in the film’s “gay village” as if they were partaking in an anthropological study. Every hysterical rant in Mambo Italiano is preceded or followed with lines like “because we’re Italian” and “because I’m Sicilian” (the Italians get to reenact scenes from The Godfather and the fag hags get to have oral fixations), and as such it’s considerably rough going until the genuinely liberating final minutes when Angelo reworks the film’s ethnic freakshow into a top 10 TV program and subsequently gives Mambo Italiano a self-conscious edge. Angelo is a budding TV writer and though his Almodóvar-lite flights of fancy make for the film’s funniest bits, it’s still difficult to distinguish where the fiction ends and the reality begins. That’s probably because Gaudreault either doesn’t know how Italians and gays behave in millennium-era North America or actually means to suggest that life is one big fat melodrama. Since the script (an adaptation of a play by Steve Gallucio) is more self-aware than Gaudreault’s direction or the film’s performances ever are (Rossy de Palma lookalike Ginette Reno is a notable exception), the former seems more plausible.