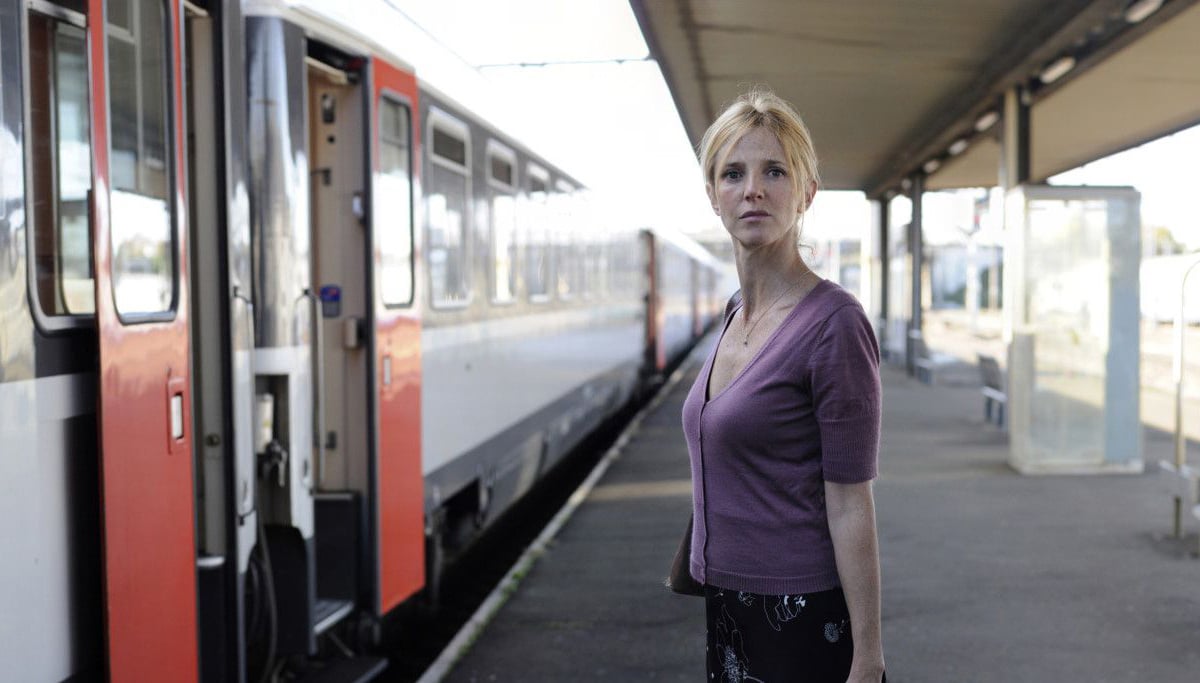 Unlike the similarly bucolic and gesture-driven milieu of French films such as Claude Berri’s Jean de Florette or Olivier Assayas’s Summer Hours, Stéphane Brizé’s Mademoiselle Chambon is more fascinated by how an individual can become entrapped by his or her singular essence. At its most gently successful, the movie is a character study with intensely baroque observations; at its more noticeable nadir, however, it’s a trite and partially incomprehensible ersatz-tragedy.

The film’s protagonist, Jean (Vincent Lindon), is a middle-class mason who falls for his grade school-aged son’s teacher, the mademoiselle of the title (Sandrine Kiberlain), after she inspires within him a passion his more pragmatic wife (Aure Atika) fails to incite within the deadened restrictions of child-centric domesticity. What’s crucially inventive about director Stéphane Brizé’s exploration of this franc-a-dozen premise is that Jean’s life before Mlle. Chambon never seems stifling or even particularly unfulfilling. We see Jean happily fumbling over his son’s language homework and tenderly caring for his sickly father; these scenes establish a false sense of propriety that the movie desperately needs for its central love story to feel star-crossed, but they also provocatively suggest a man who interprets masculine nobility, at least in part, as genetic stewardship. And Lindon renders the manual intelligence of his wood-working, house-building everyman with peculiar sensuality: His large hands never seem leathery or worn, but kinetic and mystical, expressing even while stationary all the muddied feelings that never quite reach his brain.

The space where Jean and Mlle. Chambon meaningfully communicate is thus a visceral, nonverbal zone. While he fixes her windows she plays the violin for him—we note, too, the digital dexterity required to manipulate string instruments—and he realizes that there’s a life beyond the dutiful and the tactile. Photographed in cinemascope, presumably to allow Brizé to impose visual metaphors for the vast stretches of emptiness that transmissions from character to character are forced to traverse, the scenes that build the film’s romance brick by brick are handsomely delicate; Chambon’s apartment reeks of the cinematographically elysian, but the staging of mannered awkwardness never feels gratuitous, and we’re taken aback whenever Jean’s face fills up with quiet, otherworldly pain.

The moments that follow the couple’s mutual, empathic discovery, however, are laced with contrivance and sentimental confusion; from there on, the film focuses on how Jean grapples with his forbidden fruit rather than exploring how his encounters with the mademoiselle have mutated his glacial perceptions. And gradually, Brizé begins to succumb to cliché: the unbroken shot where Jean and Chambon first make bodily contact feels dusty and anticlimactic rather than softly triumphant; Mlle. Chambon’s elongated neck and honeyed, Aryan features are ham-fistedly yin-yanged with the brunette orderliness of Jean’s wife; and Jean’s frustrated fingers even begin to take on an oddly masturbatory aura, a hackneyed motif that daintily exposes itself with the assistance of a limp baguette. The predictability of the ostensibly heartbreaking resolution aside, we’re never quite convinced that these individuals deserve to be anything more than platonic but intimate friends; as Jean’s newfound femininity blossoms, Brizé neglects to address the filial ripples, for example, this personality metamorphosis may provoke.

If the information compiled in the French Wikipedia page on Mademoiselle Chambon is accurate, then the version reaching U.S. shores has been pruned by an entire third, which makes one hesitant to pass definitive judgment; poetry often resides in the fleeting details. But in the case of Mademoiselle Chambon, the incisiveness of those details prove as deliquescent as the film’s attempted love story. I’d offer the same advice to both Brizé and his main character Jean: Rather than mining despondency from what cannot be had, why not nurse what positive change that unattainable desire has catalyzed?