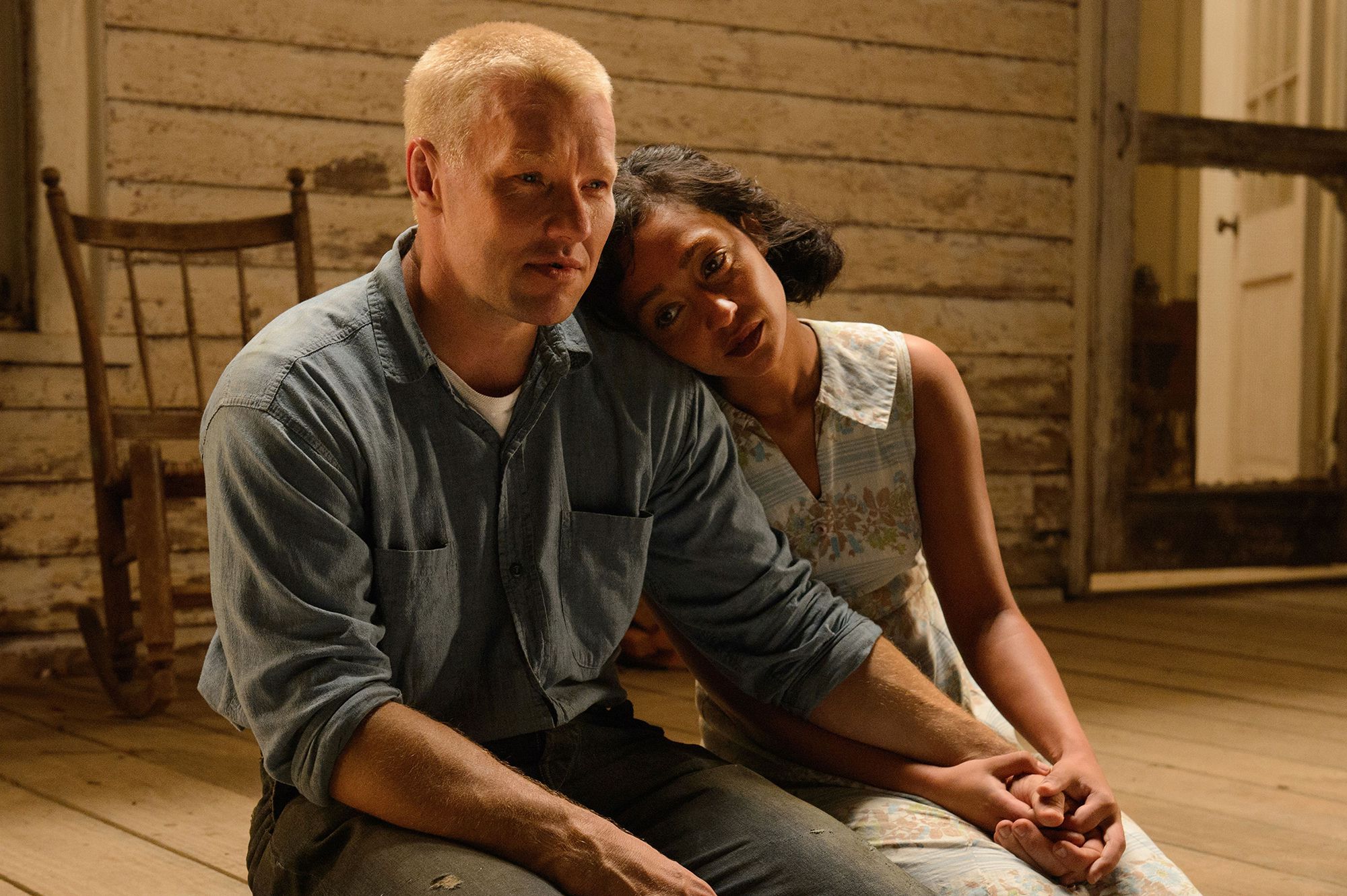 At its finest, Loving draws on the bedrock of tensions in a rural community setting better than any film Jeff Nichols has made since his little-seen debut, Shotgun Stories. Nichols has since directed a sci-fi road movie (Midnight Special), a coming-of-age-oriented Stand by Me riff (Mud), and a psychological drama (Take Shelter), all of which took certain gambles with story or style he couldn’t quite carry off. Loving sticks to a kind of prestige-film template (the social-realist melodrama), but it finds little grooves of humanity to explore in its characters, and in its milieu, in between the expected plot beats.

The film’s first third traces the ordeal faced by interracial couple Richard and Mildred Loving (Joel Edgerton and Ruth Negga) in Virginia’s Caroline County, as they travel outside the state’s borders to marry in D.C. Almost immediately upon their return, Richard and Mildred are locked up for “cohabitation” and Mildred has to spend a weekend in the county jail. Richard hires a lawyer, but the best he and his new wife can hope for in early-1960s Virginia is a 25-year ban from being in the state together at the same time.

The action then shifts back to D.C., where the couple spend five years raising three kids and trying to get situated to city life. Finally, Nichols gets to the civil rights case that is the Lovings’ legacy, finding some momentum as he bares down on a procedural plot, which follows the ACLU’s legal team (Jon Bass and Nick Kroll) through initial losses at the county and state levels, and a historic, unanimous ruling from the Supreme Court (one which would later lead to the repeal of country-wide anti-miscegenation statutes).

Nichols also introduces some of his genre-honed craftsmanship into Loving, as in a tense, late-night drive to Virginia from D.C., where Richard and Mildred secretly return in order to give birth to their first child. The sequence lends a brief jolt of tantalizing suspense to what is more often a formally reserved film, one that otherwise benefits most from convincing moments of intimate, interpersonal drama from its actors. Edgerton and Negga in particular are able to shape the individuality of their characters with small differentiations in how each responds to the various trials they face together.

Richard is prone to nervousness and evinces a desire for privacy throughout the film. He’s worried that even the good publicity his case gets from media outlets like Life magazine can threaten his family, and frustrated that his efforts alone aren’t enough to protect them. Negga emphasizes Mildred’s dignified strength and resilience, and the spark of excitement she gets out of being a part of the civil rights movement. Both performances believably progress the story through years of a marriage, and if the film never really allows any serious tension between Richard and Mildred, the actors stake out scenes to show how their characters’ differences in opinion could have caused some distance between them over a long period of time.

American auteurs like Clint Eastwood and Martin Scorsese have proven that a standard historical drama can be given further dimension and importance through an identification with modern cultural realities, or by tapping into more universal concerns lying just beneath the surface. And while Loving isn’t exactly a history lesson (the honest quality of scenes like that first one elevate our emotional engagement with Richard and Mildred’s struggle), it still tends toward a respectful and refined approach. Had Nichols shown more of a willingness to upset that stability, by embracing the trace genre influence at the margins, he might better honor this material, and at the same time more effectively connected it to the urgency of racial injustices today.