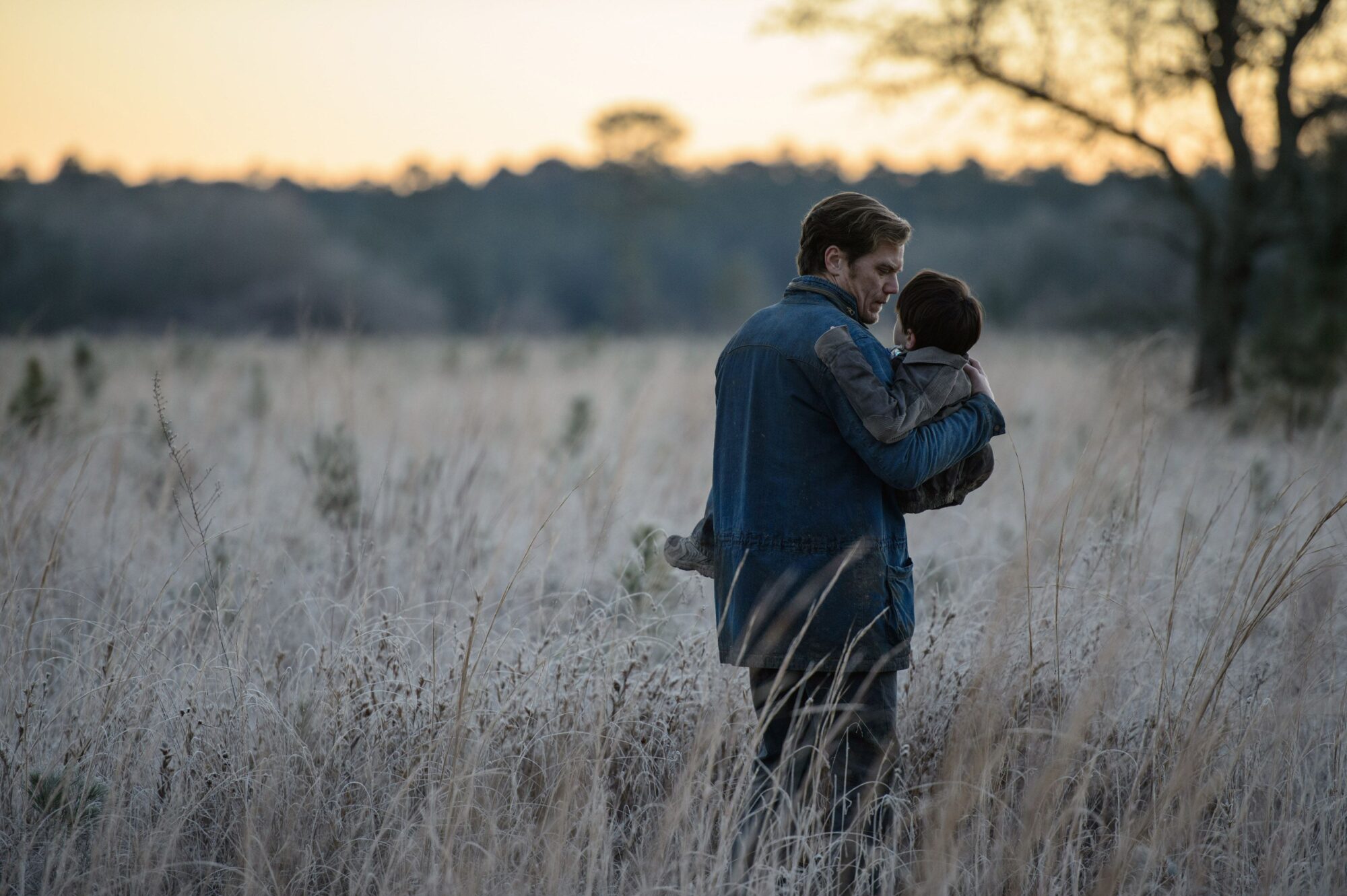 The opening scene of Midnight Special is a model of economical visual storytelling. The noise from a television establishes the setting around Fort Worth, Texas, where the local news broadcasts an Amber Alert for a missing child, Alton Meyer (Jaeden Lieberher). A taped-up peephole informs us that we’re in a hotel room, where the windows are covered in cardboard and duct tape. As men tinker with guns, a child sits on the floor, playing with a flashlight while covered in a white sheet. By the end of the scene, a couple of things are clear: Alton is in the hotel room, as is his suspected abductee, Roy Tomlin (Michael Shannon), and an accomplice. But further questions arise. What does Roy want with Alton, and why is Alton wearing goggles and a pair of industrial-grade earmuffs?

With Mud and Take Shelter, writer-director Jeff Nichols has already used withholding narratives to weave distinctly Southern tales about fringe believers, survivalists who could also be seen as evangelists. Nichols was forthright about the motives of his protagonists (Mud’s title character sought to escape the world, while Take Shelter’s Curtis girded for its violent end), but cagey about whether their causes were worth believing in. Alton Meyer is another in Nichols’s lineage of would-be prophets, but in Midnight Special no one doubts the world-changing potential of the child’s visions. Roy, who turns out to be Alton’s father, shelters his son from the sunlight in order to tamp down the boy’s powers, which include the capacity to speak in tongues and project blinding beams of light from his eyes.

If Midnight Special is, at its heart, a work of science fiction, it rolls out like a chase film. With the help of his childhood friend, Lucas (Joel Edgerton), Roy has kidnapped the child from captivity at a compound run by a Branch Davidian-like cult that once counted Roy as a member. The sect’s leaders, among them the frighteningly calm Calvin Meyer (Sam Shepard), aren’t alone in trying to recapture the boy: An NSA analyst, Paul Sevier (Adam Driver), learns that Alton has somehow obtained sensitive government intelligence, the dissemination of which would be tantamount to treason. While Roy and Lucas shield Alton from religious henchmen and the roving helicopters and military checkpoints unleashed by the federal government, Nichols gradually gives shape to the nature and purpose of Alton’s supernatural abilities.

Given its twilit suburban adventures and encroaching security forces, the story exudes a superficially classical sensibility, recalling Starman, Close Encounters of the Third Kind, and last year’s Tomorrowland. Nichols has an easy mastery of pacing and tension, employing a churning sound design (and a pulsing score by David Wingo) that allows moments of occasionally bloody action to arrive with a frightening blast or a deep, quaking rumble of bass. Midnight Special moves with purpose to its final destination, but the film offloads too much baggage along the way. The motives of that ammunition-hoarding religious cult, for instance, seem tantalizingly undeveloped until the group is unceremoniously excised from the final act.

Nichols’s indifference to emotional logic is most sorely felt in his portrayal of Alton. The young boy, clad in those earmuffs and goggles, is too precious for this world, and the film treats him with utter seriousness. He only seems like a nine-year-old as he reads Superman comics, finding kinship with another tortured being; he betrays no humor or tenderness to his family. Midnight Special goes to great lengths to present itself as the story of a father who’s desperate to help his son fulfill his destiny, but Alton’s sense of purpose is leaden (“I saw the sunrise this morning. I think I know what I am now”) and Nichols’s outline of the family’s history is sketchy.

As Lucas, the only human being in the film who seems to be genuinely transformed in Alton’s presence, Edgerton gives a quietly heartbreaking performance, but Shannon is grave and determined throughout. The thorny potential of his character, an ex-fanatic who abandoned his child, dissipates as the film proceeds and Roy takes on the role of a bland protector. Nichols retains a bracing knack for producing apocalyptic drama in distinct, naturalistic environments, but his screenplays are still frustratingly choppy, bursting with ideas as they fumble with basic elements of dramaturgy. Midnight Special follows suit, starting off as a dynamic parable about faith before wilting into a glum and rather disingenuous paean to the family.