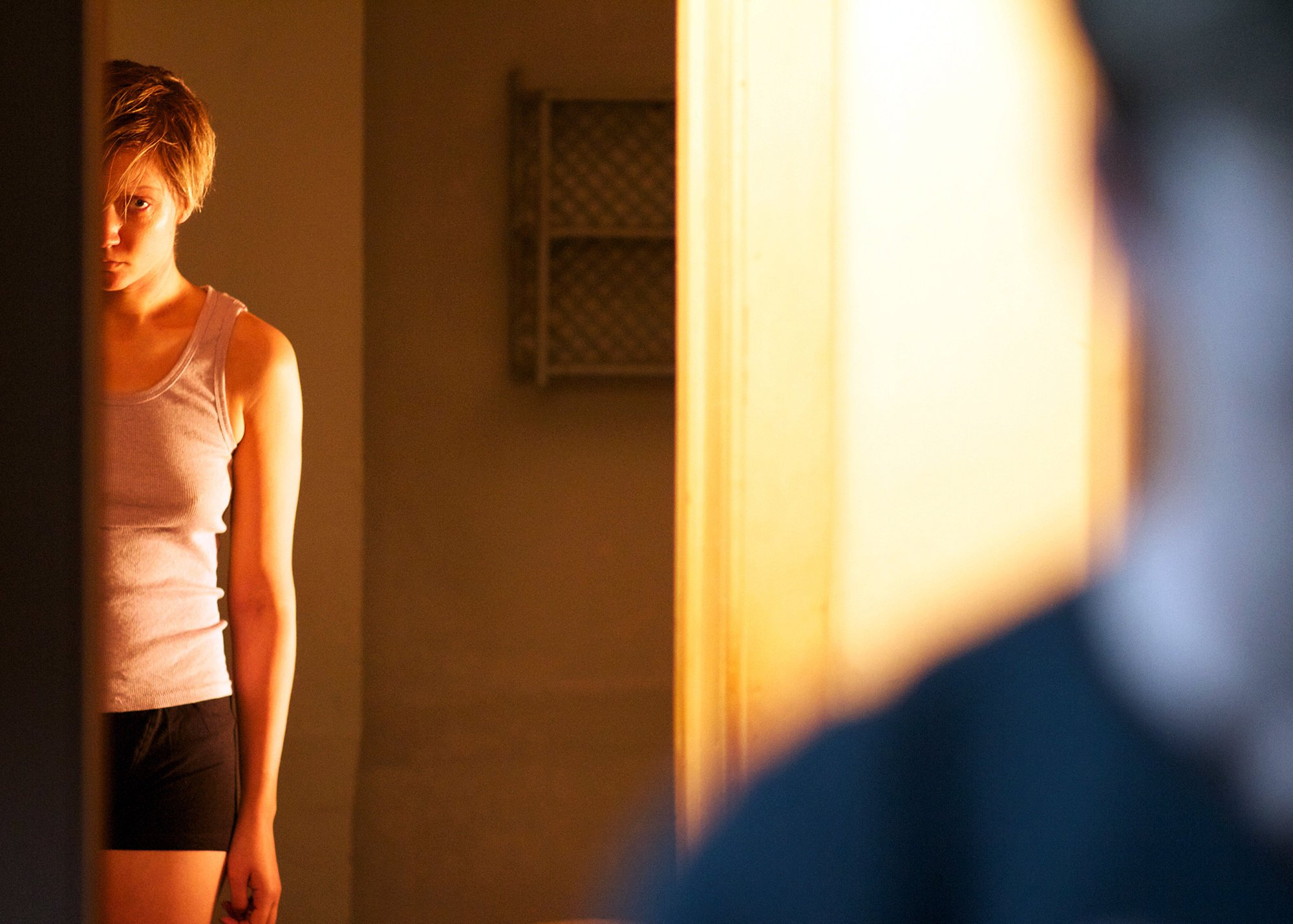 Already a Silent House redux, only now the aesthetic hook isn’t the marvel of a seemingly continuous take, but a half-assed fixation on two of the horror genre’s almost-dead horses: surveillance video and found footage. As Lovely Molly is directed by Eduardo Sánchez, who’s never lived up to the promise of The Blair Witch Project, it’s almost obligatory that half the film is from the POV of a video camera. Though the footage, recorded by hot-mess Molly (Gretchen Lodge), essentially functions as a window into a tormented mindset, a form of self-surveillance, it’s actually never found—except when her hubby, Tim (Johnny Lewis), stumbles across video Molly recorded of him in a pitifully compromising position. And as it’s never revealed that she’s the eager-to-please daughter of, say, Jim McBride, her perpetual need to record the world simply scans as an excuse for the filmmakers not to have to worry about good lighting.

Though Molly’s video fetish is ultimately a go-nowhere conceit, a means of obfuscating the plot, for a while the film does get by on the creepy sense that her camera is actually being manned by someone else, perhaps the same being that starts haunting the recovering addict come nighttime. Yes, two weeks after moving into the woodsy manse that belonged to her dead pops, Molly and Tim are already calling the cops to report strange noises coming from the first floor. From there, it’s over for everyone. As Molly struggles, largely by her lonesome (Tim’s a trucker and is almost always away), with the possibility of a ghostly intruder who keeps calling out to her with the gusto of a skeevy porn director, we’re subjected to eardrum-perforating buzzes and shrieks that don’t seem to register on her ear-dar; this is a two-for-one boo-fest that puts the screws to—and, finally, just screws—characters and audiences equally.

When Lovely Molly isn’t screaming at you, nervously jumping from video to film, or just boggling the mind with plot holes, it reveals a rather patient eye; a shot of Molly, tracked from behind as she travels the back corridors of her workplace, suggests that a great, straight-up horror flick can one day be made in the style of the Dardennes. But ultimately, the film’s inconsistent, largely bankrupt style is second to how hard and tackily it leans on the horror of child abuse to goose audiences. Maybe it’s progress that this film, unlike Silent House, doesn’t actually dance around the sins of the pervert father—or maybe it’s just TMI the way it rubs the heroine’s memory of her abuse in our faces. Like Molly’s own self-destructive behavior, the story merely adheres to contrived, predictable views of how the abused process and cope with grief—and such insults become Lovely Molly’s most effective horror.