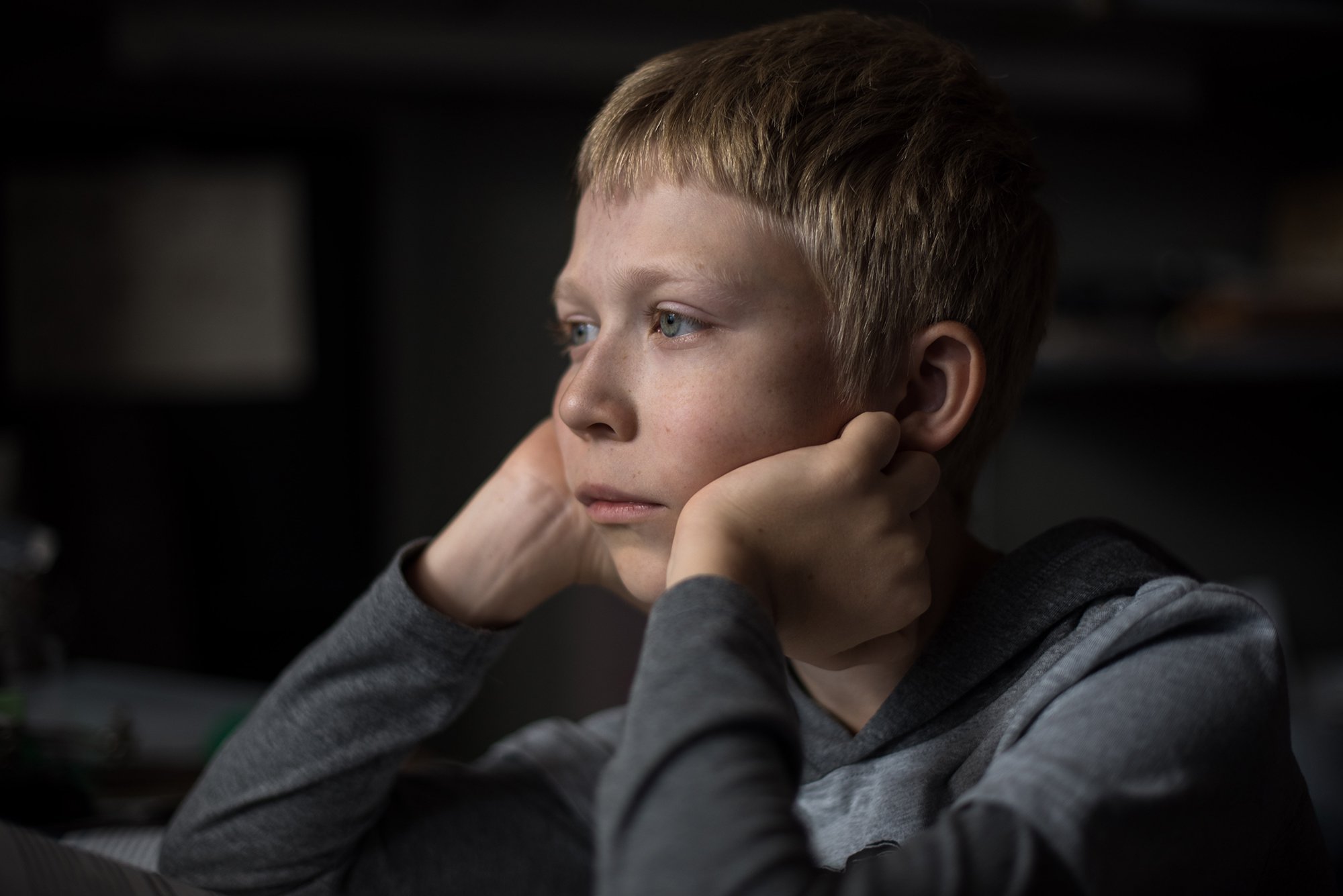 With one slip, Andrey Zvyagintsev’s films could devolve into cartoons of Russian miserabilism, as they walk a precarious tonal boundary separating existential poetry from political harangue. And the films largely benefit from this tension. His symmetrical images, elaborate tracking shots, and extended punctuations of silence bring to mind the work of acclaimed European filmmakers such as Michael Haneke and Ruben Östlund, who’re similarly drawn to themes of complacency and familial destruction. Yet, if Haneke and Östlund’s films often boil down to neat moral punchlines, there’s a quality in Zvyagintsev’s cinema that’s harder to pin down: an earnest sense of sadness.

Emotional reckonings certainly power Loveless, which could also serve as the title for any of Zvyagintsev’s other films. In an early scene, a 12-year-old boy, Alexey (Matvey Novikov), overhears his parents, Zhenya (Maryana Spivak) and Boris (Aleksey Rosin), arguing over who’s to get custody of him after their divorce. Neither mother nor father want Alexey, as Zhenya speaks of him with unbridled contempt that only grows more heated over the course of the film’s narrative, while Boris rouses himself to affect a bored concern for the boy that serves as a poor distraction from his obvious indifference to his family. Throughout the argument, Zhenya and Boris pace their apartment, which is small yet rich in the nesting spaces that Zvyagintsev adores, paradoxically suggesting imprisonment as well as the many nuances of even such an intimate domicile. We’re so caught up in Zhenya and Boris’s argument that we forget Alexey, until Zhenya exits the bathroom and flips the door closed to reveal the boy hiding behind it, his face aghast in despair and shock.

This tonal uprooting is a Zvyagintsev trademark. The parents’ argument concerns Alexey, who faces a child’s worst nightmare of abandonment. But Zvyagintsev absorbs the audience in the energy of the bickering couple, causing us to embrace the couple’s own myopia and to overlook a child who’s frequently forgotten until the totemic close-up of the boy’s face forces him back into our consciousness. Such a sleight of hand governs much of the film’s first half, as Zvyagintsev involves the audience in the respective lives that Zhenya and Boris are cultivating as an escape from their failed relationship. Zhenya is seeing Anton (Andris Keišs), an older and wealthy businessman, while Boris has moved on to Masha (Marina Vasilyeva), a younger, less challenging woman whom Boris has already impregnated.

Though these scenes indict Zhenya and Boris’s vanity, regarding them as they sleep with their new lovers and enjoy cushy respites, leaving Alexey to his own devices, Zvyagintsev’s long takes reveal the parents to be prisoners of self-hatred and terror. In a remarkable scene, Zhenya, who flirts with becoming a caricature of self-entitled monstrousness, lies naked on Anton’s bed and tells him that she was never loved by her mother, whose behavior toward her mirrors Zhenya own actions toward Alexey. Zhenya admits that she never loved Alexey or Boris, saying that she regrets not having gotten an abortion when she was pregnant with her son. The scene is an enthralling mixture of revelation, despair, and eroticism that’s exacerbated by Zhenya’s naked body and by Zvyagintsev’s gorgeously, geometrically sterile imagery.

In a conventional film, such a confession might be reserved for its climax, but Zhenya utters these sentiments throughout the narrative, often to Boris, beating him and us down with her accusatory self-pity, which is so magnificently awful that it threatens to become parodic. Yet Zhenya’s description of her state of “loveless-ness” to Anton seasons her actions, suggesting that conventional family life is an institutionalized perversion passed down from one generation to the next. Zvyagintsev rhymes stifling domestic rituals—including those of the obviously doomed relationship that Boris is forging with Masha—with the office protocol at the corporation where Boris works. Lunchtime has rarely looked so uncomfortable in cinema as it does here. Zvyagintsev emphasizes the assembly-line monotony of the cafeteria and the ill-fitting suits worn by men who worry that divorces could destroy their legacy at the faceless corporation that employs them.

Like Zvyagintsev’s prior films, Loveless doesn’t entirely abandon hope. One feels in the film’s punishing bleakness a yearning for transcendence. At the beginning of the film, one suspects that Alexey hasn’t been beaten down yet, as Zvyagintsev’s camera follows him as he wanders a nearby park, playing and enjoying its splendor. Weeping in his room, Alexey gazes out from his window, surveying the wilderness and drinking in the contrast its open spaces offer from the tightly demarcated dimensions of urban life.

Loveless is an allegory, of course, which tips it over into obviousness. Newscasts establish the film as being set in 2012, referencing the American presidential election with Barack Obama and Mitt Romney, which seems poignantly quaint in light of current events that include Russia’s potential meddling in our elections. The chaos in Ukraine is most pointedly namedropped, however, suggesting that Boris and Zhenya have inherited from their country an inability to discern a greater humanist picture beyond the curtain of their own bitterness. In the midst of political gamesmanship and warmongering, the proletariat is lost, like Alexey, who exits Loveless when no one’s looking. And the only monument to Alexey’s existence, his room, is as casually and callously destroyed as the protagonist’s home in Leviathan. Such destruction particularly enlivens Zvyagintsev’s formalism, which is rife with contradictions. The filmmaker rues chic and functional buildings while mourning empty, dilapidated structures as dignified totems of an awful past.