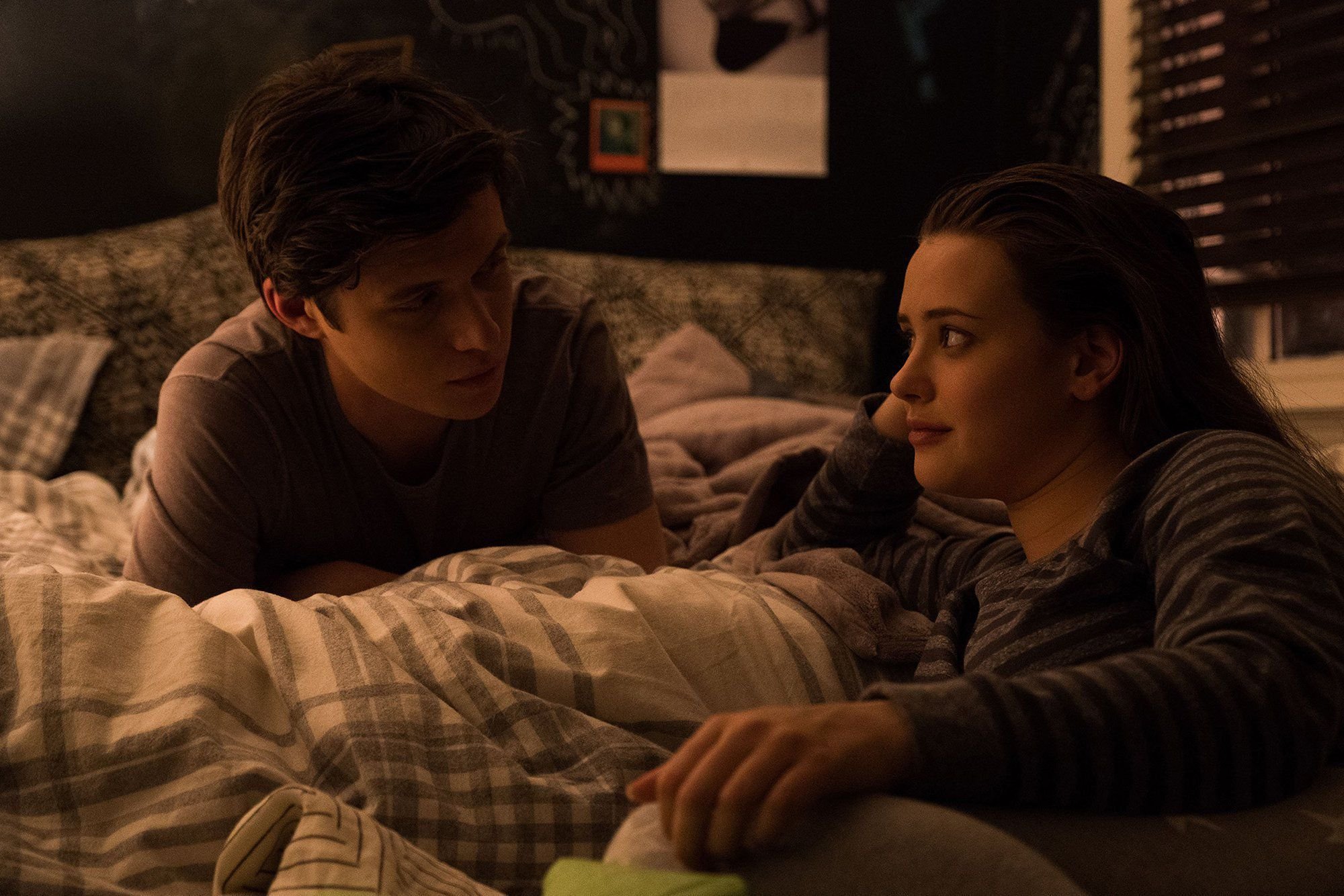 Explaining what being in the closet is like is to list all the things that you couldn’t do because of a hurdle that you couldn’t figure out how to clear. The story of being in the closet, then, is a lack of story, or a story about waiting for a story to start. Greg Berlanti’s charmingly heartfelt Love, Simon—based on Becky Abertalli’s novel Simon vs. the Homo Sapiens Agenda—is a remarkably successful attempt to give shape to the experience of the closet by drawing an incredibly intimate portrait of a teenage boy about to leave it behind.

Simon (Nick Robinson) is a high school senior with a great group of friends and a loving family. He also happens to be gay, and when an anonymous online post by one of his classmates reveals that the closet is at least big enough for two, he begins an increasingly intimate correspondence that leads to him falling in love with the other boy—known only as Blue—via email, without knowing if the two of them have ever actually met in real life. Until now, Simon’s fear of change and the effort to keep everything just the same as it’s always been has led him to deny himself available pleasures that seemingly everyone else takes for granted. But as he grows closer to Blue through their emails, Simon begins looking for signs of him in the real world based on clues from their exchanges, becoming open to the prospect that any cute boy he meets might be the object of his e-desire, making himself vulnerable to possibilities he hadn’t previously allowed himself to imagine.

Community has always been a huge part of the queer experience, and it’s telling that Simon only begins his coming-out journey after he discovers that someone else in his daily life is going through the same thing. The online romance and subsequent guessing game happily consume his thoughts until an opportunistic classmate, Martin (Logan Miller), discovers Simon’s secret after he forgets to log out of Gmail on a public computer. Martin happens to be romantically interested in one of Simon’s friends, Abby (Alexandra Shipp), and he threatens to release screenshots of Simon’s correspondence with Blue if Simon doesn’t help him get closer to her. What follows is a series of small betrayals on Simon’s part as the struggle to remain in the closet wreaks havoc on his friendships. When the screenshots inevitably get leaked, Simon’s various white lies and sloppily orchestrated diversions also come to the surface, and he must pick up the remaining pieces of the carefully constructed outward persona that he’s been so desperate to maintain.

After Simon finally comes out to his parents, Jack (Josh Duhamel) and Emily (Jennifer Garner), his goofy and tearful father offers to help him set up a Grindr account, which he believes is the “Facebook for gay people.” The joke implies a basic knowledge of the existence of gay culture and its exclusive spaces—online or otherwise—but only in relationship to something recognizable, and thus the assumptions it’s based on are wildly off the mark. But it also defines the conundrum of the closet. The idea that we must trade in Facebook for Grindr after announcing ourselves as gay is ludicrous, but it also comes close to defining the core of Simon’s reluctance to come out. Unlike the only other out kid at school, Ethan (Clark Moore), who’s flamboyantly queer and all too happy to take down his haters with hilariously scathing one-liners, Simon is “just like us,” as the opening voiceover heartbreakingly insists (before we learn that the words are actually his first missive to Blue). Love, Simon’s protagonist doesn’t define himself by his difference—quite the opposite, actually—and he mistakenly believes that becoming who he really is means giving up who he used to be.

Fully embracing the tropes of high school films—school dances, Friday-night football games, house parties where everyone drinks cheap beer out of red Solo cups—Love, Simon is prepared to offer the conventional pleasures associated with its genre. But it’s also more radical than just another teenage love story. It’s become almost ubiquitous—especially in our immediately post-Adam Rippon moment—for queer people from older generations to reimagine our own younger closeted selves and achingly wonder how different our lives would have been if we had seen this particular film, heard that particular song, or watched that particular figure skater’s sassy short program at just the right age, when the world seemed like it didn’t have enough space for us to ever live happily inside it. And there’s no doubt that Love, Simon is going to save someone’s life. But to hear Simon come out—again and again, to various people, accidentally or not—is also to hear the familiar story told in a new way. You could say that characters like Simon and their urge to assimilate are straight-washing queer narratives, but his refusal to cop to the hallmarks of the coming-out story actually allows for a more nuanced exploration of what it means to declare an identity in today’s world.

Simon eventually posts his coming-out story in his own words even after everyone already knows the truth about his sexuality, which is partly a last-ditch effort to declare his love for Blue—whose own path out of the closet remains unpaved—but also becomes a rallying cry for anyone who fears that the secrets they keep about themselves are what must eventually define them. Many of us were ever so grateful to shed the skin of our former selves when we finally stepped into the light, but that’s sometimes too simple of a way to say that we didn’t love the version of ourselves who thought we deserved to live in the dark. Simon spends almost the entirety of Berlanti’s film clinging to the skin that he’s intuited will disappear once everyone knows his secret, but he ultimately learns that skin works in layers, each one building upon the next and adding depth to what was already there before. And the applause, when he finally gets the guy, is deafening.

Review: Did You Wonder Who Fired the Gun?