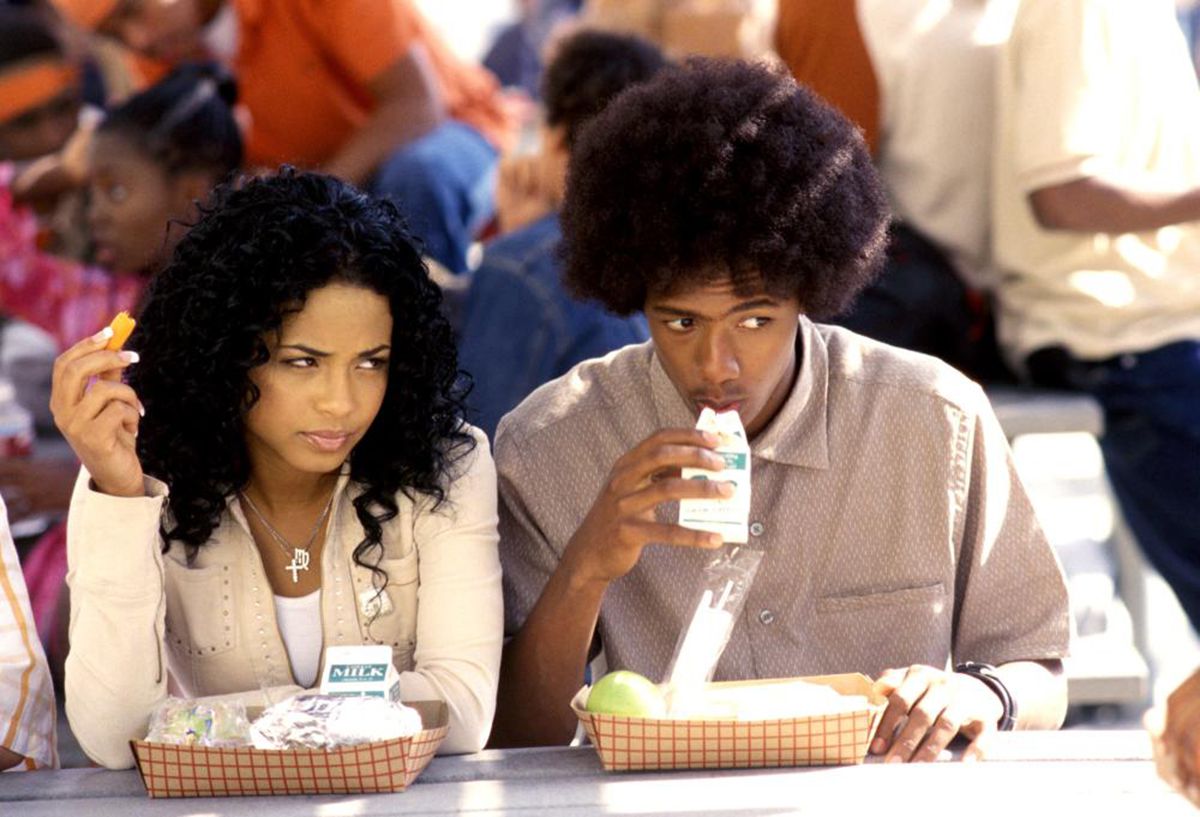 It’s unclear why a remake of 1987’s Can’t Buy Me Love was necessary, but Love Don’t Cost a Thing, a hip-hop retelling of that Patrick Dempsey-headlined romantic comedy, serviceably recreates the clique-infested teen culture of an affluent suburban high school. Nerdy pool boy and budding auto engineer Alvin Johnson (Drumline’s Nick Cannon) desperately wants to be cool, and gets his chance when the most popular girl in school, head cheerleader Paris Morgan (Christina Milian), crashes her mom’s Escalade and doesn’t have the money to repair it. Johnson, sensing an opportunity to finally shed his geek persona and become part of the in crowd, strikes a deal with the fetching Paris—in return for fixing the car, she’ll agree to pose as his girlfriend for two weeks. The successful makeover of Alvin to “Al” requires Johnson to wear gold chains and velour Sean John tracksuits, tame his unruly afro with some braids, and learn to rudely bark orders at women as a sign of his take-charge masculinity. Now a jive-talking stud, Al ditches his friends, Paris, and the tricked-out car engine he was building as a means of getting a college scholarship, only to subsequently learn that being yourself is more important than all the popularity and material wealth in the world. The film is unnecessarily sexualized—Nelly cohort Murphy Lee rhymes on the soundtrack during the open credits about caressing “big asses”—in a vain attempt at instilling the sappy film with ghetto cred, and it doesn’t help matters that Paris’s name conjures up images of that other promiscuous celebrity-of-the-moment named after the City of Lights. Similarly, gays are the target of one too many jokes considering the film is about accepting who you are regardless of your peer group’s potential scorn, and a “Chinese people have no passion in their lives” discussion is both inappropriate and unfunny. Still, with the exception of Steve Harvey’s over-the-top horny father—who gives his son boxes of condoms as a “right of passage” and teaches the kid how to use soul music to his romantic advantage—the unimaginative film takes few detours in recreating the 1987 original for today’s young African-American audience, even retaining that most time-honored tradition of ‘80s teen movies: the climactic group “slow clap.”