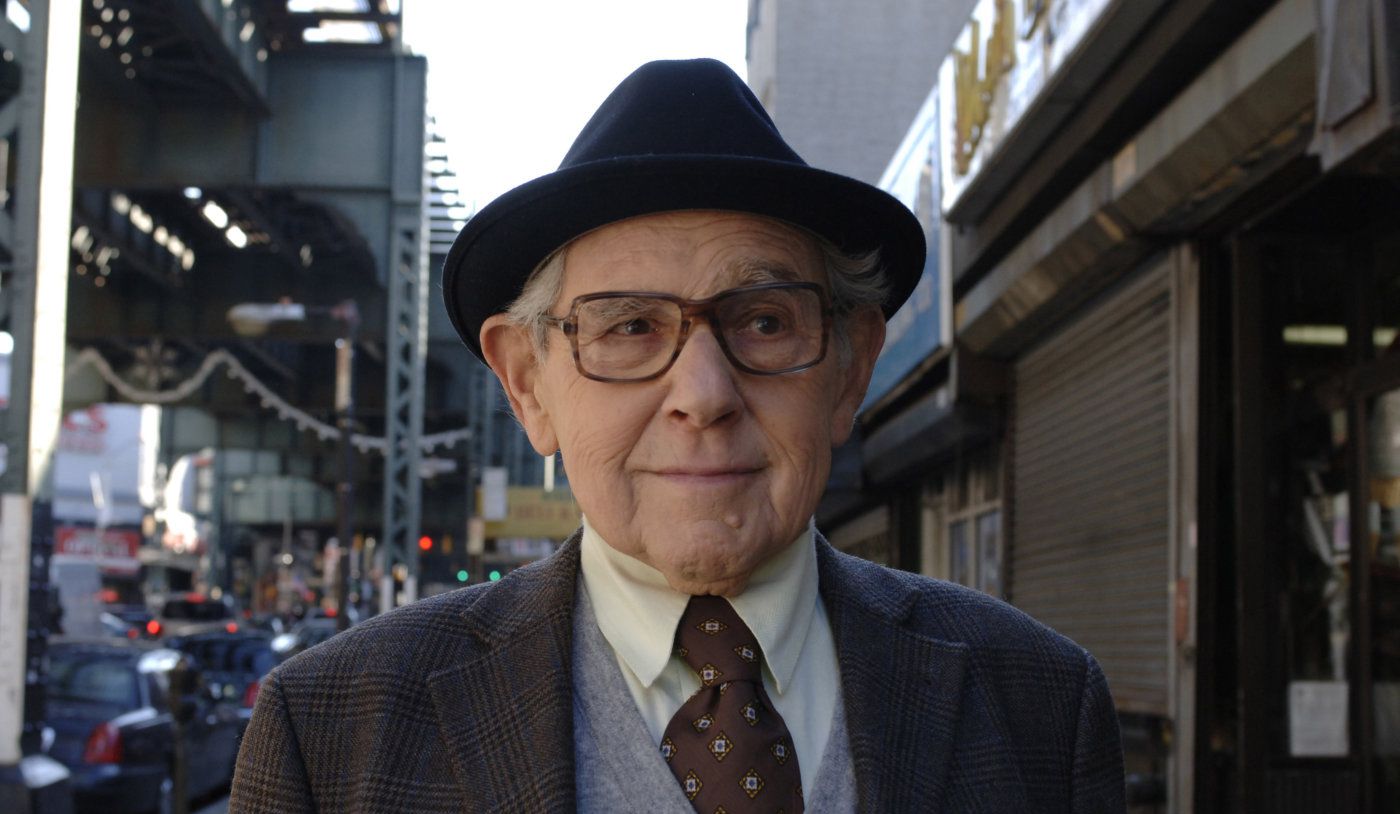 Director Jan Schütte integrates three short stories by acclaimed Jewish author Isaac Bashevis Singer—The Briefcase, Alone and Old Love—into an uneven meditation on aging, death and lust in Love Comes Lately. Eighty-year-old author Max Kohn (Otto Tausig) finds his dreams and reality blending together on a trip to a college speaking engagement, where he plans to deliver his standard lecture “Faith and Free Will in Modern Literature.” Leaving behind jealous long-time girlfriend Reisel (Rhea Perlman), whose distrust stems from the fact that her elderly beau remains, preposterously, a ladies man, Kohn hops on a train, falls asleep and imagines himself on vacation in Miami Beach being seduced by his hotel’s crippled maid (Elizabeth Peña) and a woman in a pink dress. In a pattern that will later repeat, lonely solitude is broken up by the unforeseen prospect of romance, which in turn is calamitously interrupted by someone’s sudden demise. After awakening and completing his talk, Kohn has a one-night stand with a former student (Barbara Hershey) who’s given up love and embraced pot, and then—in one of many signs of emerging age-related confusion—loses the briefcase Reisel gave him while on his way to another commitment where, in lieu of his prepared speech, he reads a recently written yarn about a charged meal with his tempting next-door neighbor. Though this final segment was originally shot in 2001 as a standalone short (also with Tausig as Kohn), it nonetheless seamlessly fits into the action proper. Less adroit, however, is the film’s ability to strike a coherent, agreeable tone. Swinging from solemn drama to farcical humor at a moment’s notice, the proceedings rarely feel surefooted, and though that instability is—in light of the story’s melding of the real and unreal—somewhat intentional, it also often seems at least partly due to the fact that the director is more proficient at synthesizing Singer’s tales thematically rather than narratively.

Ten Steps Away: At the Death House Door