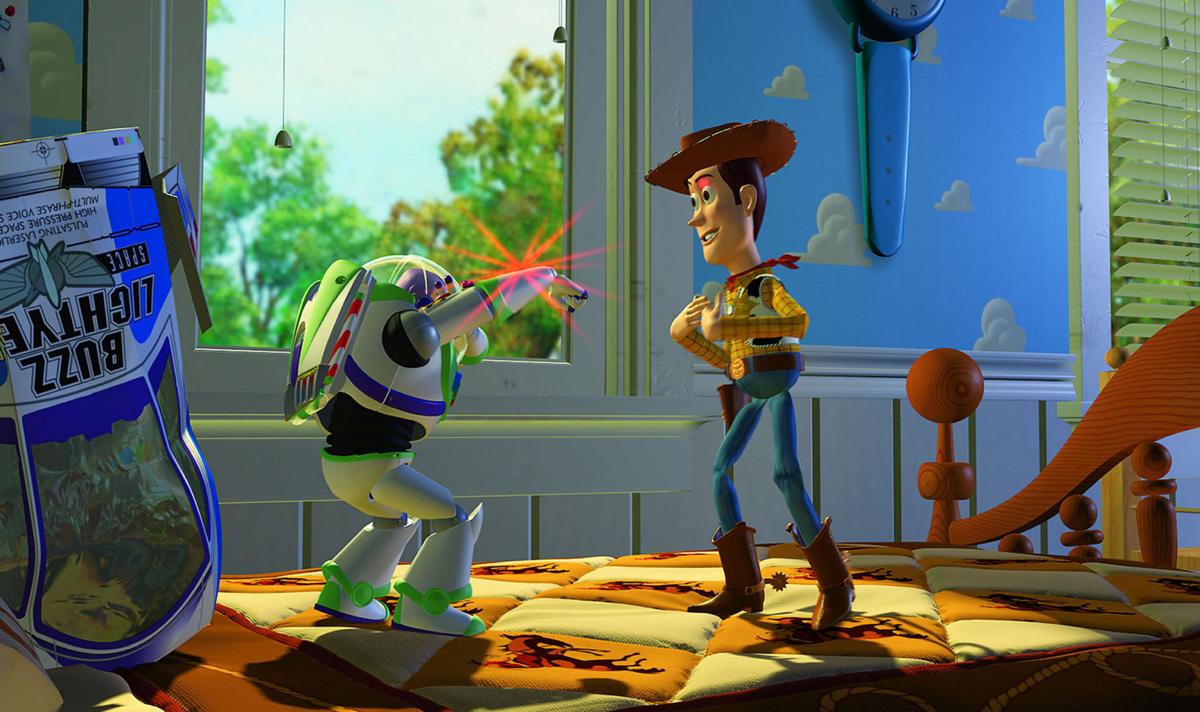 I would be the first to grant that the similarity in the titles—A Doll’s House and Toy Story—is unintentionally suggestive, and that not only would it be anachronistic and overreaching to suggest that Henrik Ibsen was somehow attempting to articulate the themes later explored in Pixar’s film, but that it is moreover equally intellectually dishonest to argue that anyone at Pixar had Ibsen in mind when telling their story. The roots of Toy Story are public knowledge, discussed in the commentaries on both Toy Story films, viewable in the Tin Toy short, further elaborated in the excellent book by David Price. There’s nothing to suggest that Ibsen had anything to do with it.

Instead of looking for any illusory intentional cross-references, then, I would like to more humbly suggest that by taking seriously the nature of childhood, of play, and most specifically of the child’s embrace of role-playing, both Ibsen and John Lasseter explore remarkably similar territory. What makes the similarity fascinating to me is that Ibsen and Lasseter each present womanhood and manhood (respectively) as illusory constructs presented as parallel to the roles children take in play. Each narrative climaxes with the shocking collapse of these societally recognized roles. The woman, whose value is to be found entirely in her relationship to her husband and children, embraces independence not only from them but from the entirety of her received moral framework; the man, whose value is to be found entirely in his strength and independence and capacity for excessive displays of physical prowess, embraces his identity as a mass-produced plastic plaything entirely devoted to a young boy. Also, it turns out he can’t fly.

The parallel is arguably undercut by the fact that Nora in A Doll’s House is an actual woman and Buzz Lightyear in Toy Story is a toy, hence his self-discovery has nothing to do with actual manhood. But the world of the movie, and elaborated upon in the sequel, belies this position. At first glance, the establishment of a world with self-aware toys is also a surprisingly conservative ode to “family values” told via a metaphor with disturbingly classist implications. (The toys exist merely to please children, and are not even permitted to speak in their presence; children, meanwhile, are such ubermenschen that they are oblivious to the oppressive rules by which the toys live.)

But these are accidental consequences of the toy metaphor, I think; the more deliberate thematic intent is to articulate a kind of ancient fatalism. While Ibsen’s tale is an expression of a far more modern sensibility, with its belief in the value of human independence and some degree of free will, the Toy Story films use the vulnerability of the relationship a child has with a toy to express the ancient Greek sense of human fragility. The first film exploits the anxiety of toys whose lives are given meaning by the love and attention they are given by a boy whose affections are subject to arbitrary shifts. The second centers on the toys’ recognition that the relationship that forms the core of their existence is doomed to end. The problems facing the toys, recognizable human problems, indicate that it is mistaken to believe that what Buzz comes to learn is meaningful only to a plaything.

Ibsen does not title his play A Doll’s House without recognizing the significance this assigns to child’s play. Nora uses the language of child’s play to describe her situation at the play’s final scene. “He called me his doll-child, and he played with me just as I used to play with my dolls,” she tells Torvald of her father. Of their own relationship, she laments, “Our home has been nothing but a playroom. I have been your doll-wife, just as at home I was papa’s doll-child; and here the children have been my dolls.”

Similarly, Nora makes repeated references to seriousness in her confrontation with Torvald. “[T]his is the first time we two, you and I, husband and wife, have had a serious conversation,” she observes. “In all these eight years…we have never exchanged a word on any serious subject.” Their whole marriage has been play: “We have never sat down in earnest together to try and get at the bottom of anything.”

Nora’s departure at the climax of the play is a moment of bittersweet victory, for Nora and the audience both recognize what she is sacrificing, and that her sacrifice is undertaken for the mere hope of attaining something more. While Nora doesn’t know how to be a woman without the guidance provided by these inherited roles, she realizes the urgency of attempting it all the same. She simply cannot play any more. Playing at being a woman has taught her nothing about actually being one.

Buzz’s predicament is such a precise inversion of Nora’s it almost IS tempting to see it as intentional. Buzz, after all, is a toy, and so his attempt to be his authentic self manifests itself through precisely the opposite choice: He returns to the family, embraces his servile role, abandons his independence.

The parallels are nonetheless striking. Just as Nora has been finding her identity in false roles, so has Buzz. Nora’s roles, as feminine, have her artificially bound to the family. Buzz’s roles, as masculine, have him artificially outside. Buzz is so capable, so proud, so “above” the other toys and Andy, that he spends the bulk of the movie as an outsider, an Other. He is admired, but he does not belong. Indeed, his goal throughout the film is to repair his ship and continue the crucial mission he imagines himself to be on. Just as Nora plays at being a wife and mother and hence embraces her dependence on the family, so Buzz plays at being a lone hero and hence considers himself merely passing through, on his way to greater events.

Each is awakened by a key epiphanic moment of weakness. Nora realizes that her roles restrain her: She cannot save Torvald, as much as she wants to, because to do so means compromising central elements of her role as woman. “I really don’t know. The thing perplexes me altogether. I only know that you and I look at it in quite a different light. I am learning, too, that the law is quite another thing from what I supposed; but I find it impossible to convince myself that the law is right. According to it a woman has no right to spare her old dying father, or to save her husband’s life. I can’t believe that.”

Nora realizes that the role she has been playing does not suit her. Buzz realizes the same thing. Far from being wholly independent and unique, he is mass-produced. More importantly, he discovers that he does not have the abilities he imagined himself to have. He cannot fly. This physical failing utterly devastates him, and breaks the power and appeal of the role he’s been given. As Nora sees how her role asks too little of her, Buzz realizes that his asks too much.

Nora realizes that her role requires that she give up too much of herself; she cannot be herself within the family. Buzz realizes that his role requires that he display strength he does not have. And note: His embrace of the family is not resignation. His disappointment produces an identity crisis (in which, recall, he takes on the role of a woman) but not an immediate return to Andy. He returns to Andy because he sees the value of joining the community; he cannot be himself outside the family.

To be fair, the structure of the Pixar story is such that Buzz’s authenticity is ironically cloaked: He abandons pretending to be a real hero and instead will really be a pretend hero. The setting of the story allows Buzz to embrace dependence on another as an authentic expression of self because he is less an autonomous being than he is the plaything of another, for whom meaning can only be found in something like servitude. Andy pretends that Buzz needs nobody; but Buzz in reality needs Andy.

A Doll’s House immediately provoked controversy regarding whether Nora really had to leave Torvald and her children to find herself. One could similarly wonder whether Buzz had to remain with Andy. But these questions hide the position I have been proposing: that each narrative concerns the way in which a protagonist struggles to overcome a gender identity which is derived from too-serious an appropriation of children’s play. Buzz and Nora each realize that they have been too seriously involved in play, and the shared thematic moment I am attempting to illuminate is not their treatment of autonomy and the family, but their recognition that both masculinity and femininity are phantoms of the play realm and obstacles rather than opportunities on the path to self-realization.

Besotted with Stars: The Problem with Pixar’s WALL-E