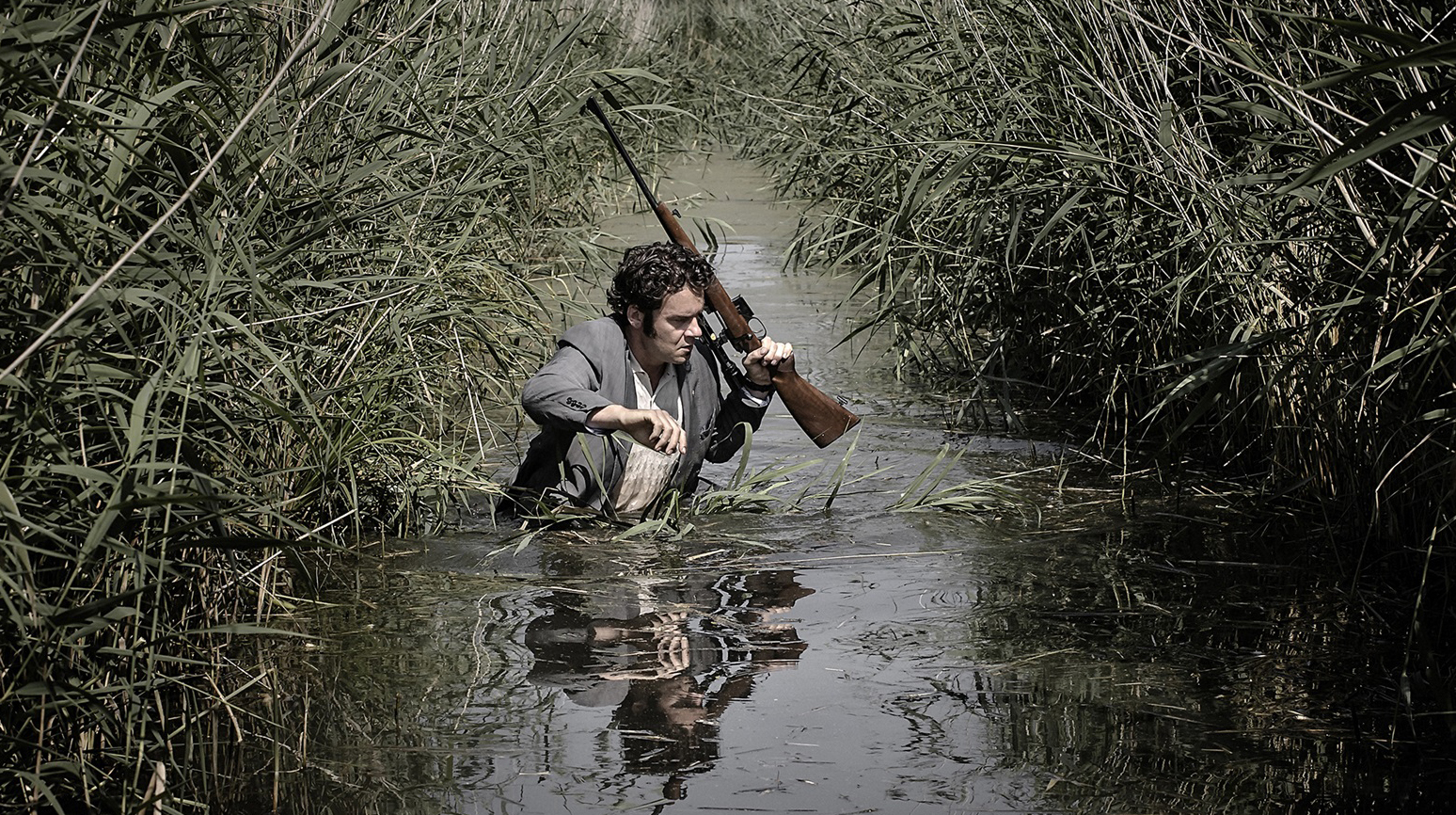 Warning: Proceed with caution. It’s fitting that such counsel conjures an image of black text on yellow, because it’s also something to keep in mind when returning to the Locarno Film Festival, whose ubiquitous mascot is, of course, the spotted leopard. If you’re not careful, this can indeed be an unpleasant place. The stifling heat, the airless venues, the local prices, those unseemly beige military uniforms worn by security staff, and the walks from one location to another, which always seem, in such unceasing humidity, just one block too far. All of these can be troublesome in and of themselves, but when concentrated together in a single locale at the windless foot of the Alps, things can get oppressive. Why bother?

Though that question doubtless goes unasked by first-time visitors, it’s a legitimate query to someone attending their third consecutive edition, especially when previous missives incurred displeasure from colleagues due to their generally grumpy tone. Like it or lump it, though, Locarno retains enough excitement each year to make the trip worthwhile. Under artistic director Carlo Chatrian, the festival owes much of its buzz to the canny combination of visiting veterans (among those present to receive honors this year: Edward Norton, Andy Garcia, Michael Cimino) and an audibly appreciative paying public, whose omnivorous and thankful presence helps temper any whiff of entitlement that might bleed over from the press and industry screenings, which are always a gamble to attend (the venue is also home to a casino).

As Locarno’s 68th edition is this critic’s 13th festival of the year, with about as many still to go, the 11-day event is also useful for two other reasons. First, it provides a convenient stopping point from which one might take stock of what’s already trending across world cinema this year and of what’s still to come (days prior to the festival’s start, of course, Venice announces its own lineup). Second, the excessive temperatures of the lakeside town, if not its bibilical thunderstorms, make the film festival into some kind of annual endurance test: Survive this, and you deserve an easier final quarter.

The real test of a festival such as Locarno must, at some point, come down to the strength of its new titles—those with which it paints its own legacy. Here, taste is everything. Like every properly authored festival, Locarno has and promotes its favorites. Whether you’re on board with such preferences or not, Chatrian and his team have etched out a consistent line in recent years: The last two Golden Leopards for Best Film were won by Albert Serra and Lav Diaz, neither of whom has had any trouble finding dedicated followers ready to defend and espouse an identifiable brand of art-house-fanboy cinephilia.

Is there such a thing as a “Locarno film,” a movie that, when viewed, might prompt some association with the festival and its prevailing sensibilities? Two competition entries, far apart from one another in style and scope, offer contrasting answers. Schneider vs. Bax, the sixth feature by Dutch actor and filmmaker Alex van Warmerdam, pits two men—a hitman named Schneider (Tom Dewispelaere) and a writer named Bax (Warmerdam)—against one another by way of a bumbling client whose intentions for hiring them are never revealed. Neither accepts his job readily: One is meant to be celebrating his birthday, the other is on a comedown following a night of passion with his young flame. The unwelcome arrivals of an estranged daughter, a sexually abusive father, and other unwanted witnesses complicate things further.

Mounting its body count with a great deal of panache, Schneider vs. Bax is one of those violent, twisty comedies whose slick telling (smooth pans, subtle tracks, surgical cuts) offsets the nonsensical premise. It’s as funny as it is slight, like a tighter and sillier Coen brothers film that limits the action to a small country home and the lake and swampland it overlooks. Though much of the tension has to do with visual setups (who can be seen by whom, and how; the climax revolves around sniper lenses), the film’s most hilarious gag involves a text message being sent to the wrong recipient. It’s a cliché more appropriate to a teenage rom-com, but the strength is in the editing: Warmerdam allows us to know a little more than each of his characters, so that when the message is received, the error strikes us before anyone else has a chance to react.

Its dark humor and daft, deliberately sprawling take on the hitman thriller mark Warmerdam’s feature as a suitable addition to Locarno’s history of oddball crowd-pleasers. Judging by the positive reception it received at the end of its press screening, a film just as typical of this festival is Dark in the White Light, the first feature by Sri Lanka’s Vimukthi Jayasundara since Chatrak, which premiered in the Quinzane at Cannes in 2011. Jayasundara’s latest concerns several different men in contemporary Sri Lanka whose everyday lives are linked by their proximity to death: the spiritual ruminations of a Buddhist monk, the illegal exploits of an organ dealer, the heinous crimes of a surgeon.

Jayasundara trades in oblique storytelling and aesthetic clichés in order to shoehorn the various plot strands into the predetermined theme. Everything seems like a foregone conclusion—something magnified by the predictably somnambulant pace. At key dramatic moments, the director (who also writes, produces, and narrates) opts for wide framing and a single take—such as a stabbing that occurs in the extreme background of frame, the static camera drawing our attention to the stationary vehicle from which we’re made to watch. While such strategies give a modestly budgeted filmmaker room for plausibility and even realism, time and again it’s counterintuitive here, revealing through bad body acting just how little direction the actors received. If Apichatpong Weerasethakul made humorless and unimaginative films, it might look something like this.

Welcome sanctuary from Locarno’s swamps of irritation is provided by the Ex Rex Cinema, home this year to the festival’s Sam Peckinpah retrospective, which has thus far included 35mm showings of Major Dundee, The Wild Bunch, and what is perhaps the director’s most underrated film, 1972’s Junior Bonner. Starring Steve McQueen as a rodeo rider who returns to his hometown of Prescott, Arizona, to compete in a Fourth of July contest and to catch up with his estranged family, the film is at first glance a rather anomalous one for a director primarily known for brutal westerns. While this is a much more intimate film, however, focusing as it does on the more internalized conflicts of family life, there’s a thematic link to Peckinpah’s more overtly historical epics—namely, how it operates as an ode to a fading moment, a disappearing epoch, an ephemeral time.

McQueen, who’d wanted to make a film like this his whole career, leads a superb ensemble cast that also includes Robert Preston and Ida Lupino as his parents and Joe Don Baker as his brother Curly. The latter clashes with McQueen’s eponymous protagonist, who he sees as frustratingly old-fashioned in light of his own entrepreneurial adventures into real estate. One night, Junior finds his patience tested when Curly tries to persuade him into the new business. As Junior turns to walk away from the porch of his old family home, he’s accused of being just like their pa—and has heard enough by that point to punch his sibling through a window.

Later, as the local community’s Independence Day shebang gets into full swing (and fisticuffs), the gesture’s returned. Junior knows it’s coming, but is knocked down all the same. When he climbs to his feet, the two brothers share a knowing silence. Curly tells Junior, in his own words, that he loves him. It’s a beautiful moment, poignant and bittersweet in its simultaneous acknowledgement of eternal blood ties and the end of the Old West as they know it. The historical moment is precious, as its only constant is flux.

Review: Tom at the Farm