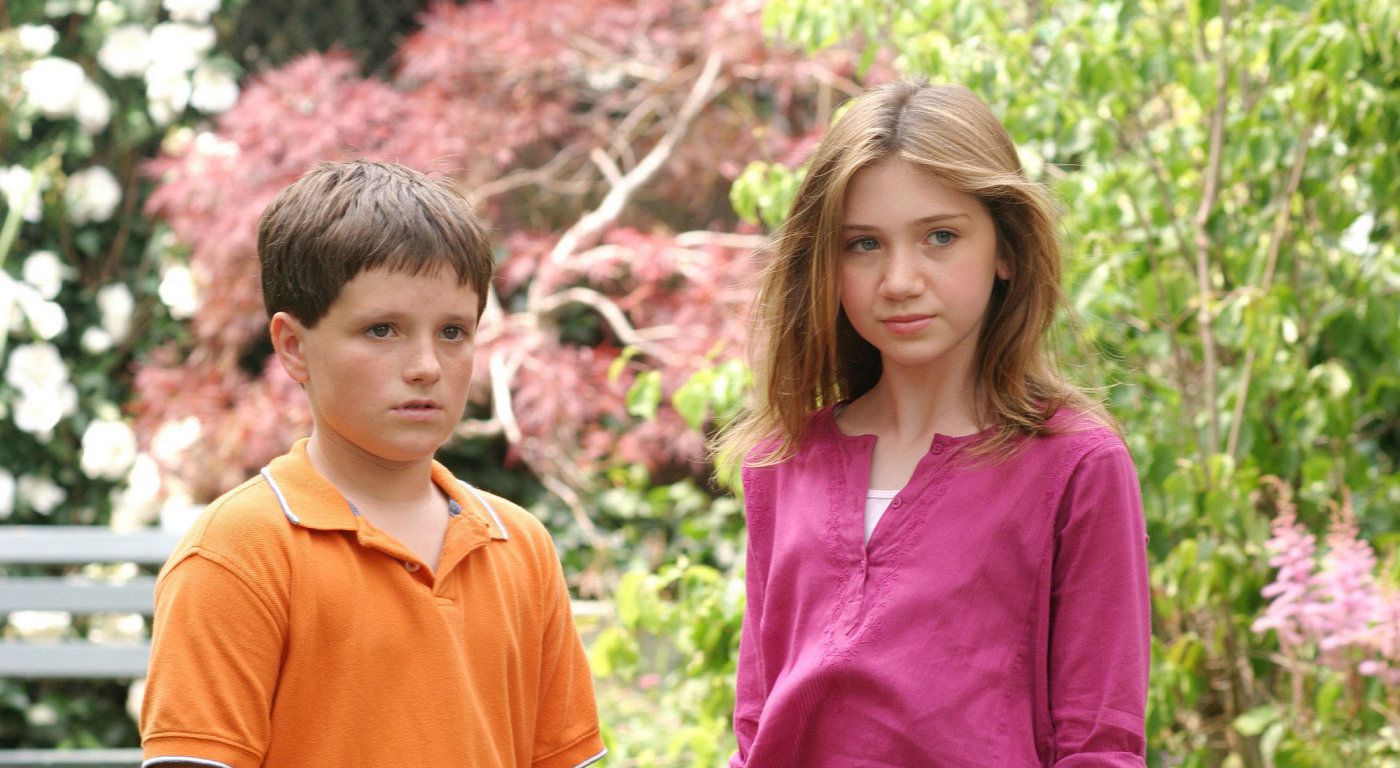 The last film to play at this year’s Central Park Film Festival was, appropriately, a film set in and around New York City’s famous park. Fittingly, as well, for a film that represents a totem to white privilege (it’s telling that the only minority in the film plays a nanny), non-whites were conspicuous by their absence from this outdoor screening, except of course for the handful of bouncers corralling people into designated seating areas. Writer and Jennifer Flackett and director Mark Levin barely repackage the white-bread fantasy scenario of their Wimbledon screenplay, merely transplanting the setting to NYC and having their Hallmark-isms spill out of the mouth of babes. Somewhere in the east 70s, Gabe (Josh Hutcherson) lives with his divorcing parents Adam (Bradley Whitford) and Leslie (Cynthia Nixon), who don’t allow the poor kid to ride his trusty scooter outside a specified nine-block area near their apartment across the street from Central Park. After putting up a girls-have-cooties front, Gabe develops a crush on the slightly-older Rosemary (Charlie Ray) after she’s assigned to be his karate partner. Both take turns mustering the energy to ask the other out—Gabe gives Rosemary an in-depth tour of Central Park (save, presumably, for the Ramble) and Rosemary comes over to practice karate and later invites Gabe to see a live show with her parents—and the film encourages its audience to get the shits and giggles from watching this little man and little woman negotiate the overwhelming fear, rapture, and crushing disappointment associated with tween courtship. There isn’t a single negative thing I can say about these young performers except that their characters should, by now, have the personalities of Fabian Basabe and Courtenay Semel considering that their privilege affords them the luxury to go shopping for apartment in the Christopher Street area (the film’s idea of the ghetto) for fun. And while the story is all very minor, I imagine that socialites and their insular children will have an easier time relating to the material. Interesting that the same day Little Manhattan had its world premiere in NYC, Wigstock celebrated its 20th anniversary, against all odds, in its original East Village locale. While the downtown counter-culture was thankful just to have another Wigstock, the Bloomberg-sponsored Central Park Film Festival was busy offering rich white heteros a nostalgia kick. Don’t ever say that New York doesn’t have a little something for everyone.