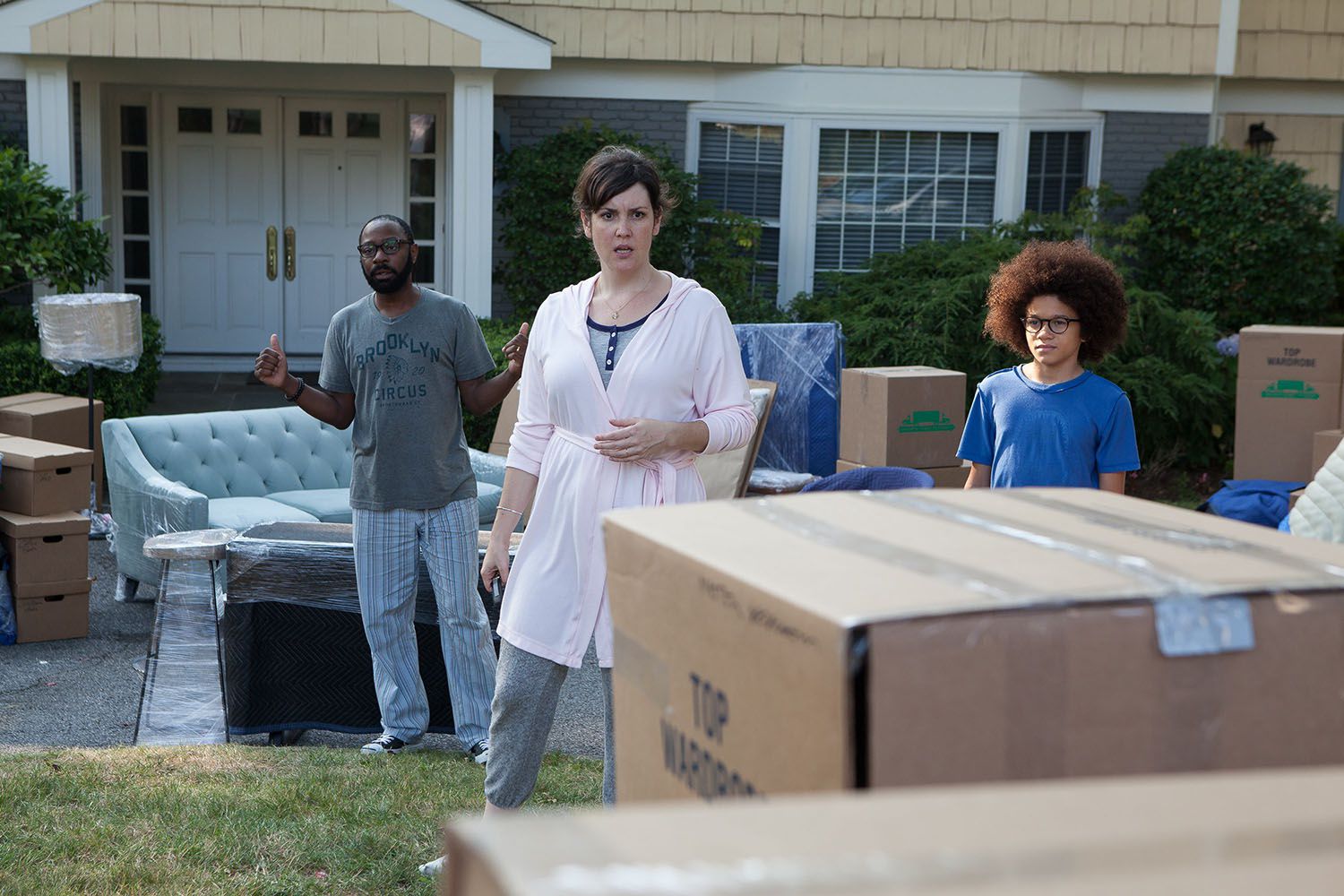 In director Rob Meyer’s Little Boxes, the mixed-race Burns family—Gina (Melanie Lynskey) and Mack (Nelsan Ellis) and their pre-teen son, Clark (Armani Jackson)—relocates cross-country from New York City to the predominately white suburban town of Rome, Washington after Gina accepts a cushy photography professor gig at a local college. Perhaps expectedly, the family struggles to not only adapt to the slower-paced and quieter lifestyle of suburbia, but to the casual racism that manages to inadvertently creep its way into even a well-intentioned neighbor’s pleasantries.

Meyer and screenwriter Annie Howell are intent on exploring Rome’s racist undercurrent and how the Burnses’ new life constitutes a form of survival, but they do so in the easiest way possible. In the film’s vision of suburbia, everyone is a bad influence, as Gina and Mack come to believe that, like everyone else, copious drinking and pill-popping is necessary to get through the day. To them, Rome is essentially borderline unlivable in its monotony, which is to say beneath the impossibly high standards of the classy lifestyle they left behind in New York. A typical indignity here involves someone finding it hard to believe that Clark doesn’t listen to mainstream hip-hop.

In a brief moment of sensitivity, a fight between Gina and Mack late in the film sees Gina, after Mack tells her that she’ll never know what it’s like to be a black person in a white world, confessing that Mack and Clark’s bond makes her feel like an outsider in her own family. Unfortunately, the film shies away from exploring Gina’s complicated feelings of estrangement, preferring instead to snap back to its default mode: lazily skewering Rome’s denizens by depicting them as a bunch of cartoonishly privileged yuppies.