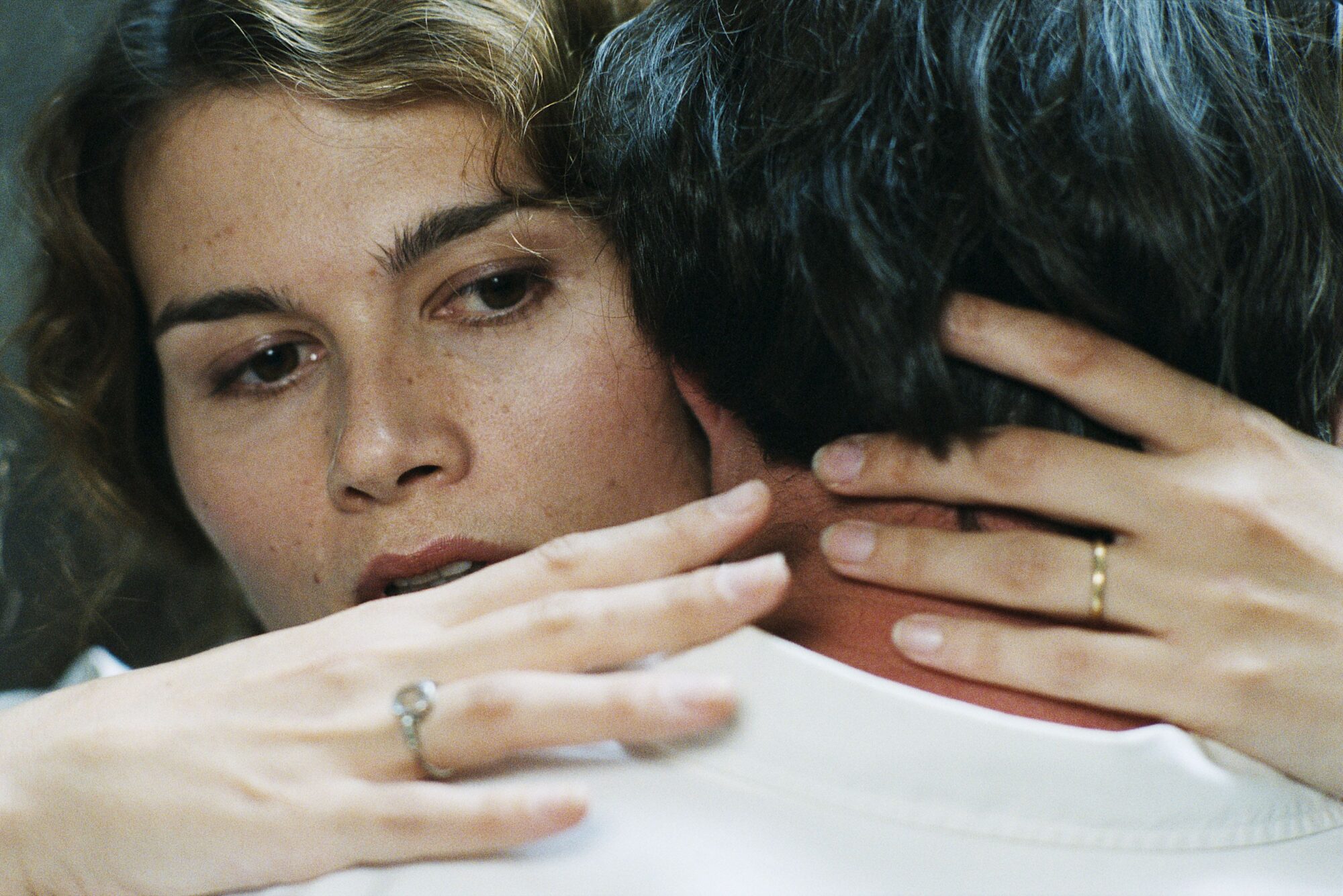 An IMDb search of “lady chatterley” pulls up a slew of skimpy Skinemax costume dramas based on the D.H. Lawrence novel—the kind horny teen kids tried to listen to with their ears pressed to their parents’ bedroom door. Pascale Ferran’s Lady Chatterley feels like a 168-minute version of those films, except the naughty, sometimes sweetly misguided point of view of those throwaway trash flicks is now replaced with a distinctly French sense of importance. Lady Chatterley (Marina Hands, who recalls the young Charlotte Rampling, in appearance if not magnetism) finds her sexuality awakened by the sensitive farmer Parkin (Jean-Louis Coulloc’h) on daily rendezvous that leave behind her haughty, impotent husband (Hippolyte Girardot), and for an excruciating two hours and 48 minutes, they progressively remove more and more clothing, with Parkin almost always grunting and nearly suffocating Lady Chatterley from above. The duo eventually fall for each other while endlessly pantomiming Adam and Eve (only a serpent and an apple could make it more obvious).

Dice it any way you want, this material was, is, and will always be pretty cheap. A more refreshing take on the story would have been to fully explore its lurid side, maybe even make the audience a little uncomfortable in the process, as in works by Patrice Chereau or Catherine Breillat, where the power that shifts between men and women is presented in distinctly non-pandering ways. But in the pretentious, nondescript hands of Ferran, you’re left with a pastoral douche commercial, complete with dalliances by trees and in rustic huts, and in the movie’s most adventurous scene, a prolonged tryst in the rain. Since the movie has no expressive qualities, it all just sits there on screen, like a limp phallus. It’s impossible not to think of the story’s likenesses to Jane Campion’s The Piano, a film in which its director’s inimitable revisionist style and sense of period flavor succinctly elevated the movie from the dour feminist manifesto it could have easily become. The hole in Holly Hunter’s tattered stocking is a richer view than anything in this turgid, droopy bore.

5 for the Day: Hell on Wheels