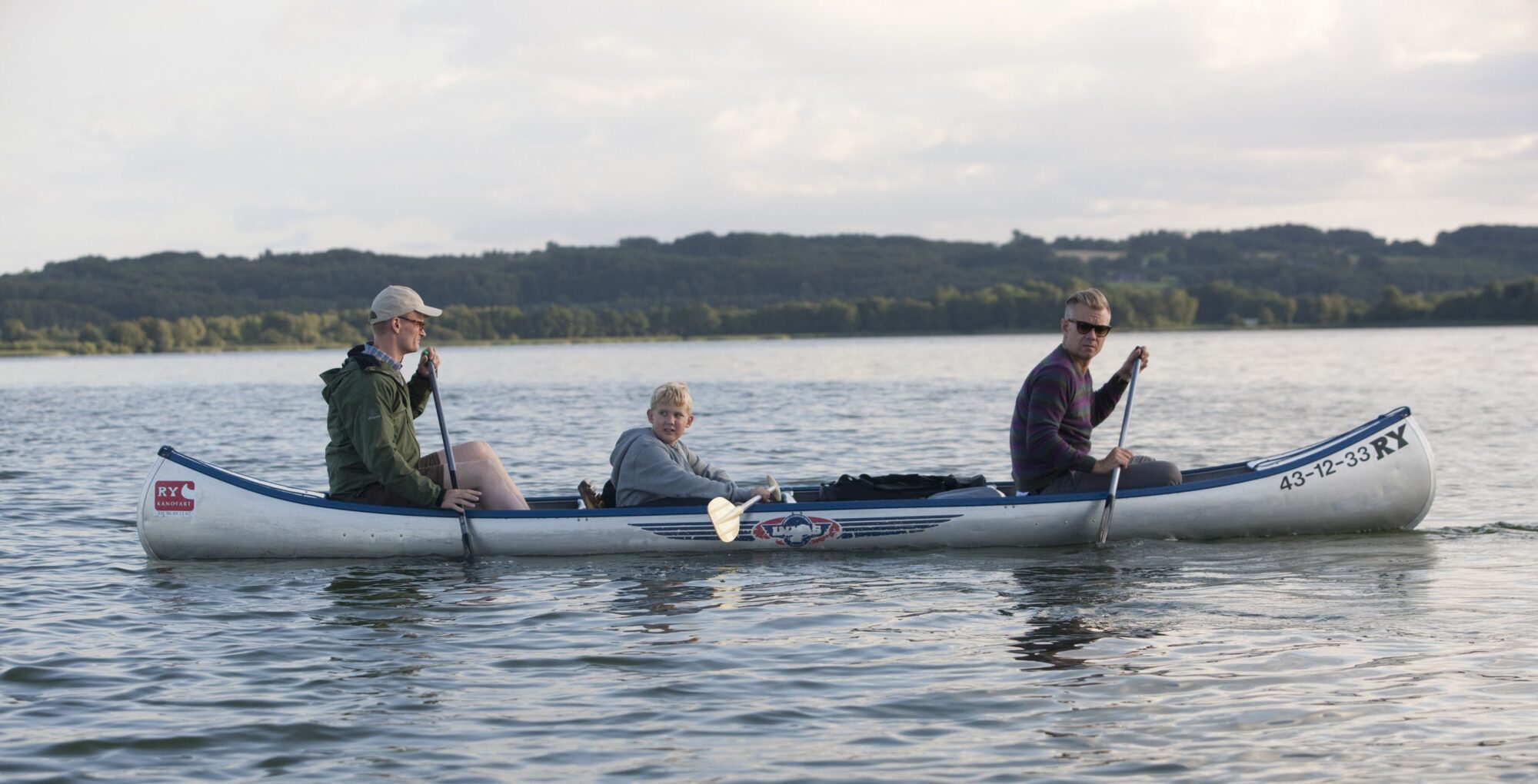 “When grownups are horny, they do horrible things to those they love,” goes a sample of pseudo-fatherly wisdom in the beastly boy comedy Klown, which is being trumpeted as a Danish Hangover, but more closely resembles Two and a Half Men with handheld camerawork, anti-erotic nudity, and unexpurgated dick jokes. Middle-aged adolescents Frank and Casper (co-writers Frank Hvam and Casper Christensen, who starred in a six-year Klown TV series) set out on a canoe trip, their ultimate destination a friend’s high-end brothel, to escape their women on what Casper, the more shameless liar and fuck-up of the pair, proclaims a “Tour de Pussy.” Frank, uneasy over his newly pregnant girlfriend’s declaration that he lacks “father potential,” as well as his hideously botched attempt to surprise her with a pearl necklace (not the Tiffany’s variety), compromises their planned bacchanal by spontaneously bringing along his lover’s pudgy, withdrawn 13-year-old nephew, Bo (Marcuz Jess Petersen), to practice his parenting skills on.

Bo’s inability to swim, his hobby of collecting the bottle caps of Underberg bitters as fast as his two minders can drink the stuff, and worryingly small penis are all grist for a familiar Apatow-style combination of gags and slightly skewed sentimentality (Frank comforts the boy that his “fat reserves” merely make his willie look undersized), but the script and director Mikkel Nørgaard keep their focus on gross-outs and humiliations that would seem transgressive to junior high schoolers. Seldom bothering to set up or pay off the jokes for maximum effect, Klown just serves up a string of contrived debasements: the trio being ejected from a campground when Frank is accused of pedophilia for pulling at the pants of a pubescent bully, the two men surreptitiously photographing Bo’s tiny endowment so they can blackmail him into silence, and Frank lying uncomfortably in a woman’s bed as Casper mounts her (“We’re in her house, she made us pancakes…put a finger in her ass!” he’s urged).

This Scandinavian cousin of the Hollywood slobcom might’ve shown a little originality if it faded out with Bo’s hospital-room grunt of “I hate you” to his kidnapper, but it opts for an audience-friendly redemptive climax where Frank mans up (only slightly upended by a vengeful epilogue). There’s at least a European wrinkle where a character’s technique of hands-on “man flirting” leads to actual, vigorous buggery, though that figures to be ironed out for the now-gestating American remake.