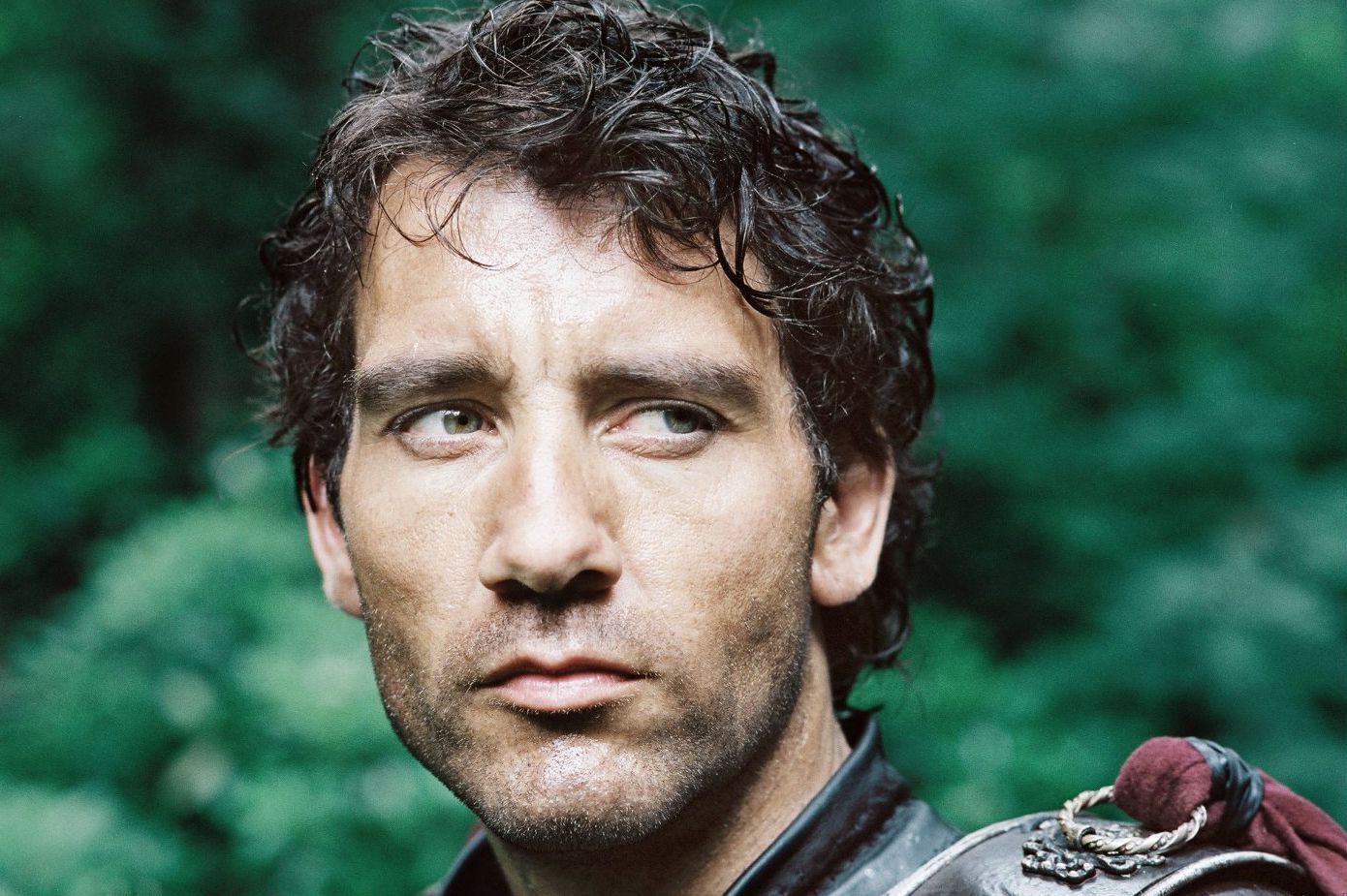 Revisionist mythmaking of the most bland variety, the Jerry Bruckheimer produced King Arthur purports to tell the true tale of the ancient British hero and his valiant Knights of the Round Table by stripping away the magic, mystery, and majesty of the fable and replacing it with grim n’ grimy realism. In this drearily mundane adventure, Arthur (Clive Owen)—a renowned fighter whose lineage is both Roman and British but who swears allegiance to the Roman Empire that gave him Christianity—and his crew of pagan cohorts are about to be relieved of their 15-year military service to Rome in soggy, barren Britain when they’re given a final rescue mission into the northern regions where the burgeoning Saxon hordes led by Stellan Skarsgård’s vicious Cerdic are marshaled. Having spent years fighting the indigenous tribal armies of non-magician Merlin (Stephen Dillane), Arthur longs to return to a Rome built on the principles of free will and equality while his loyal knights—each, including Ray Winsome’s blustery Bors and Ioan Gruffudd’s hopelessly plain Lancelot, as scruffy and indistinguishable as the next—merely fight to escape servitude from the cruel Romans who have stolen their youth and pillaged their country.

At the heart of this retelling is Arthur’s evolution from an idealistic dreamer to practical hero bent on forging a new land that champions freedom above all else, but director Antoine Fuqua’s unremarkably competent direction and Hans Zimmer’s predictably soaring score never elevate the material above second-rate Braveheart schlock with an already established fairy-tale pedigree. The film’s 452 A.D. Britain, perpetually awash in frigid gray snow or billowing black smoke generated from post-war fires, is a coarse, desolate brown wasteland that, in its dull gloominess, is a perfect setting for Owen’s turgid Arthur. Exuding an affected stoicism that suggests continual constipation rather than tortured gravitas, Owen (so great in last month’s I’ll Sleep When I’m Dead) turns the renowned army leader into such a melancholy bore—and surrounded by even less engaging supporting character foils—that the film’s only chance for excitement soon hinges on the appearance of Keira Knightley’s Guinevere, an enticing British pagan that Arthur rescues from the tyrannical Roman he has been sent to save. Yet while Knightley’s Guinevere is the most attractive and feisty thing about Fuqua’s visually bleak film, the absence of the iconic Arthur-Guinevere-Lancelot romantic triangle (only briefly hinted at through furtive glances), as well as the gallant lady’s silly transformation into a warrior chick decked out in medieval S&M garb, gives the film an inappropriately tacked-on modern feminist edge. King Arthur’s dour war story may be what legends are technically based on, but it’s certainly not the stuff they’re made of.