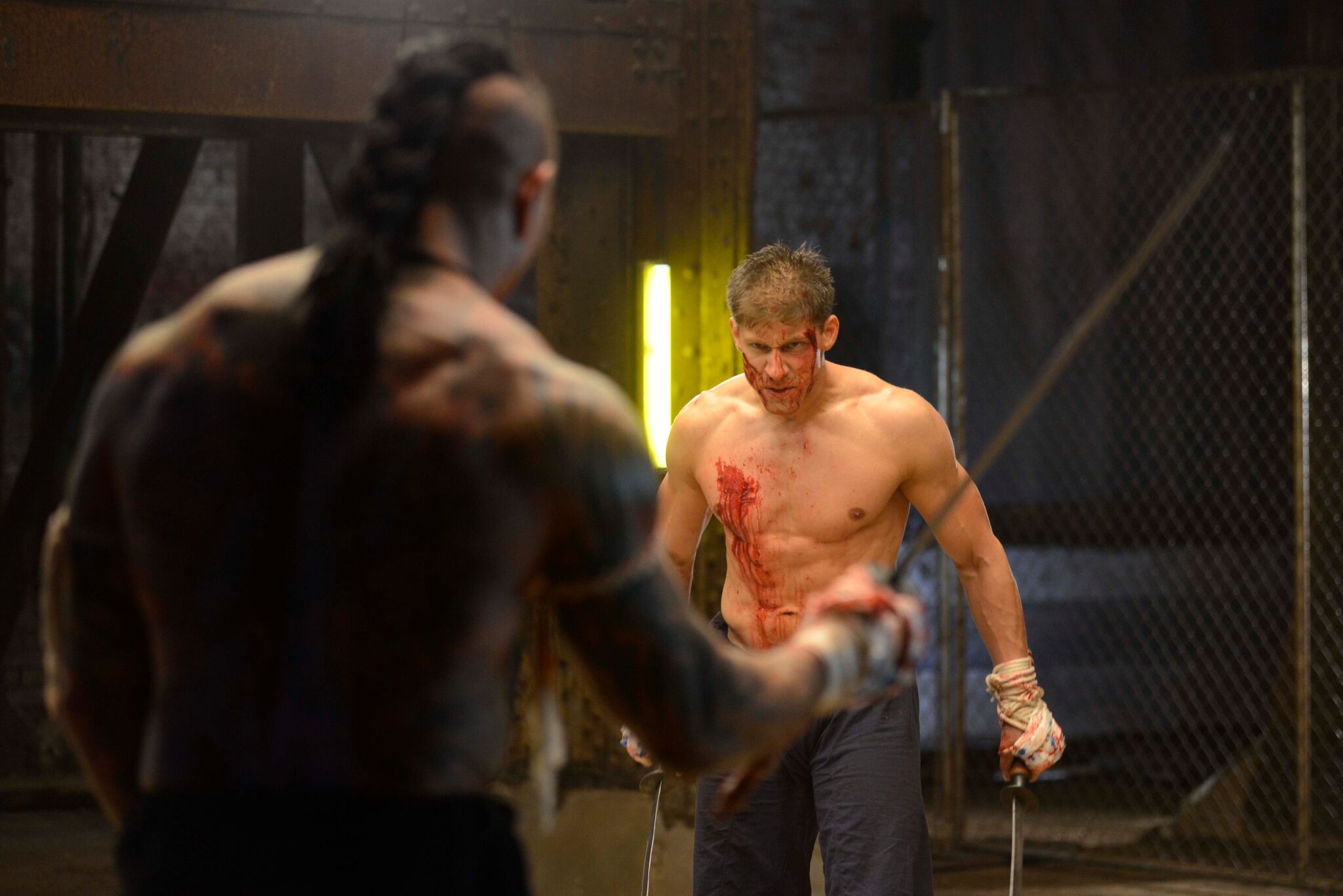 The action films that Jean-Claude Van Damme headlined in the 1980s might not have had much plot or characterization, but they abounded in the actor’s intense physical charisma, which simultaneously suggested humility and smugness. At the height of his fame, Van Damme was a gorgeous camera object, and the tactility of his moves could be exhilarating, especially as they were displayed in Bloodsport, an inferior clone of Enter the Dragon that had the good sense to stay out of its star’s way, reveling in his inherent grace. The fight scenes in that film relied on an astute mixture of slow motion and real-time photography, judiciously parceling out which gestures should be savored, and which should be emphasized for their diamond-hard rapidity.

Bloodsport is a competent work of B-movie craftsmanship, and one recalls it with longing while watching Kickboxer: Vengeance, the latest in an endless series that began long ago with Van Damme playing another variation of his Bloodsport character. Kickboxer: Vengeance, however, belongs firmly to the contemporary tradition of VOD action cinema, which relies less on in-camera stunts than editing that renders vague gibberish of the altercations. Quick cuts and a generically pumped-up score are supposed to allow us to forget that we’re not seeing anything particularly thrilling or memorable.

Van Damme has been deemed too old to headline a new Kickboxer film, and so he’s relegated to mentor status, playing Durand, the Mickey figure to Alain Moussi’s bland Rocky-style underdog, Kurt Sloane, who’s avenging the death of his brother at the hands of a vicious underground fighting mastermind. Said villain is Tong Po, played by David Bautista as a formidable architectural object comprised of little more than muscle and tattoos, and topped off with an intimidating hairstyle that suggests a fusion of a Mohawk, ponytail, and mullet. Po is a promisingly stylish antagonist, and Durand contrasts nicely against this enemy with his comparatively friendly fedora and tight tank top, and with Van Damme’s still quite photogenic high and roundhouse kicks. But we’re largely stuck with Kurt, who’s fit with a hunky smile, but who conjures little more than an image of a standard-issue cover of Men’s Health.

Most of the film’s action scenes are remarkably unexciting, but a few training sequences between Kurt and Durand are mildly amusing, particularly a bit in which Kurt is made to bicycle underwater with the help of oxen that lower him into a hand-dug pool. And the brutal climactic brawl between Kurt and Po has unsettling grace notes, such as when Kurt wraps his legs around Po’s head, only to be shrugged off by the master like an irritating shawl. Po’s formidability is complemented by subtle sound editing, which likens the movement of his punches and kicks to the rush of a freight train.

But so much potential has been squandered in Kickboxer: Vengeance. Why is Van Damme on the sidelines? Why is Gina Carano, another impressive action star, stuck uttering exposition as a stock villainess? Why are there are so few shots in which the fighters are simply allowed to be—to inhabit their space? The modern B-action film often misjudges what its fans actually crave, even if they might not be cognizant of it themselves: poetry.