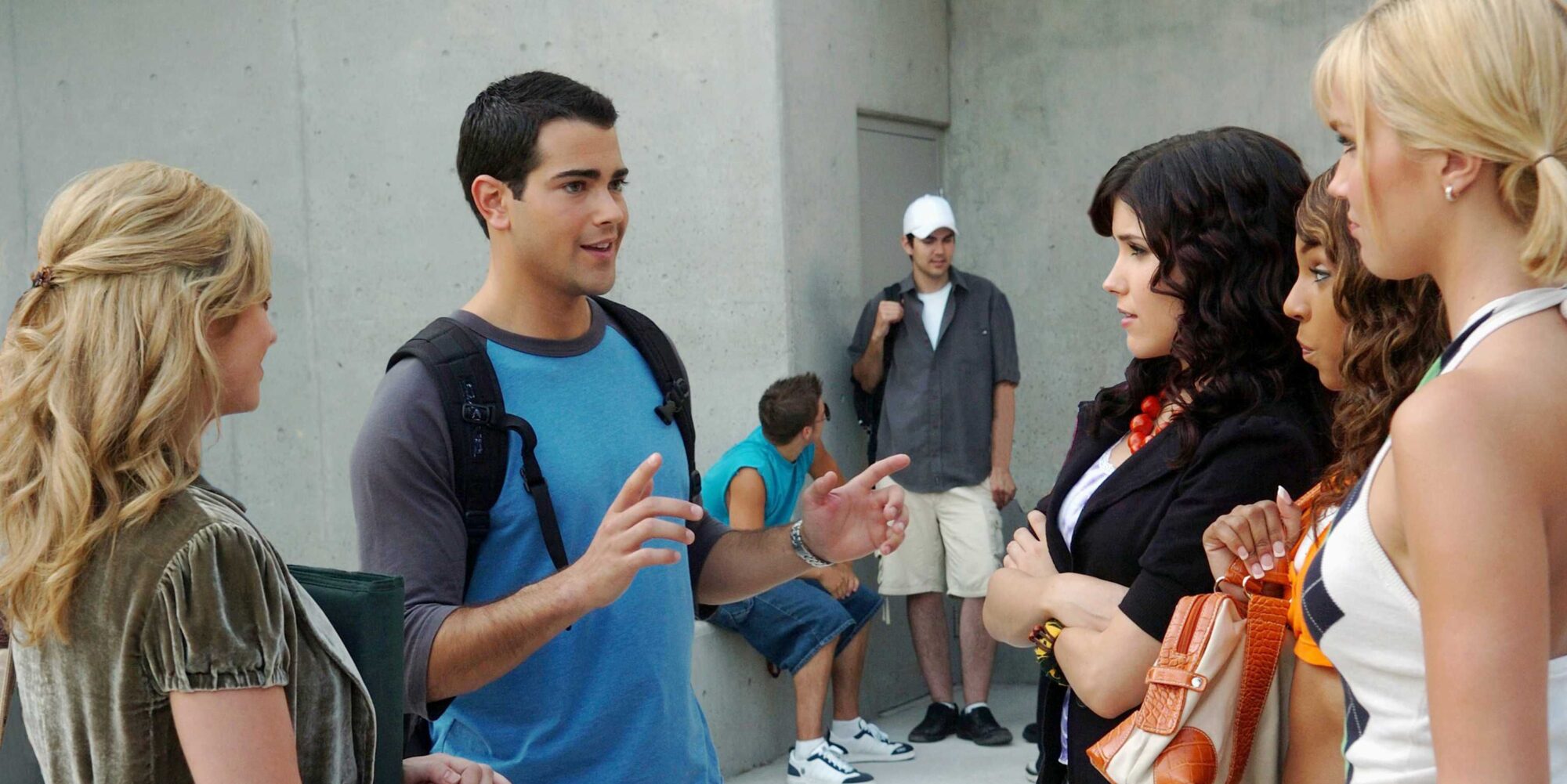 Writing on his blog about the latest Pirates of the Caribbean film, Dave Kehr observes, “With movies like this, Hollywood is moving beyond narrative filmmaking into some other realm of abstract stimulus-response mechanisms.” That’s about as apt a description of John Tucker Must Die as any nonplussed critic could hope for, even though this pseudo-feminist revenge comedy-cum-star vehicle (for bitch-tittted Desperate Housewives refugee Jesse Metcalfe) doesn’t stand a chance of pulling in one-eighth the profits of Jerry Bruckheimer’s latest glob of scrunt (go ahead and Google the word, as Michael Atkinson commands). The film’s sheer technical ineptitude—a preponderance of over-lit close-ups and two-shots, cut and pasted together as if by a disoriented flock of geese—seems almost intentional, bordering on avant-garde expressiveness (interesting to note that John Tucker DP Anthony B. Richmond photographed Jean-Luc Godard’s Sympathy for the Devil and various Nicolas Roeg films). Lest that sound like a recommendation—and I suppose it takes some form of talented eye to make Jenny McCarthy look like Eric Stoltz’s skull-deformed character from Mask—know that any artistry in John Tucker is subsumed and deadened by the combined inanity of Jeff Lowell’s script and Betty Thomas’s direction (to call their work lackluster is an insult to the descriptor). One finally becomes like Aschenbach of Death in Venice, searching vainly amid the WB primped-and-scrubbed performers for Tadzio, a role thankfully filled by the coarsely cheek-boned Penn Badgley as John Tucker’s charming slacker brother Scott. I’m due a substantial finder’s fee after he’s added to the Gus Van Sant/Larry Clark harem.