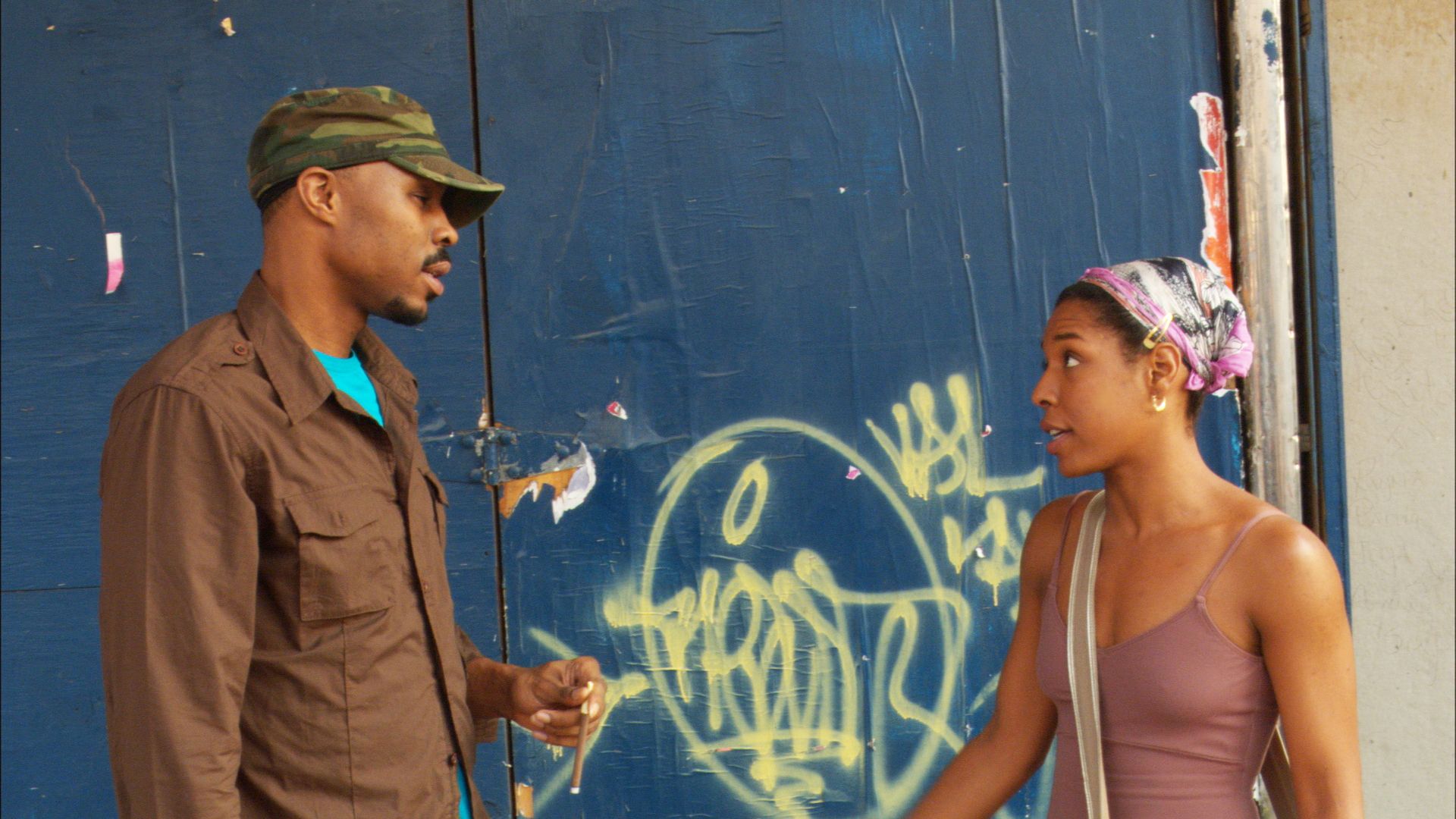 Surely first-time writer-director Lindsey Christian knew what she was doing. She named her protagonist Jazz (Monique Cameron) not for the musical genre, but as a diminutive for Jasmine, though the character’s hip-hop chanteuse aspirations offer plenty more than the allegorical minimum. And Christian must have been equally aware of the structural fumbles: For example, using Jazz’s younger sister (Erica Chamblee) as both narrator and resident voice of reason, as well as deriving filial drama from a dead mother and a domineering father. When we discover that the climax will consist of Jazz careening recklessly into the hallowed hall of the prodigal-sin triumvirate (vanity, fecklessness, and—what else?—unprotected sex) our only hope is that the film will round out its clichés with an epilogue that quotes Gwendolyn Brooks. It doesn’t, but the scenarios seem to sweat in an effort to approach her fatalistic pity and impecunious lyricism.

All of which is to say that Jazz in the Diamond District appears designed to invite the abject scorn of critics, but forces itself toward center stage anyhow—much as the film’s protagonist strikes us as a hothead who possesses the talent, but not the conviction for artistic communication. As with Jazz’s vocalism, Christian’s gifts as a director forego trenchant ideas for irrelevant if absorbing rhythm and melody. The least irritating scenes are prolonged far past their narrative purpose, such as the first time Jazz joins a local band on stage and matches their masculine, atonal raunchiness with sexy, mellifluous femininity. There’s a poetic, urban chemistry in this meaty segment that’s sadly rendered useless by the film’s obstreperous superficiality.

The Washington D.C. milieu, while thankfully bereft of Caucasians that would have dragged the drama through the race-relations doldrums, has experienced the usual surface-bleached staging: The paucity of hard drugs rings persistently false, and the token “hard lesson” date rape scene occurs across county lines, in the unforgiving sleaze of Manhattan, as if the nation’s capital is too hospitable for ruffies and heroin. Even more unsavory is the manner in which Jazz fears pregnancy rather than AIDS (never touched upon) when terminal STDs are a virtual epidemic among D.C.’s African-American poor; the utopian script naturally chastises her ego by knocking her up, validating the social myopia. This leads to a third act utterly shattered by paternity angst that reminds us not of the worst of Spike Lee, but the best of Maury Povich.

Tribeca Film Festival 2009: In the Loop