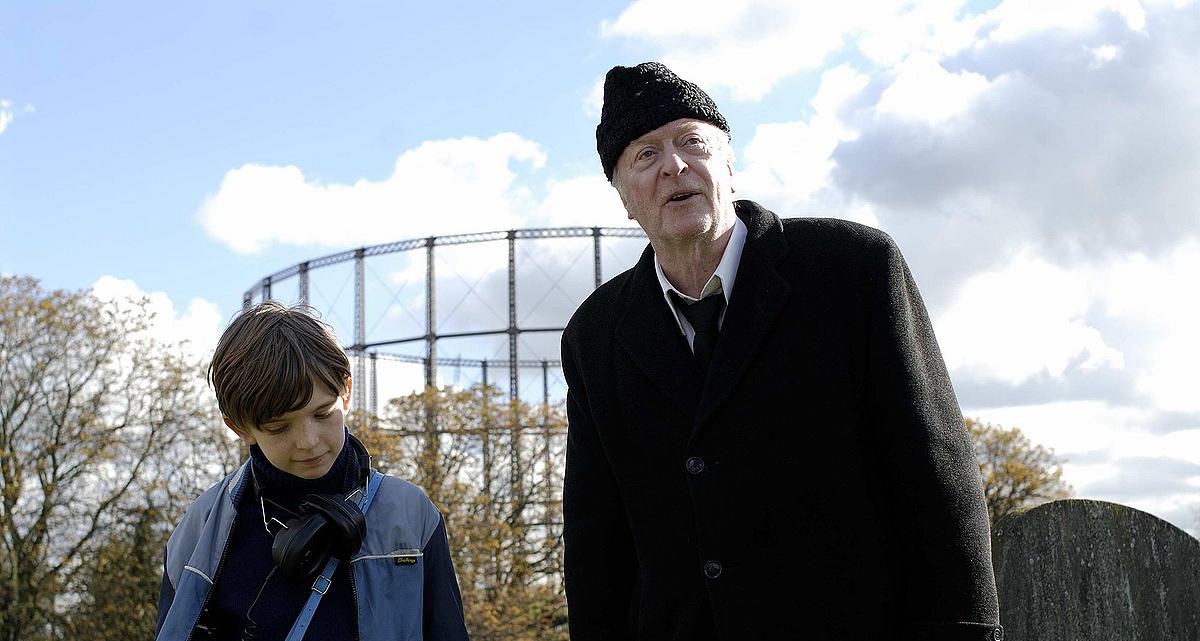 It’s a testament to Michael Caine that Is Anybody There?, a squishy drama about the friendship between an unhappy young boy and a regretful old man, is even sporadically palatable. Caine’s deftness at simultaneously evoking remorse and anger, surliness, and sweetness, goes a small way toward alleviating the schmaltz of John Crowley’s film, which often wants to be taken seriously, only to then revel in broad, dim humor that devalues any profound pathos Caine’s portrait of elderly deterioration might engender. In the 1987 English countryside, a former magician, the Amazing Clarence (Caine), is sent to live at a residence-turned-nursing facility run by the parents of Edward (Bill Milner), who resents having lost his home and bedroom to a group of senior citizens. Edward is an Arthur C. Clarke disciple consumed with investigating the afterlife via recording final breaths and holding séances. And director Crowley thankfully refrains from casting his 11-year-old protagonist as a precocious cutie pie or a morose sad sack, instead allowing Milner to unaffectedly express his protagonist’s reasonable disaffection.

Restraint, however, is otherwise in short supply, as the story soon becomes just another muted yet heartwarming tale about seeing the magic in the everyday and learning to embrace the life you have—further conveyed by a subplot involving Edward’s dad’s (David Morrissey) desire to cheat on his wife (Anne-Marie Duff) with an 18-year-old employee. That a magician imparts this message is contrived, though no more than the way Edward’s ghost hunting transparently functions as a reflection of his desire to find hope and purpose in his glum existence. Worse, though, is that Is Anybody There? doesn’t just want to be weighty, but also wants to be quaintly adorable. Consequently, there are incessant diversions involving doddering on-death’s-door characters, including the former dancer with the artificial leg, the drunk, the bitch, the nudist, and the one-word-uttering weirdo, all of them taking part in corny comedic asides—there they are in salon hair dryers, and there’s one dropping dead just as her daughter arrives for a visit!—that, to quote Clarence, make one want to scream, “Bugger off.”