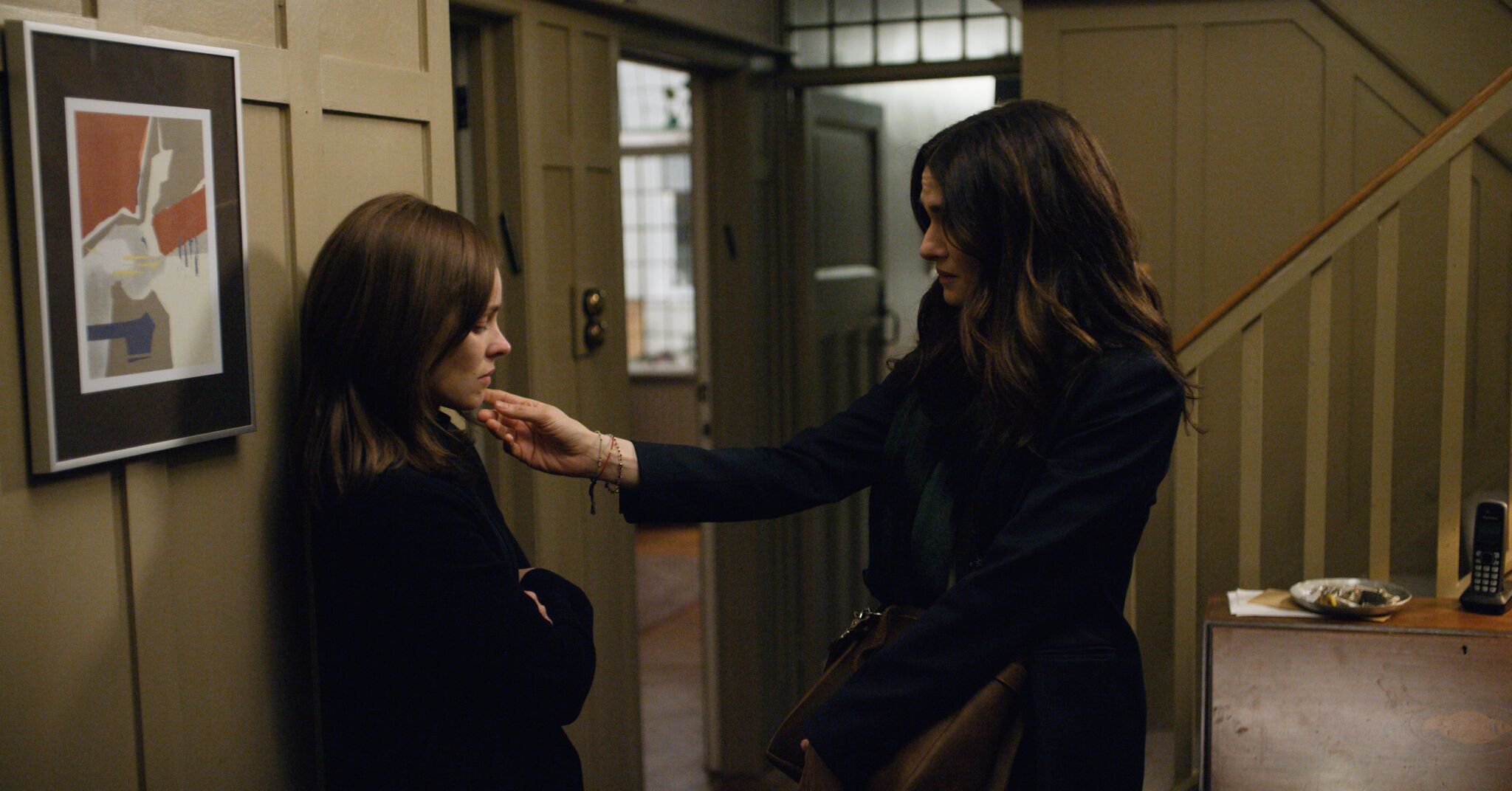 Less remarked on than the Me Too movement, but at least as important to the women of Hollywood, the unspoken rule that sidelined generations of actresses after they had reached 40 or so is unraveling fast. A radiant 48, Rachel Weisz is at the forefront of that change, living the kind of life that had traditionally been possible only for male actors. Still building her family with husband Daniel Craig—the baby she’s due to have later this year will be the first for the couple, each of whom has a child from a previous relationship—she’s starring in films by auteurs like Yorgos Lanthimos and Paolo Sorrentino.

Weisz helps make sure those roles keep piling up by developing scripts like the one for Sebastián Lelio’s Disobedience. After deciding she wanted to star opposite another woman, she read all the lesbian literature she could find in search of a love story and eventually discovered Naomi Alderman’s 2006 novel Disobedience, which she tried to get made for almost a decade.

At the start of Lelio’s film, Weisz’s character, Ronit, leaves her bohemian life in New York City for the Orthodox Jewish community in London where she grew up, to attend her rabbi father’s funeral. Once there, she encounters Esti (Rachel McAdams), with whom she’d had a passionate affair that scandalized their community. The two women are drawn to each other again, causing both to question the way they’re leading their lives.

Earlier this week, I talked to Weisz at a hotel in Tribeca where she was promoting the film, which was about to screen at the Tribeca Film Festival.

You played a lot of roles in putting this film together, including optioning the novel and helping to develop the script. Did you also find the other actors?

Well, I let Sebastián Lelio lead. He felt Rachel McAdams would be great as Esti, I agreed, and we were very lucky in that she immediately connected with it. She really identified with this character. And I was involved in that I found the novel and took it to a producer, Frida Torresblanco, who knew Sebastián. He was the first person we approached. So it was very kind of blessed and charmed. I was also involved in the development of the script, which I loved doing. Love writers. Sebastián did the first two drafts and then we hired Rebecca Lenkiewicz, who’s a great English playwright and screenwriter. And then when the filming began, I became just an actress. I didn’t carry on doing anything producorial. I surrendered to this incredible director. We all did. We trusted him, and he made us feel safe, so it’s completely his vision and his point of view. I don’t claim any authorship in this film.

To me, the key moment in Disobedience is when Esti says, “It’s easier to leave, isn’t it?” And then Ronit says no. The film is about the tension between staying in the culture you were born into at the cost of denying a core part of yourself versus heading out into the unknown and losing that sense of community. I liked how the film showed the pros and cons of both choices, and also how fair it was to the religion that was causing the conflict.

Well, Naomi Alderman, who wrote the book, grew up within the community. She abandoned the community, came to live in New York, a bit like Ronit, but she wrote the novel with great love and respect and spoke to the nourishment of spirituality in community. But what you’re referring to is really Sebastián. He does the opposite of objectifying people: He subjectifies everyone. You’re the first person who’s mentioned what Esti and Ronit say, but I completely agree with you. It’s about that tension of wanting to belong but wanting to be free. But one needs to be nourished by one’s family, the place one is from. If you’re always running from it then you’re not really free. That’s totally Sebastián. He subjectifies Dovid’s point of view, Esti’s point of view, and Ronit’s point of view. Some people might identify a little more with one character than another, but they’re all right and they’re all wrong, to a point. And that’s him. He doesn’t give the audience the easy exit of an antagonist. There’s no bad guy or bad girl. As Sebastián says, the antagonist is within. I find that beautiful and moving, but it’s unusual.

The way the film often focuses on Ronit’s loose hair in contrast to the wigs worn by the Orthodox women works really well as a visual metaphor.

Yeah. Sebastián realized when we were shooting it that it was almost becoming a movie about hair. It was not intentional, but these women and their wigs—it’s an unusual custom. It’s almost like a sci-fi thing for us, visiting this other planet, because we’re more Ronit than Esti.

You’ve been developing properties for yourself for a while. Have you found other aspects of filmmaking that you love as much as acting?

Oh, yes. It took two years just to develop this script. It can take longer; that was quite quick. I love that process. I loved working with the other producers, with the two writers, giving notes. It’s a completely different part of the brain. I’m not involved in the money-raising, as I’m not a nuts-and-bolts numbers person. I was a creative producer. I don’t know if it’s more interesting. It’s just another role that I feel passionately about—a story that I know I wanted to tell. It’s a different skill set I’m developing. But I love acting too. This came right after just acting in The Favourite, which has three female leads and Yorgos Lanthimos directing, and that was perfect too.

Could you see yourself developing things just for other people?

I have been, a very little bit. It’s really time-consuming, and at the moment I have a bit of a full slate with my own stuff. But maybe eventually, yeah.

What else do you have in the works at the moment?

There’s about six things. One is a book by Lissa Evans called Crooked Heart, which is a bit like a Paper Moon-type film, except that it’s a woman with a little boy rather than a man with a little girl. It’s set in the war on the home front, but it’s the opposite of a kind of noble wartime story, in that they’re kind of grifters. They’re small-time crooks. They go around with collection boxes for made-up charities to try and make money. It’s a kind of comedy. Have you seen Paper Moon?

Yes. And also The Grifters, which this is reminding me of, with Angelica Huston and John Cusack.

This is deep period, like 1942. It’s about the deliciousness of transgression. They’re small-time crooks—very small-time. It’s not as dark as The Grifters. More like Paper Moon. Like, you’re rooting for the criminals.

Review: The Gospel According to André