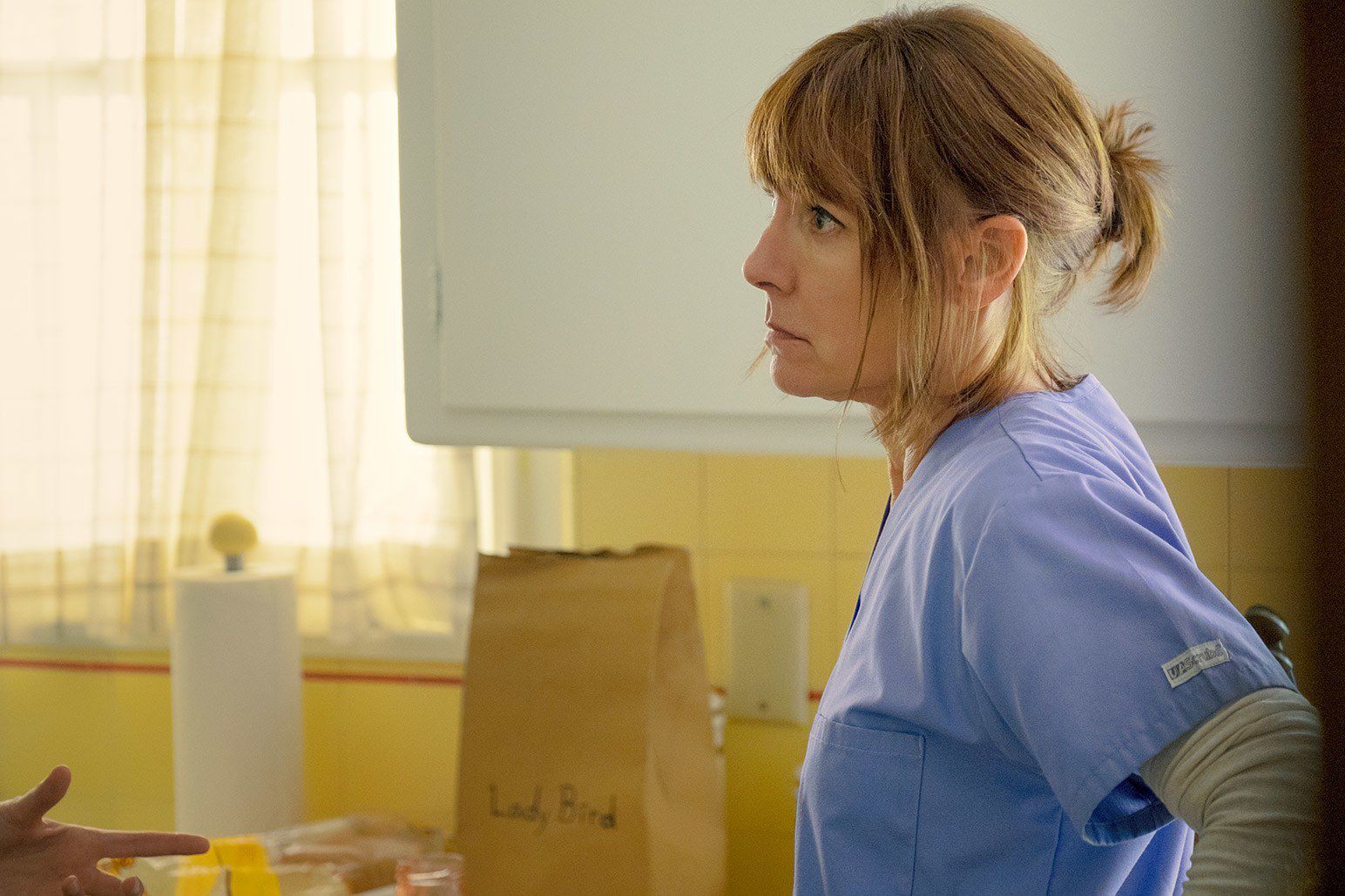 Laurie Metcalf is a powerfully empathetic actress whose often comic and always ferocious intensity inspires an equally intense empathy in audiences, encouraging us to love our fellow humans not so much despite their flaws as because of them. She invites her viewers to relate to a kaleidoscopic range of sometimes absurd or regrettable emotions and behaviors, not just from one part to the next, but within nearly every character she plays.

A charter member of Chicago’s Steppenwolf Theater, Metcalf still prefers live theater, and she recently won a Tony for her role as Nora in the Broadway production of Lucas Hnath’s A Doll’s House, Part Two. But she has created indelible characters for TV and film as well, including Roseanne Connor’s endearingly klutzy sister Jackie on Roseanne and the big-hearted but harried mother of Saoirse Ronan’s main character in Greta Gerwig’s Lady Bird, a coming-of-age story that is, at its core, a mother-daughter duet.

In an interview to promote the film, Metcalf talked about her aversion to working with cameras, why she runs through all her lines before every performance of a play, and how being shy helped her as a young actor.

One of your great strengths as an actress is the way you transmit every one of your characters’ feelings to your audience, even when they’re in conflict with each other. Do you feel your own emotions in life as strongly as you seem to feel your characters’ when you are acting?

I never really thought about that. No, I don’t think that I do, actually. I think that I experience things much more intensely when I’m acting. I get into the work and feel things very deeply, more so than I do in my own life.

You’ve said you were very shy as a young woman. Are you still?

No, I don’t think I am. I was when I started acting though. I think I used that in my work, because I like disappearing into a role and I felt more comfortable doing things in character than I did as myself. But as I did more work, I gained in confidence—well, not when I’m working with a camera. I still don’t like that.

It just makes it harder to block things out. It’s funny that I feel that way, since I’ve done so much work in movies and on television, but the camera just tenses me up. I wish I didn’t feel that way. I want to work on that, so I can get more comfortable with it.

Greta Gerwig has said that your “Midwestern-ness” was part of what made her love working with you and Tracy Letts on this film, because you’re both “workmanlike and grounded, not showy or grandstanding, even though they both have more than enough talent to be that way.” Do you feel like being from the Midwest has had an effect on your work ethic or your understanding of certain kinds of characters?

I was amazed to read that you run all your lines before every performance, when you’re doing a play. That sounds like such an intense and time-consuming way to prepare.

It is! I hate doing it, but I feel good when it’s done. It’s like exercising.

Do you think it’s partly an almost superstitious habit, like how baseball players won’t cut their beards if they’re on a streak?

I do. I do. But it really does help. It’s a great vocal warm-up. Especially for a play as [verbose] as A Doll’s House Part Two, it was really important to run my lines because I needed to be able to talk so fast.

That was such a great play, but I felt for you when I saw you promoting it because every time you talked about it you wound up explaining the title by saying it wasn’t a period piece, and you didn’t have to have seen the original to get it, and it was actually funny.

Yeah. I think a lot of people may have stayed away because of that title, until we started to get some good press.

Lady Bird is such an honest and realistic-feeling depiction of the internal life of a teenage girl, and a big part of that is the relationship between Lady Bird and the character you play. As a mother yourself, how did you relate to that mother-daughter love story?

I really related to how much they loved each other but also how difficult it was—how they could aggravate each other. Being a mother, of course I could identify with that turbulent time [of adolescence]. We’ve all been through it. And that’s the only time when we get to see this mother and daughter, so we wanted to make sure the head-butting was balanced with moments of their being on the same page and comforting each other or having tender moments. I think Greta did a really good job of the balance.

You and Saoirse Ronan operate at such a high level of intimacy and intensity, you really feel like a mother and daughter. A lot of that is obviously in the script, but what did you two do to achieve that bond?

We just had a real respect for each other as scene partners. It was a real joy to work on that opening scene, which is funny and sad and hurtful, and then have her throwing herself out the car at the end of it. It was a real pleasure to be able to just drill it over and over and get it up to speed but stay loose within it and not have to worry about cutting each other’s lines off. I loved that scene. We were able to be playful within the scene. And it’s like a little opening that tells you what the tone of this movie is, because it’s got a little bit of everything in it.

Interview: Takashi Miike on Blade of the Immortal, His 100th Film