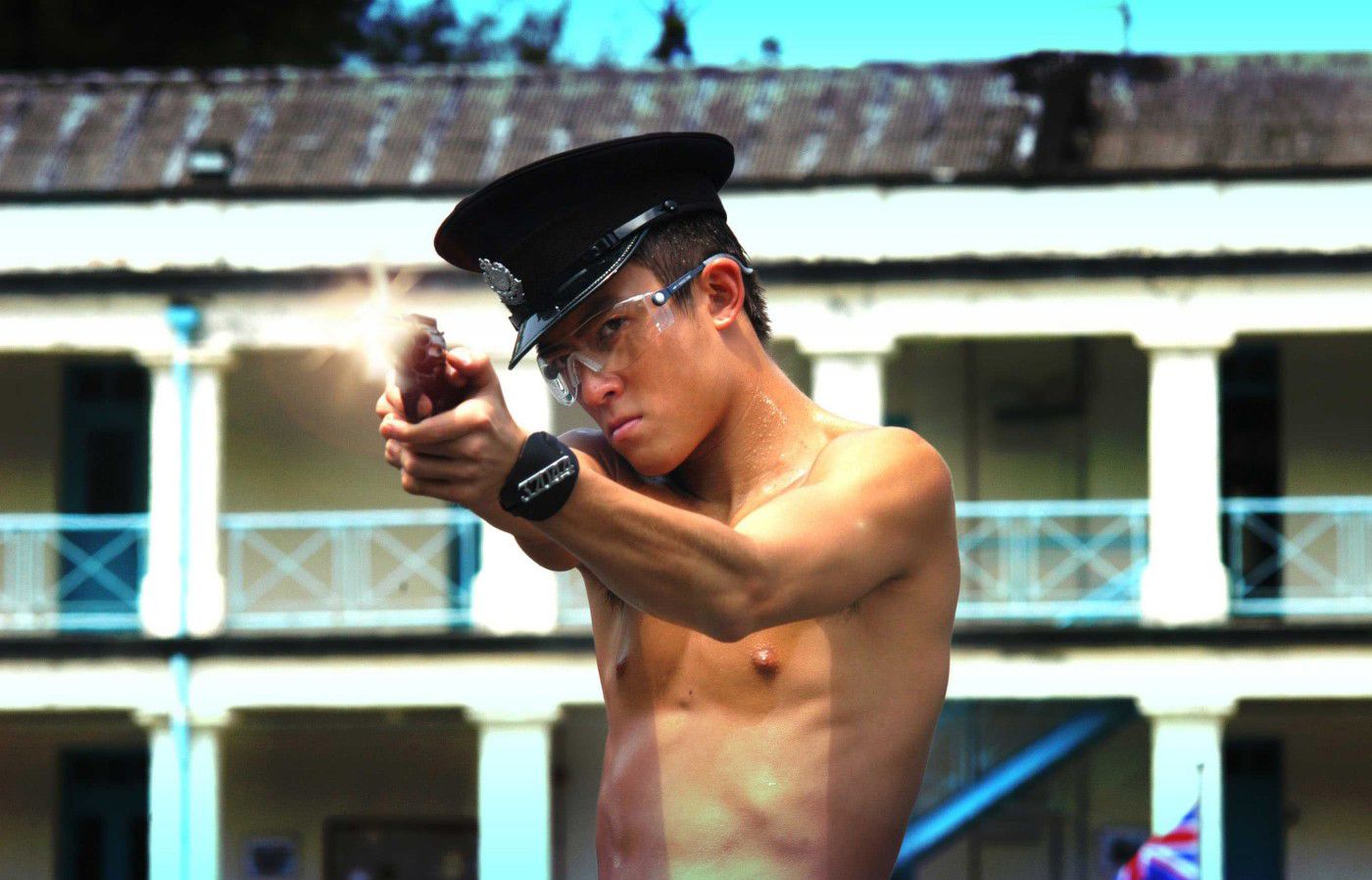 You probably already know the extent to which Asian cinema has influenced the work of Quentin Tarantino. Proving that the exchange of pop-cultural parts works both ways, Wai Keung Lau and Siu Fai Mak’s successful Infernal Affairs trilogy could be the incestuous syllabus for “The Effects of The Godfather, Michael Mann, Tony Scott, and the American Police Procedural on Asian Cinema.” That an American remake is already in the works (with Matt Damon, Leonardo DiCaprio, and Martin Scorsese all in on the action) is beyond ridiculous. Lau (Andy Lau) and Yan (Tony Leung Chiu Wai) attended the same cadet academy, the former sent there by a drug kingpin, Sam (Eric Tsang), who prefers to cultivate his contacts at the police station. Many years later, both men are working as moles—Lau as a gangster infiltrating police headquarters and Yan as a police officer with a mainline into the triad underground. Naturally, the longer each man works for the other side, the blurrier the lines between good and evil become.

Lau and Mak’s camera is perpetually restless throughout the three films, as is the editing by Danny Pang (co-director of Bangkok Dangerous and The Eye), whose major contribution to their MTV-style aesthetic is eulogizing every death with black-and-white flashback montages set to corny love songs. (That Christopher Doyle had to serve as a “visual consultant” on Infernal Affairs indicates that the film, not unlike its main characters, suffers from an identity crisis.) To the first film’s credit: The filmmakers seem to realize that the story’s constantly whirring gadgets and gizmos are more dynamic than their actual living-breathing counterparts, and as such the opening drug bust (lasting an impressive 30 minutes and predicated on a complex web of communication between fidgeting bodies, computers, and cellphones)—like the dreamy rooftop sequence that closes the film—becomes a riveting opera of sound and image distinguished by the virtual absence of human drama.

Pop star Edison Chen and model Shawn Yue, who played Lau and Yan via flashbacks in the first Infernal Affairs, reprise their roles in Infernal Affairs II, but still play second fiddle to actors Anthony Wong and Eric Tsang. The film begins with a remarkable sequence between the older actors, whose characters discuss morality over Chinese takeout. The moment serves as a startling contrast to a more bitter dinner the men share in the first film, but it’s an emotionally powerful sequence between the young Yan and a fellow prison inmate who isn’t allowed to go to his father’s funeral that more hauntingly points to the breakdown of common decency in the film’s constricted milieus. Less show-offy than Infernal Affairs, its prequel is also considerably over-plotted. From the exploding cars to the cozy outdoor dinner sequences, the film’s debt to The Godfather II is cloying and distracting. If the fall of Batista’s Cuba is the riveting backdrop to Coppola’s film, the handover of Hong Kong to China in Infernal Affairs II scarcely registers.

Infernal Affairs III, released in its native China only a few months after the second film, allows Andy Lau and Tony Leung Chiu Wai to reprise their original roles. With all the good guys gone, there really isn’t anyone to care about in this jumpy, unnecessary sequel. Lau struggles to keep a lid on his identity at the police station, fearing that the ruthless Yeung (Leon Lai) may be gunning for him, while a wasted Leung plays tiddlywinks with Kelly Chen when Wong’s superintendent character advises Lau to get his anger in check. The more elegant second film is saved by the filmmakers’ claustrophobic use of close-up, which amplifies the haze of non-stop shifting alliances and double-crossings. As overstuffed as the second film and as melodramatic as the first, it lacks the grace of the former and the whiz-bang poetry of the first film’s better sequences. Like The Godfather III, it seemingly exists to buff its predecessors’ rough spots but only tarnishes their memories.