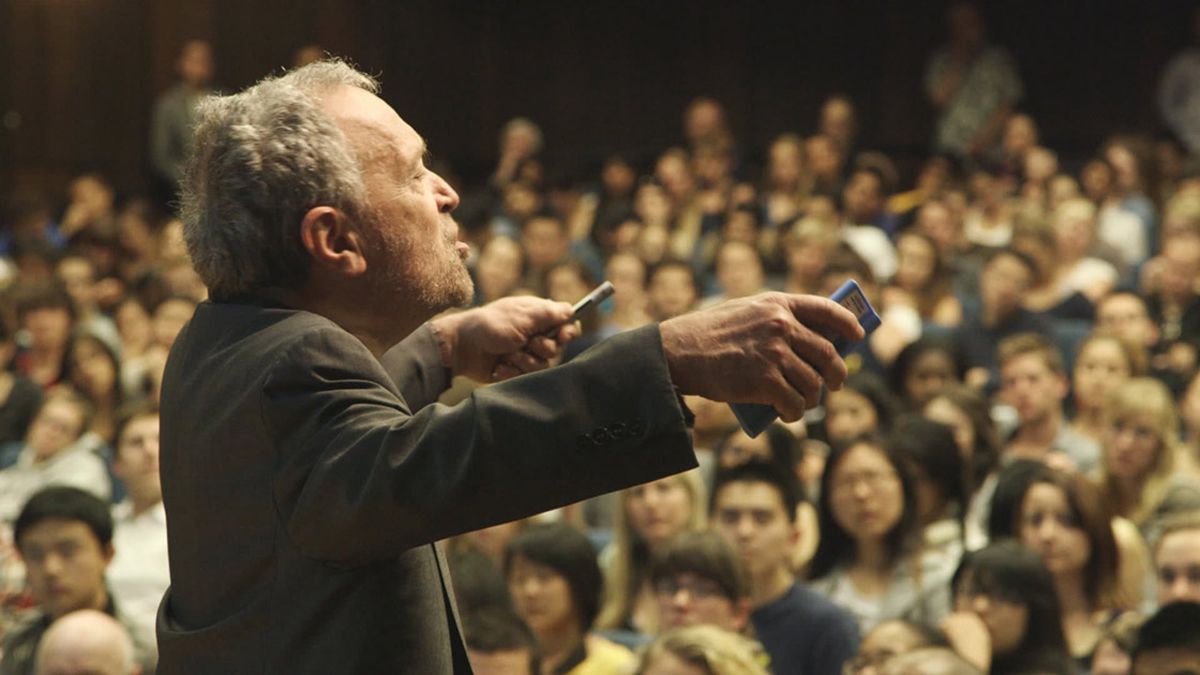 From his political beginnings as an assistant to the solicitor general in the Ford administration, to his post as secretary of labor in the Clinton administration, to his current job as a professor of economics at U.C. Berkeley, and in all the books he’s written in between, Robert Reich has always put forth a simple message: You can’t have a robust economy without a strong and vibrant middle class. Comparing graphs of different economic measures past and present, Reich shows us in Inequality for All how our current state of extreme inequality in America is very similar to one that happened last century. He offers a simple, surface-level analogy for the shape of these graphs: a suspension bridge. The pillars holding up the bridge are, to use one of his economic measures, the spikes in income concentration occurring in 1929 and 2007, years right before the Great Depression and the Great Recession, respectively. The valley of suspension wire between the pillars matches up graphically to what Reich considers the golden years of America roughly 1947 to 1977, when income inequality was at its lowest and we had a “virtuous cycle” of higher living standards, more jobs, and better wages.

Reich’s sleek presentation—his neat rhetoric and clean, simplified graphics that lucidly explain his ideas, along with a sense of humor about his diminutive height—makes him an effective, affable spokesman for the middle class. And his students, seen during classroom scenes that bookend the film, would probably agree. Reich’s message to America, much like director Jacob Kornbluth’s uncomplicated film, is so simple and straightforward (you might even say obvious) that, without nitpicking, it can appear flawless. Additionally, though it would have been easy, neither Reich or Inequality for All dwell on the many negatives of inequality: While we meet struggling families whose lives have been impacted by the economy, and Reich acknowledges that his whole career might be a failure because he’s yet to see his ideas change America for the better, an optimistic outlook prevails. The only fuzziness here is how the 99% can bring about this change. The documentary, skirting such answers, cagily offers up a link to its website for more information after a closing scene which features Reich, in the last day of his class, filling his students full of hope and inspiration, telling them he believes they can change the world. Some may, but the outlook is currently dismal when politics are increasingly controlled by those with big pockets who seek to increase their wealth.

Review: Cloudy with a Chance of Meatballs 2