As a veteran scientist whose ideas and political views have been well established over his some 32 books, five TV shows, and a radio program, David Suzuki is in no need of a rehash. When he signed on for Force of Nature: The David Suzuki Movie, though, he didn’t think that would be the outcome. He imaged an epic, eight-hour film with Avatar-like CGI to conjure up how humans played, and could play, a part in past, present, and future ecosystems of the planet (“We are the environment,” he says). What this man with a James Cameron-like sense of ambition and scope got instead from director Sturla Gunnarsson is a film akin to An Inconvenient Truth, but with less PowerPoint, which is to say, nothing Suzuki was hoping for, and for anyone who’s already familiar with him, just another Suzuki Reader.

Since all of the material presented here is readily available elsewhere, for Suzuki this film is clearly just a victory lap, one in which he can proudly and cheerfully recount his achievements while the film pats him on the back. To make sure Suzuki is seen as an indisputable figurehead of environmentalism in Canada, where he’s from, he’s not challenged on any of his ideas—and why would he when he’s right, as any liberal watching would agree. At 75, Suzuki appears healthy, alert, and still passionate, giving his holistic worldview credence as he speaks in footage from his 2009 legacy speech at UBC, which is interwoven with tangents filled with archival footage from his life in linear fashion. The only person Suzuki has to thank for saving the film from being a mediocre TED talk is himself; his optimism about such a discouraging subject as the end of life as we know it—he claims, through an analogy about bacteria exponentially growing in a test tube, that we’re in our last “minute” before we’ll have exhausted our population growth—is refreshing, and instructional insofar as a laymen can really look up to a famous, globe-trotting PhD from the ’70s for a reasonable mindset to adopt in the face of seeming insurmountable problems confronting the 21st century.

At best, Force of Nature restates an important message to a wider audience. Suzuki sees everything as being interconnected in a larger ecosystem, including our recent economic crisis, which, as further evidenced in a YouTube video of him at Occupy Montreal, he likens to the environmental crisis, claiming both are the result of abuse by a corporate agenda that values GDP over GPI, profits over people and the planet. If the doc has any chance of making the world a better place, to help bring the world back into a state that doesn’t allow for the possibility that we have today of “several pounds of plastic and dozens of toxic molecules dissolved in our bodies,” it’s because Suzuki’s well-articulated message is given a clear presentation in a medium that, as Suzuki has noted, is beneficial in that it allows people to pay longer attention to a given subject than is possible in the news, which is likely the only place, however briefly, climate change has been brought to bear on many people’s minds.

Review: Inequality for All

Review: Hegedus and Pennebaker’s The War Room on Criterion Blu-ray 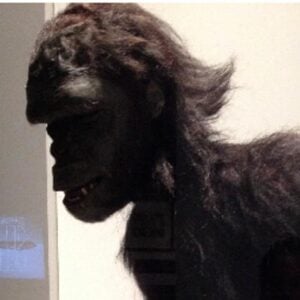 Review: The Story of Lovers Rock