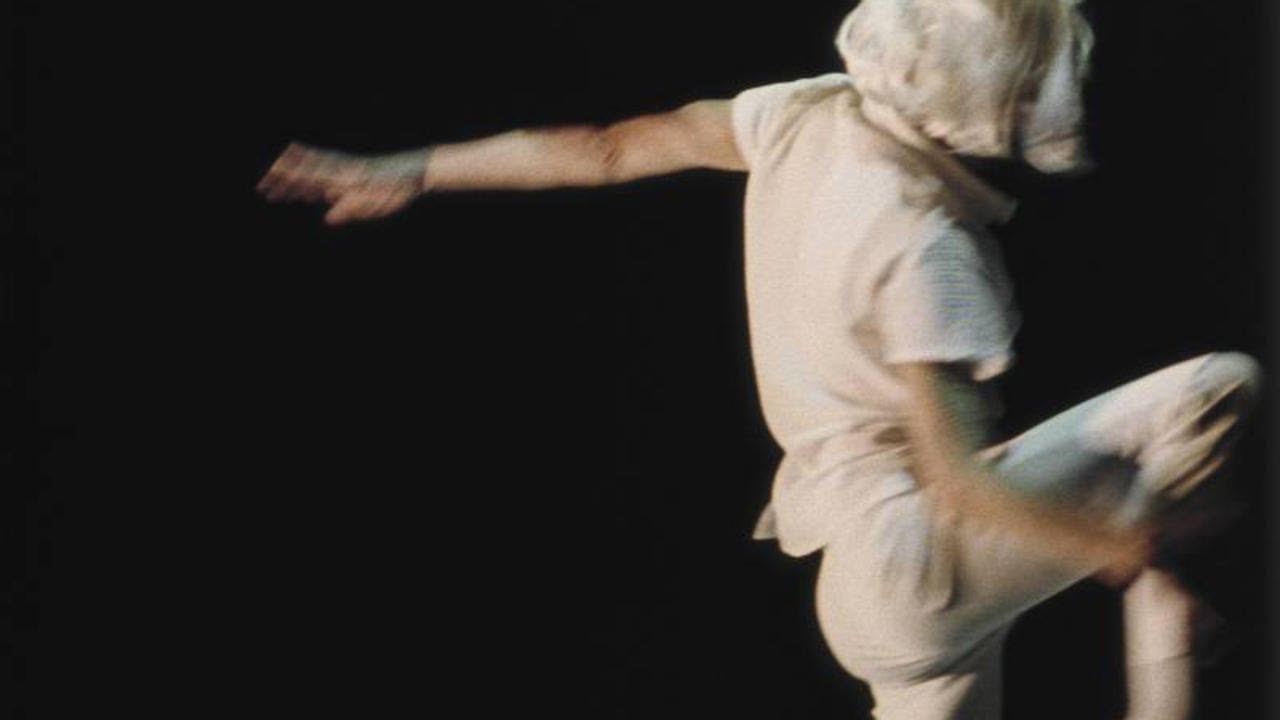 A friend of mine and I once came up with a formulation: In terms of French cinema, Claire Denis is the synthesis of Bazinian realism and the cinema du look. She manages to combine the blank, observant camera of the respected former with the blatant formalism of the hated latter and create a sort of social-realist-fabulism. On the one hand, she is probing vital issues of the day, particularly post-colonial ones, and trying to represent them in as precise a manner as possible—yet she doesn’t blow off the play of forms or the sensual demands of the body in order to do so. In Denis’s cinema, work and play are inevitably bound up together so that these two utterly irreconcilable concepts can find a common ground, each deepening the other’s representation of the world.

As it turns out, work and play are at the heart of Denis’s recent documentary Vers Mathilde, playing on Jan. 17 at the Cinematheque Ontario.

The film deals with the choreography of Mathilde Monnier, whose job it is to bring the two concepts together in a furious but pleasurable ballet. And of course, Denis manages to match her in a star directorial performance that expands the boundaries of what a documentary can be. This defiantly linear genre largely professes to be a representation of reality, either through the representation (via voice-over, file photos and talking heads) of a process or history, or through the apparently “unmediated” camera of cinéma vérité, while Denis’s approach is to combine, via a fractured chronology, the reality of vérité with the flourish of formalism.

Denis reports that it was like-at-first-sight when she met Monnier, who approached her at a dance festival about making a film (as the director has metaphorically asserted elsewhere: “if she wanted to work with me, she’d have to hire me as a dancer”) and the results suggest someone with a deep affinity for the component parts of the enterprise. Vers Mathilde is a work that takes pieces of an artist’s process and creates something new with them: filmed at both Monnier’s Centre Chorégraphique National de Montpellier and at the dress rehearsal for Monnier’s then-latest opus, it combines both the exercises of the choreographer and her attempts to mount her production, without separating which is which. Denis refuses to fill in gaps as her subject’s activities continue in their supremely aesthetic manner, intensified by the startlingly beautiful Agnès Godard/Hélène Louvart cinematography, and further abstracted by the director’s aforementioned experiments with chronology (courtesy editor Anne Souriau), which isolate movements instead of integrating them into a seamless whole.

The film opens with some preliminary efforts on behalf of the final production (testing sound equipment for the dancers to wear; exploring possible noises with the sound designer; considering the use of sheets of latex as props). A bare thread of sequential logic manages to keep the torrent of imagery from becoming completely incoherent: one is always dimly aware that a project is about to be completed and that its debut fast approaches. But one isn’t really aware of the process of making a show in the temporal sense—one is, instead, more aware of moments of choreography. Denis sees elements of the show (dancers taking positions and testing movements, one lone dancer in a vast innertube slowly negotiating his encumbrance) and traps them in space, appreciating them in their own right rather than as part of a synthesis.

To be sure, the film finds its own form of synthesis, but it’s more sensual than practical. Denis makes strange with all of the dancers’ movements to establish their uniqueness, as if acknowledging the bizarreness of these individually beautiful positions (and sounds) being subordinated to a larger whole. It’s also a matter of negotiating the difference between stage and film: Denis is sharp enough to understand the differences between the cinema’s breaking up of objects and persons and the continuous motions of people milling about a proscenium arch. Wisely, the director has no interest in the impossible task of reproducing the theatrical dance experience, choosing instead to collaborate with the subject on something quite different. Monnier provides the movements and Denis contextualizes them (and, just as often, refuses to contextualize them).

There are, of course, occasional (and sparse) bits of interviewing with Monnier as she directs groups of dancers (students?) and tries to lead them through choreographic exploration. And, in a statement that befits the design of the whole production, she even admits to overdirecting, giving a group of her charges too much of an idea for an exercise—Monnier later complains that it had the effect of limiting what they felt they could do. Denis’ project is to counteract that tendency: one can’t get a fix on how to assimilate the many movements, actions and gestures that the director chooses to isolate. Even in the final dress rehearsal sequence, which ought to reconstitute the movements into Monnier’s whole, Denis instead relies mostly on the choreographer’s suggestions before settling onto one (again, isolated) dancer in a final splitscreen sequence.

Denis isn’t simply playing sensual games (though she is, quite gloriously)—she’s also redefining what a documentary can be. Shattering the idea of unmediated reality or unsubjective truth, she foregrounds her own highly specific interests in the various choreographic elements and defies us to follow suit. Denis’s sui generic work here throws entire schools of filmmaking out the window in order to examine its non-fiction terrain more closely, more felicitously, and less concretely. It’s the documentary as notebook rather than as thesis statement, and it deserves to inspire other filmmakers to their own vivid explorations of the trees that make up the forest of fact.

Though her interests—which include a typically Denisian bit of cultural leveling when she gets the highbrow dance maven to dance to some PJ Harvey—are unique to Denis’s personality, she resists the urge to make them seem like the primary concern in Monnier’s study. The director refuses to make herself the center of the discourse and, in turn, refuses to make anything else seem central as well. Her self-willed following of bliss frees us up to do the same, rather than nailing us down to a position we have to accept or reject. It shows us what we can do as opposed to telling us what we must.

5 for the Day: Barbara Stanwyck