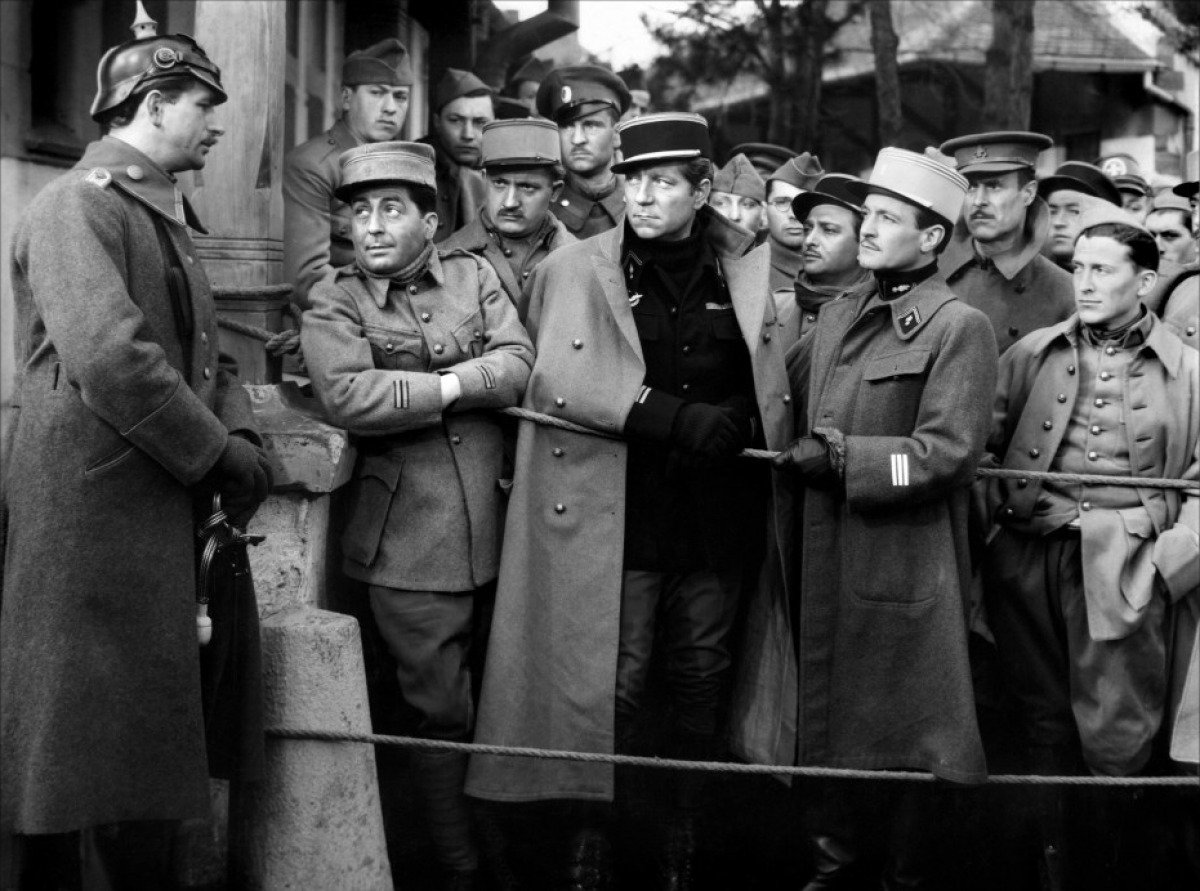 Maybe it’s just coincidence, but the most creative periods for the movies seem to occur about every 30 years, usually triggered by the advent of some new technology. First came that short burst of experimentation by people like Georges Méliès during the last few years of the 19th century, right after the medium was invented. The latest is the digital revolution that started around the turn of this century, making it possible for almost anyone to make a movie (and enabling a whole new level of intimacy between filmmaker and subject) by eliminating the need for expensive film processing and slashing the cost and size of professional-quality cameras. But my favorite golden age is the one that stretched from the late ‘20s to the early ‘40s in Hollywood. Old pros who’d cut their teeth on countless shorts showed us what could be done with silent film while upstarts like Howard Hawks and the Marx Brothers played with synchronous sound, that shiny new toy, in movies crammed to the brim with fast, funny talk. That probably explains why half of my 10 favorites were made during a 14-year period that ended as WWII began. 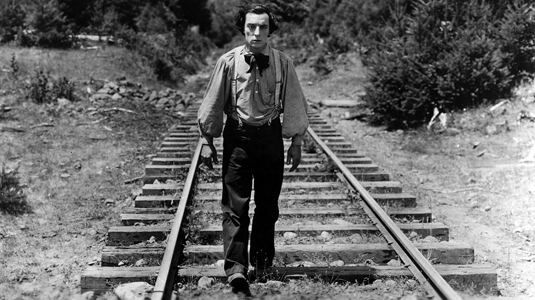 The General (Buster Keaton, 1926). The world was a much slower place in 1926, and filmmakers tended to draw things out far longer than they do now. But Buster Keaton’s pacing, which probably felt breakneck at the time, still holds up four generations after its debut. The General opens with a sweetly funny, narratively economic setup that moves at a deceptively leisurely pace until we know everything we need to understand about our hero and his situation. Then we hurtle into the almost nonstop action of the rest of the film, which Keaton co-wrote, co-directed, and co-edited. There’s great comic timing in these edits, along with a genius’s understanding of his still-new medium. 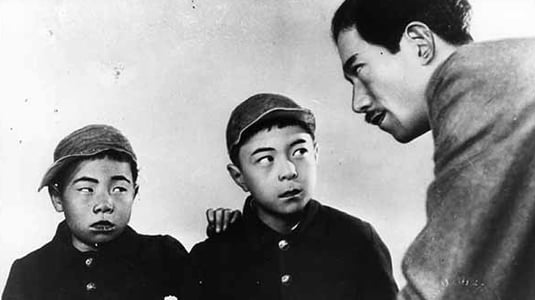 I Was Born, But… (Yasujirô Ozu, 1932). Building slowly, almost imperceptibly, to an emotional crescendo, I Was Born, But… accumulates everyday details about ordinary people as if by accident, turning the story of two young brothers adjusting to life in the suburbs into a trenchant dissection of prewar Japan. As always, Yasujirô Ozu helps us slide into his characters’ lives by adopting their perspectives, positioning his camera more or less at eye level. This is naturalism at its best—beautifully acted slices of richly textured life. The dialogue is surprisingly realistic and truthful too, especially considering that this is a silent movie and all the speech is introduced in the form of title cards. 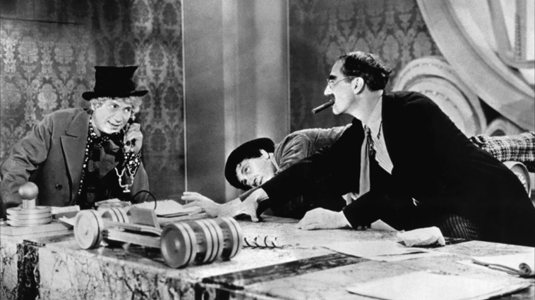 Duck Soup (Leo McCarey, 1933). The Marx Brothers’ anti-war, anti-authoritarian, absurdist masterpiece Duck Soup is all anarchy and entropy, a chunky comic stew perpetually on the verge of boiling over. The brothers do everything from slapstick to sight gags to political satire with an insouciant impudence that makes it all look easy, but it’s the constant barrage of wised-up words that makes this an American classic. 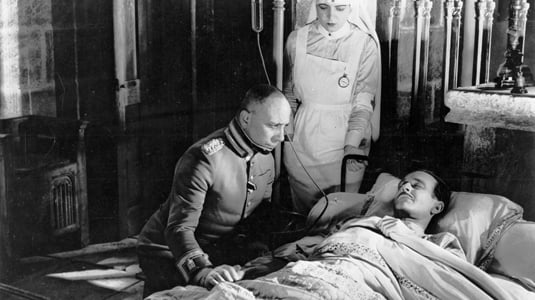 Grand Illusion (Jean Renoir, 1937). From the confines of a series of WWI POW camps to the vast field of snow in which Grand Illusion’s heroes make their final escape, Jean Renoir keeps his focus on the pairs and small groupings that form as friendship, love, camaraderie, and the noblesse oblige of shared class privileges push aside the petty contrivances of war. Renoir’s warm, steady gaze melts away national borders and ethnic prejudices, revealing them to be arbitrary inventions that subvert the natural order of things. 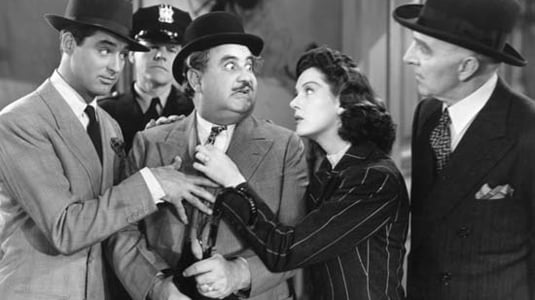 His Girl Friday (Howard Hawks, 1940). Barely a decade after Hollywood figured out how to make movies talk, director Howard Hawks made His Girl Friday, a gorgeous symphony of rat-a-tat zingers and overlapping dialogue. A war of the words between New York newswoman Hildy Johnson (Rosalind Russell) and her former editor and husband, Walter Burns (Cary Grant), the film is the ultimate screwball comedy. A nonstop battle of wits that both parties wind up winning, it’s sheer joy from start to finish. 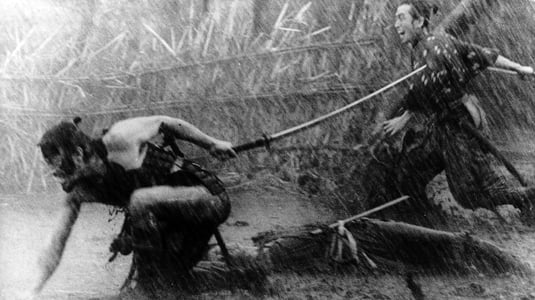 Seven Samurai (Akira Kurosawa, 1954). No one has ever filmed action better than Akira Kurosawa, and he never did it better than in the western-style underdog revenge drama Seven Samurai. But first we get to know the homeless samurai who agree to defend a village from a marauding warlord and some of the villagers who fear and/or bond with them. Kurosawa also uses this time to lay out the geography of the town and its surroundings, so we know exactly who’s where when the fighting starts. The mix of overhead and ground-level shots helps us feel the surge of the battle and the heat of the skirmishes, while the time we’ve spent with the town’s plain folk makes us deeply invested in their triumph. 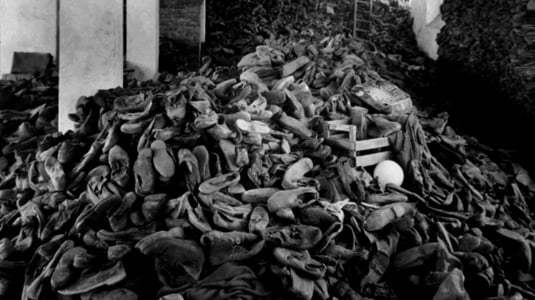 Night and Fog (Alain Resnais, 1955). Night and Fog is the ultimate film about the Holocaust, a subject that’s still puzzlingly, sometimes even creepily, popular more than seven decades after the commencement of Hitler’s Final Solution. It’s also an exemplary documentary, training its eyes steadfastly on the nearly unbearable facts and footage it unearthed just 10 years after the end of WWII. Resnais and screenwriter Jean Cayrol understand the danger of turning the Nazis into inhuman monsters. The real horror of the Holocaust, the poetic voiceover reminds us, is that it forces us to realize that this level of mass-produced barbarism is part of our DNA too, so we have a responsibility to face it head-on and master it. 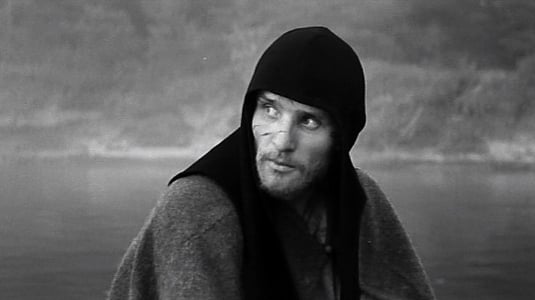 Andrei Rublev (Andrei Tarkovsky, 1966). A great work of art that also serves as a tribute to great art, Andrei Rublev is the impressionistic story of a 15th-century Russian monk who became a renowned icon painter. Little is known about the man himself, so Tarkovsky sidesteps psychological speculation. Instead, he illuminates the time and place Rublev lived in. His seven gorgeously filmed black-and-white chapters focus on the barbaric torturing and killing that was ravaging Russia, often in the name of religion, and on the daily drudgery of making art—and the transcendence it can provide. By the end of this majestic film, as Tarkovsky’s cameraman pans slowly over Rublev’s soulful icons, his film finally abloom in bloody reds and golds, we experience that transcendence as a visceral reality. 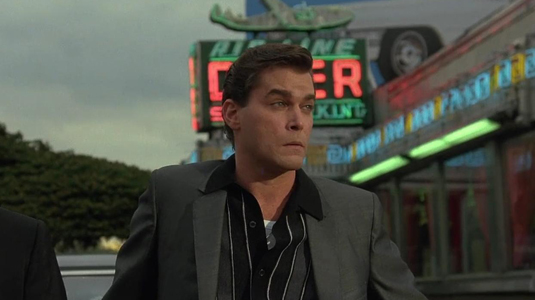 Goodfellas (Martin Scorsese, 1990). Forget all those tragically trapped mobsters in the Godfather movies, Goodfellas seems to be saying; these guys are ruthless, mostly brain-dead brutes. Scorsese was smart to start with Nicholas Pileggi’s true-crime book about a mafia mudblood (Henry Hill was only half-Italian, so he knew he’d never crack the inner circle) turned reluctant rat. But the density of the detail that puts us inside Henry’s world, like the razor the made men use in their cushy prison cell to slice garlic for their “gravy,” is pure genius. So are the restless, increasingly jittery camera and editing and the nerve-shot soundtrack that get us into Henry’s coke-crazed, justifiably paranoid head as his wise-guy pals threaten to turn on him. This is genre filmmaking at its best. 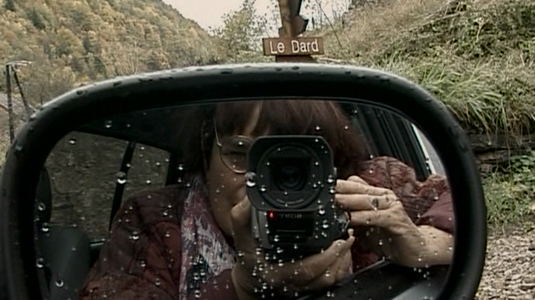 The Gleaners and I (Agnès Varda, 2001). Agnès Varda seems to make up the art of filmmaking as she goes along, simply doing what comes naturally to her. That makes all her films feel fresh and alive, but none more so than this seriously joyful journey of discovery, in which she both discovers an outsider culture and claims her place within it. Using a then-new compact digital camera to travel light and get close to her subjects, Varda pioneers things that have since become standard in video essays, like including herself as a subject and lampooning the tropes she can’t avoid adopting (she brings in a series of lawyers to interpret the law, but makes them look slightly ridiculous as they do it). A tribute to the communality and creativity of the human spirit, The Gleaners and I is as personal as a movie can get, yet it’s the opposite of narcissistic.

Editor’s Note: On the occasion of latest Sight & Sound film poll, which, every decade, queries critics and directors the world over before arriving at a communal Top 10 list, we polled our own writers, who didn’t partake in the project, but have bold, discerning, and provocative lists to share.

If I Had a Sight & Sound Film Ballot