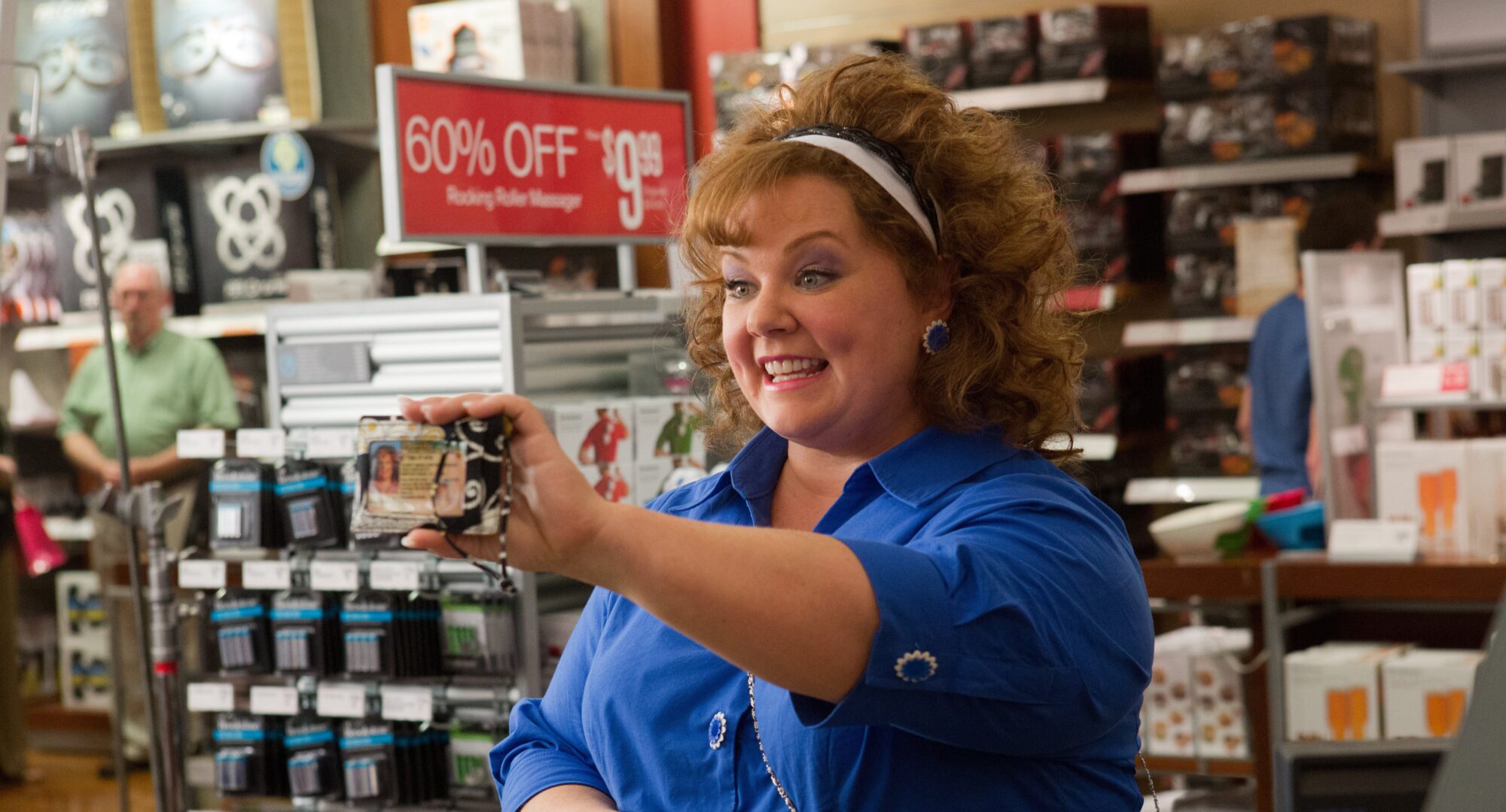 When Melissa McCarthy emerged from 2011 a bona fide breakout star, armed with an Emmy Award and an Oscar nomination, some might have found all the attention a bit hyperbolic—a shower of praise for a gal of the moment whose likability had achieved a certain cachet. But if McCarthy’s new film, Identity Thief, proves anything, it’s that the comedienne’s talent is neither fluke nor fad, and that her shuffle from bit parts to major roles has been richly deserved indeed. As Diana, the titular conwoman in everywoman’s clothing, McCarthy gives a performance leagues better than anything to be expected in a mainstream, early-in-the-year release, padding a typically sketched character with layers of hilarity and pathos. For part of the film, Diana goes by Sandy Bigelow Patterson, the name of the Denver financier (Jason Bateman) whose bank accounts she drains after duping him in a phone scam (“It’s unisex,” the male Sandy says of his name, an admittedly puerile running gag that pokes at his manhood and eventually yields a “tranny” joke). When Diana’s shady activities, from shopping sprees to drug deals, all point back to Sandy, the humble sucker opts to save his job and good, androgynous name by hunting Diana down in Florida. Once prey and predator meet, and a bargained-at road trip back to Colorado ensues, McCarthy owns Identity Thief with a turn of limitless surprise, making an otherwise adequate comedy soar as a star vehicle.

Of course, not everyone will warm to what McCarthy delivers, as the actress continues to straddle the line between the knowing and the offensive in regard to her weight. Written by Craig Mazin, a questionable talent who’s worked his way up from co-scripting Scary Movie installments, Identity Thief calls for a lot of plus-size self-mockery, which, even in McCarthy’s able hands, can read as quite tasteless. Diana’s sexuality, in particular, is as lampooned as it is celebrated, with overeager flirting, showerhead masturbation, and a vulgar sex scene with a portly stranger (played by Modern Family’s Eric Stonestreet) all duly exploited. And yet, whether she’s seen as an on-screen heroine for, or parody of, curvier female viewers, McCarthy is way ahead of every one of this film’s turnoffs, expertly navigating its sitcom-ish emotional terrain (each poignant bit is quickly clipped by a wisecrack), and utilizing its delusional irony for Diana’s characterization. Naturally, there’s a lot of pain and loneliness behind the serial swindler’s façade, complete with parental abandonment and, wouldn’t ya know it, a lack of knowledge of actual identity. McCarthy is riveting in simply penned moments of remorse and confession, adding tearful depth to her ace timing and formidable physical comedy. And in a restaurant scene that sees Diana fool a waitress into thinking Sandy is a husband who forces her to stress-eat, McCarthy makes mincemeat of the material, clobbering fat-girl punchlines with heavyweight acting.

Elsewhere, Identity Thief proves true to form for director Seth Gordon, who, from The King of Kong: A Fistful of Quarters to Horrible Bosses, has surely declared his interests in sticking up for the little guy and sticking it to the man. A subplot of this film, which already reaches for the timeliness of financial paranoia, involves yet more vengeance against asshole employers, an act for which Bateman, a Horrible Bosses alum, seems to be Gordon’s nebbish point man. The themes, unfortunately, are far too thin for necessary impact, and Gordon will need to work harder if he hopes to succeed Mike Judge as the office drone’s comic maestro. As is, his goals of provocation are too focused on the offensive, like race jokes whose inelegance can’t be masked by the allure of political incorrectness. But Gordon does make the most of some fast and funny highway chases, and his camera is hyper-keen to kooky production-design detail, like the many odd self-portraits Diana keeps in her stockpiled hideout of a home. Most importantly, the director clearly saw what he had in his leading lady, knowing not just where to point the spotlight, but when to relinquish the reins.

Review: A Rubberband Is An Unlikely Instrument