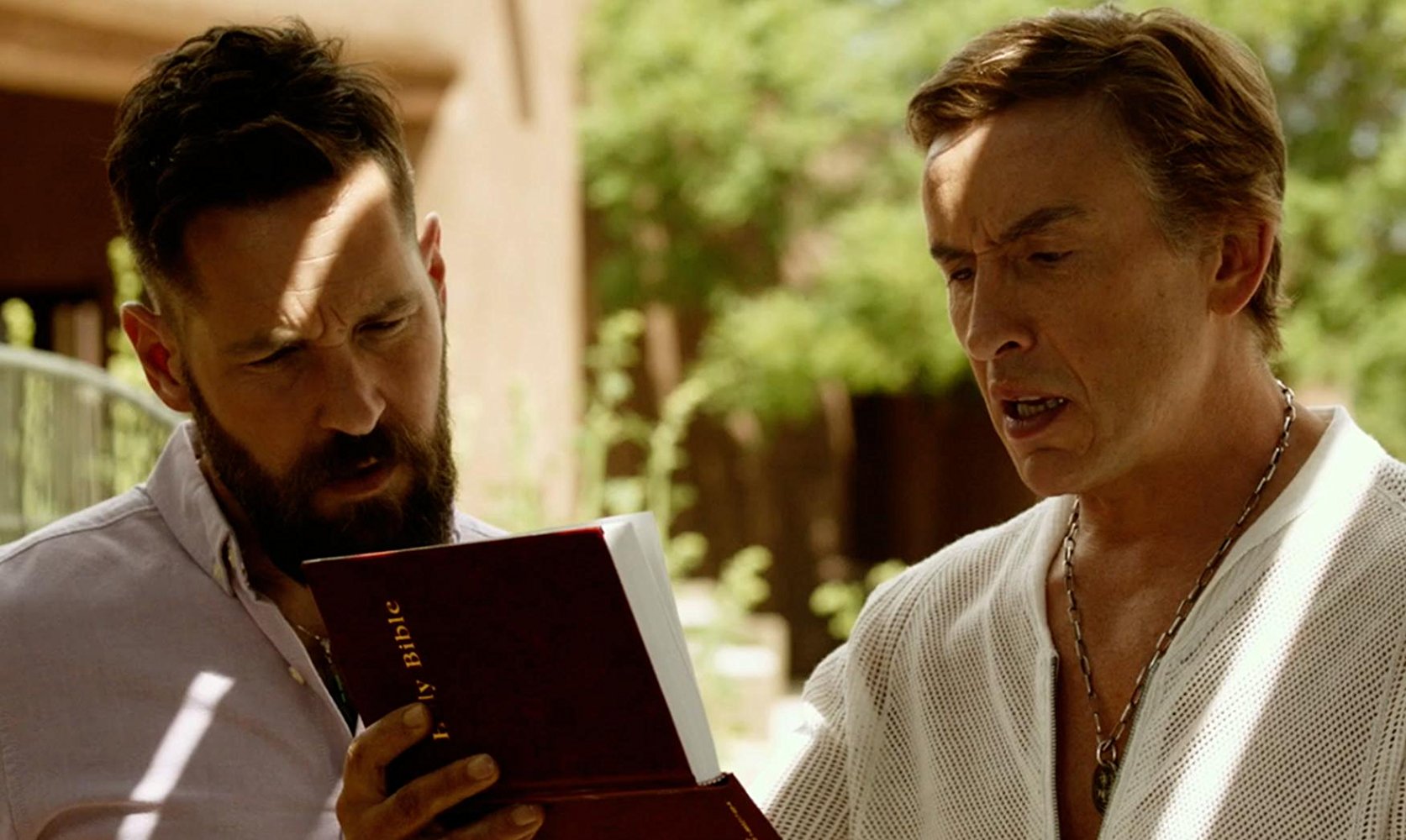 Writer-director Andrew Fleming’s Ideal Home depicts the decadent lifestyle of Erasmus (Steve Coogan), the pompous host of a basic cable cooking show, and Paul (Paul Rudd), his producer and life partner. Their relationship is defined by incessant bickering, with temporary truces called only when they’re entertaining at their Santa Fe ranch, or when their inherent horniness for each other gets the better of them. Into this somewhat dysfunctional picture steps Erasmus’s estranged grandson, Angel (Jack Gore), whom the pair are unexpectedly tasked with raising after the youngster’s deadbeat dad, Beau (Jake McDorman), winds up in jail. Inevitably, their self-indulgent existence proves wildly incompatible with parenthood. The situation is rendered all the more difficult by their new ward’s reluctance to speak, and his initial revulsion at the idea of being raised by two men.

Inspired by Fleming’s own experience of raising a child with a long-term male partner, the film was clearly conceived as a celebration of queer parenthood, as evinced by joltingly earnest scenes involving Erasmus or Paul becoming quietly misty-eyed after a breakthrough with Angel. Admirably, Ideal Home is unapologetic in its portrayal of sexuality: Unlike Love, Simon and Alex Strangelove, both of which offer curiously chaste depictions of gay desire, Fleming’s film has no interest in placating prudish straight audiences.

But any goodwill Fleming builds is undercut by his frustrating willingness to sacrifice coherent character development, even the vaguest sense of plausibility, for the sake of a cheap and often undeveloped gag. One particularly risibile exchange asks us to buy into the notion that Erasmus has mistaken the word “felting,” in the context of an elementary school art display, for “felching.” Other moments, for example, make light of domestic violence, mental illness, and Angel’s deprived upbringing—and in a manner that feels bizarrely at odds with the film’s underlying plea for tolerance.

Toward the end of the film, Paul assures Erasmus: “If you were dying, I would cut the heart out of my chest for you.” But the declaration feels absurd coming from a character who, up to this point, has offered no glimpse of anything redeemable in him. Erasmus and Paul’s sex life appears to be the only healthy facet of their relationship, but the leads fail to convince as a couple, with Coogan’s performance akin to Alan Partridge doing a mocking impersonation of an aging queen, and Rudd looking like the reluctant recipient of a Queer Eye makeover. Such broad strokes make Ideal Home’s occasional lurches into sentimentality seem especially jarring, and bring an odd flippancy to what’s intended to be a sincere ode to LGBTQ families.

Review: Ant-Man and the Wasp