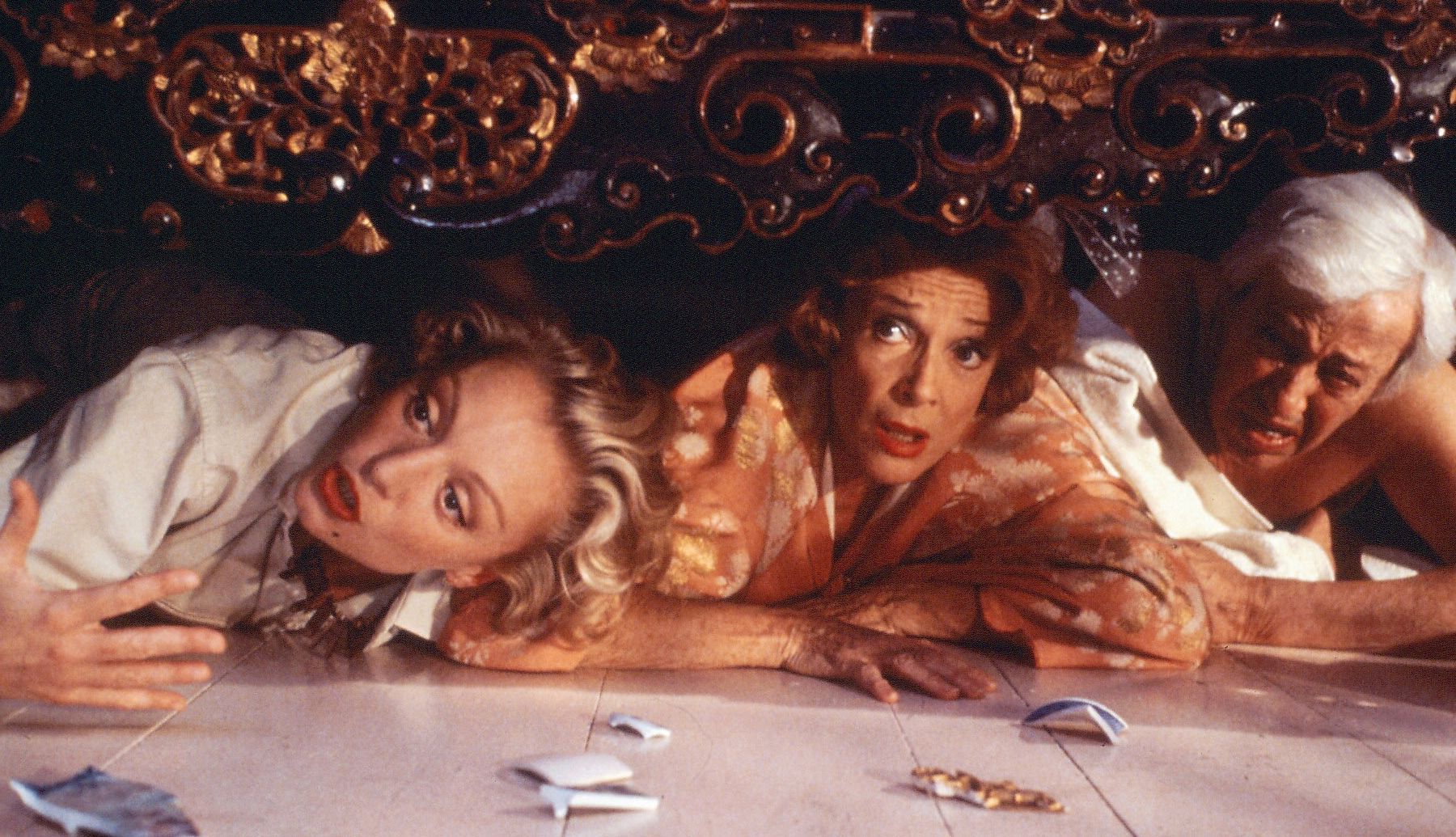 Alain Resnais’s I Want to Go Home has a splenetic oddball quality that’s at odds with the evanescent tendencies of its maker’s later films. In an antic mood, the veteran filmmaker decides that a cartoonist’s mind is no less tumultuous than a poet’s, and gets acerbic comic-strip doyen Jules Feiffer and the weirdest cast available to weave a satirical view of Franco-American culture clash. Cleveland cartoonist Joey Wellman (famed MGM musical writer Adolph Green) travels reluctantly for an exhibition of his work in Paris, where his estranged, resentful daughter Elsie (Laura Benson) is trying to purge her American roots by studying Flaubert under the renowned scholar Christian Gauthier (Gérard Depardieu, struggling valiantly with his phonetic English). The cranky protagonist’s creations, Hep Cat and Sally Cat, pop up in animated thought balloons to comment on the action; meanwhile, the live-action cartoons include Linda Lavin as Green’s shrugging companion, Micheline Presle as Depardieu’s randy mom, and John Ashton as a Gallic vision of Yankee crudeness, all brought together for a costume party that’s meant as a Looney Tunes version of The Rules of the Game. Resnais’s compositions are deliberately cramped to suggest panels in a comic strip, but where the same approach created a sustained feeling of strangeness in Robert Altman’s underrated Popeye (also written by Feiffer), here it mostly feels tiresomely garrulous. A truly strange brew perpetually inviting disaster yet somehow always eluding the abyss, I Want to Go Home is an inexplicable item but an affable one, the work of a buoyantly tranquil artist amusing himself with a doodle.