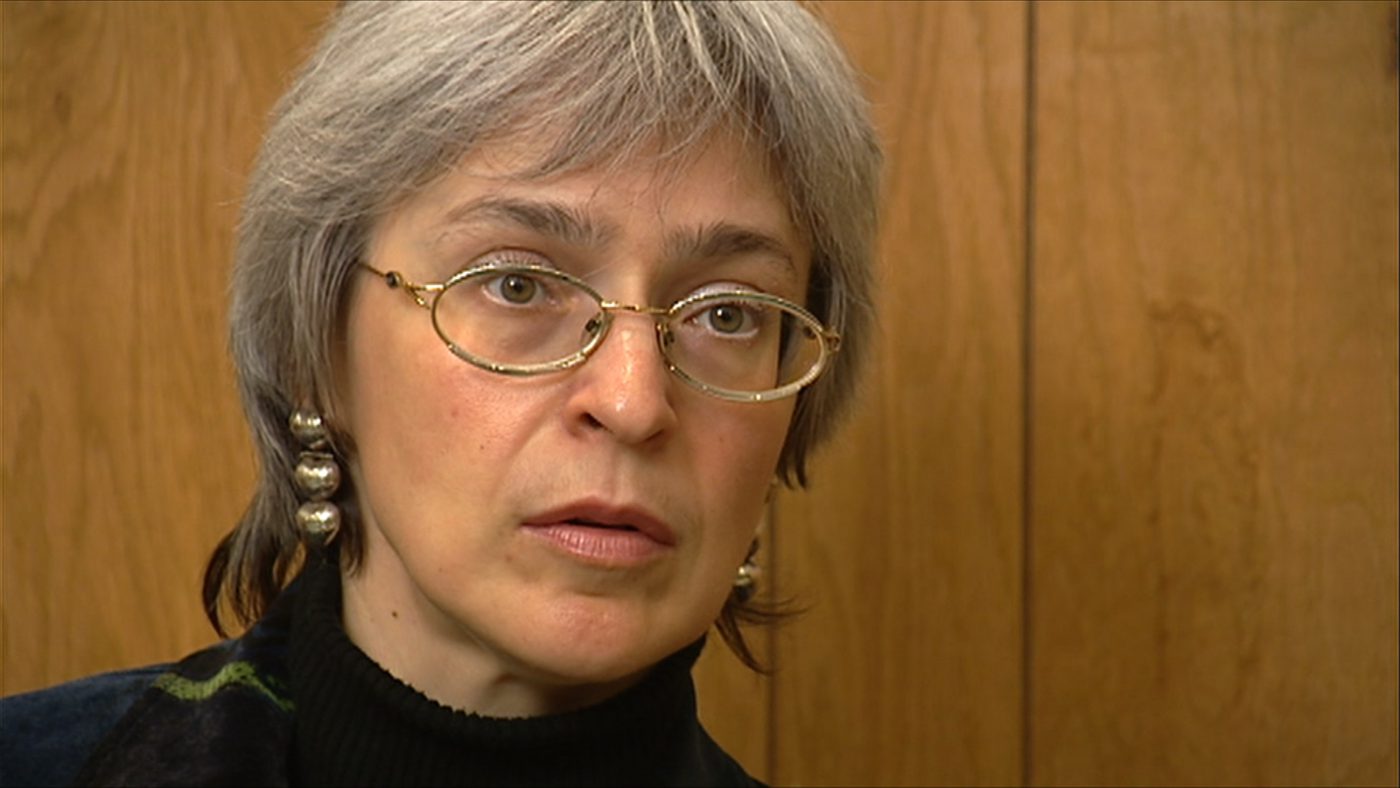 The greatest strength of Letter to Anna—a no-nonsense, straightforward approach that heralds hard facts and concrete documentation over polished style and structured pacing—is also its greatest limitation. Like No End in Sight’s all-encompassing deconstruction of Bush’s Iraq war, Eric Bergkraut’s film forgoes cinematic artistry in favor of pure information, a decision that renders the cumulative effect somewhat bipolar in its efforts to straddle separate mediums but a worthy sacrifice if the potential result is greater awareness of its chosen subject matter. Russian journalist Anna Politkovskaïa was among Vladimir Putin’s most vocal dissenters, an accomplished journalist who sought out the stories in most dire need of telling regardless of the dangerous baggage that accompanied her efforts. Though loved and respected by many, her singular dedication to human rights (regardless of the political particulars at hand) made her a loner in constant danger of violence, whether it be on her many trips to the war-torn ghettos of Chechnya or on her way home from a trip to the local grocer. Her role as a martyr was solidified when a government assassin gunned her down on her own steps on October 7th, 2006, and the understandably awestruck Letter to Anna suggests that such tragedy only further empowers her life’s work, a point emphasized not only by the opening scenes of crowds mourning her death but by the decision to interweave footage of a very lively and passionate Anna with that of friends and family speaking after her death. Assembled from stock footage, historical recordings and news broadcasts, and narrated by Susan Sarandon, Letter to Anna proves far more invigorating in content than form, though the use of quotidian imagery—such as a shadowy cemetery used as a backdrop against a voiceover discussion on genocide and justice—gives it a much-needed occasional stab of poetic poignancy.

5 for the Day: Lew Ayres