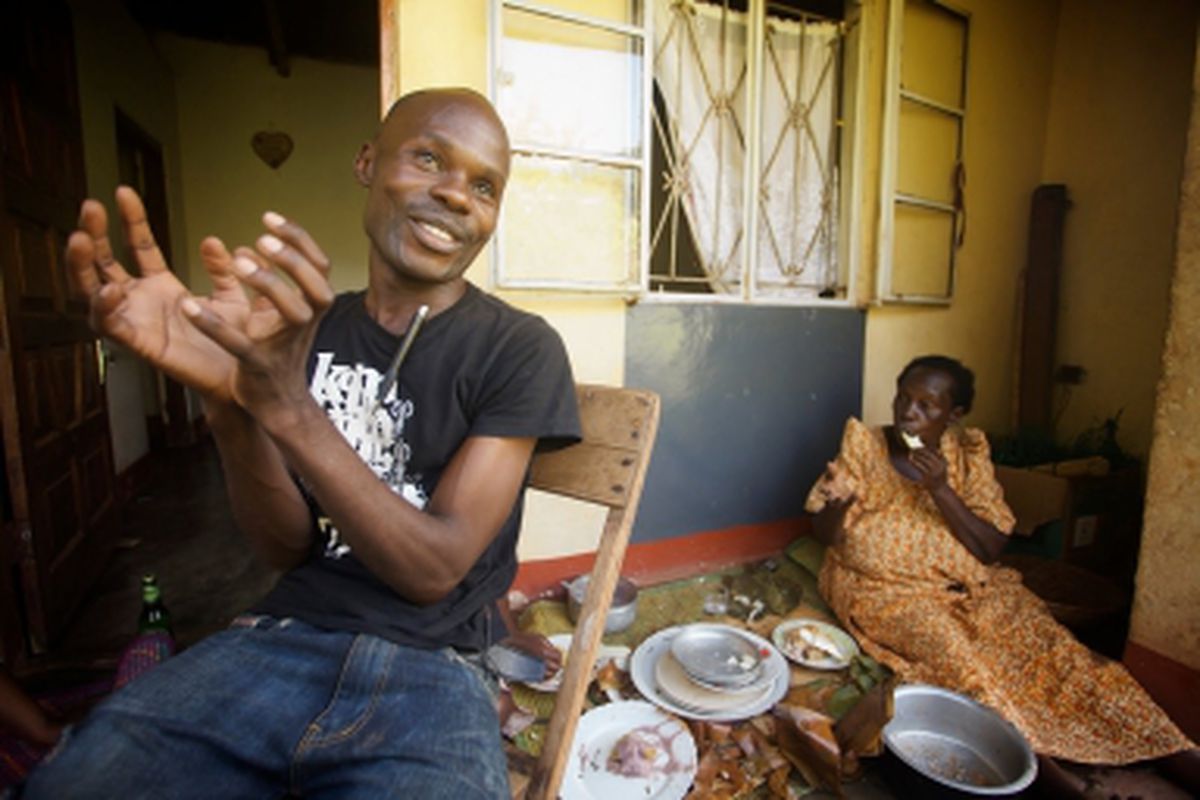 Imagine being a gay person in modern-day Uganda: Nearly 95% of the population despises your lifestyle, the government supports an extreme Anti-Homosexuality Bill that threatens life imprisonment (and worse), and a local gossip rag named Rolling Stone has initiated a slanderous witch hunt against you by publishing pictures and home addresses in order to incite anti-gay violence. These are just some of the major obstacles facing human rights activist David Kato, the first openly gay man in Uganda and the heart of Call Me Kuchu, an essential documentary by filmmakers Katherine Fairfax Wright and Malika Zouhali-Worrall about the persecution of homosexuals in the impoverished African nation.

While Kato’s dynamic experience haunts much of Call Me Kuchu, his is just one of the many perspectives put forth by the filmmakers. In one way or another, the stories of Naome Ruzindana, Stosh Mugisha, John “Longjones” Abdallah Wambere are all core pieces to this mosaic of national pride and camaraderie in the face of militant persecution. The film’s multiple protagonists rally together to stave off attacks by religious leaders and sensationalist newspaper editors, finding solace and strength in the simple act of responsive conversation. Their home becomes ground zero for gay rights in Africa, and in this sense, Call Me Kuchu is essentially about connecting suffering souls who’ve long been divided by circumstance and social codes, linking their painful memories (like when Mugisha remembers being forcibly raped by a family friend) in order to construct a unified front of togetherness.

Despite the daily threat of violence (Longjones is forced to move houses out of fear of retaliation), Wright and Zouhali-Worrall are careful to avoid glorifying their subjects’ plight and turning Call Me Kuchu into just another 90-minute PSA. The carefully paced soundtrack, resonating with different instruments and musical genres as diverse as Uganda itself, mirrors the characters impassioned words about the necessity of change and social fluidity. One stunning transition finds the score fluttered with chimes before Longjones muses about identity and repression: “You can hide, but you can never hide forever.” So it goes that music and artistic expression (like the drag show performed by the characters) provide the necessary aesthetic template to consider the kuchus (queers to Ugandans) as both a community and series of distinct individuals. This motif evolves even further during the film’s devastating final act, in which a collective rendition of “Rivers of Babylon” takes on an altogether transcendent meaning of sacrifice.

Call Me Kuchu goes to great lengths to preserve an order of balance, interviewing both sides of this hot-button issue including right-wing Christian priests and the managing editor of Rolling Stone, Gilles Muhame. Instead of labeling Muhame a bigot, which they could have easily done, the filmmakers let the man’s own hateful words speak freely, indicting his decision to persecute gays via the press by showing the consequences of the paper’s actions. One particularly harrowing moment comes when Mugisha finds out Rolling Stone has published a picture of her at a gay bar, thus destroying her ability to walk safely in public. Looking out the window from her cramped bedroom, she tells the camera, “It’s one thing being outed, it’s another being denied.” Call Me Kuchu contextualizes her very personal struggle and its other subjects into a substantial and scathing argument against national hate, and for that it’s an indispensable step in the right direction.