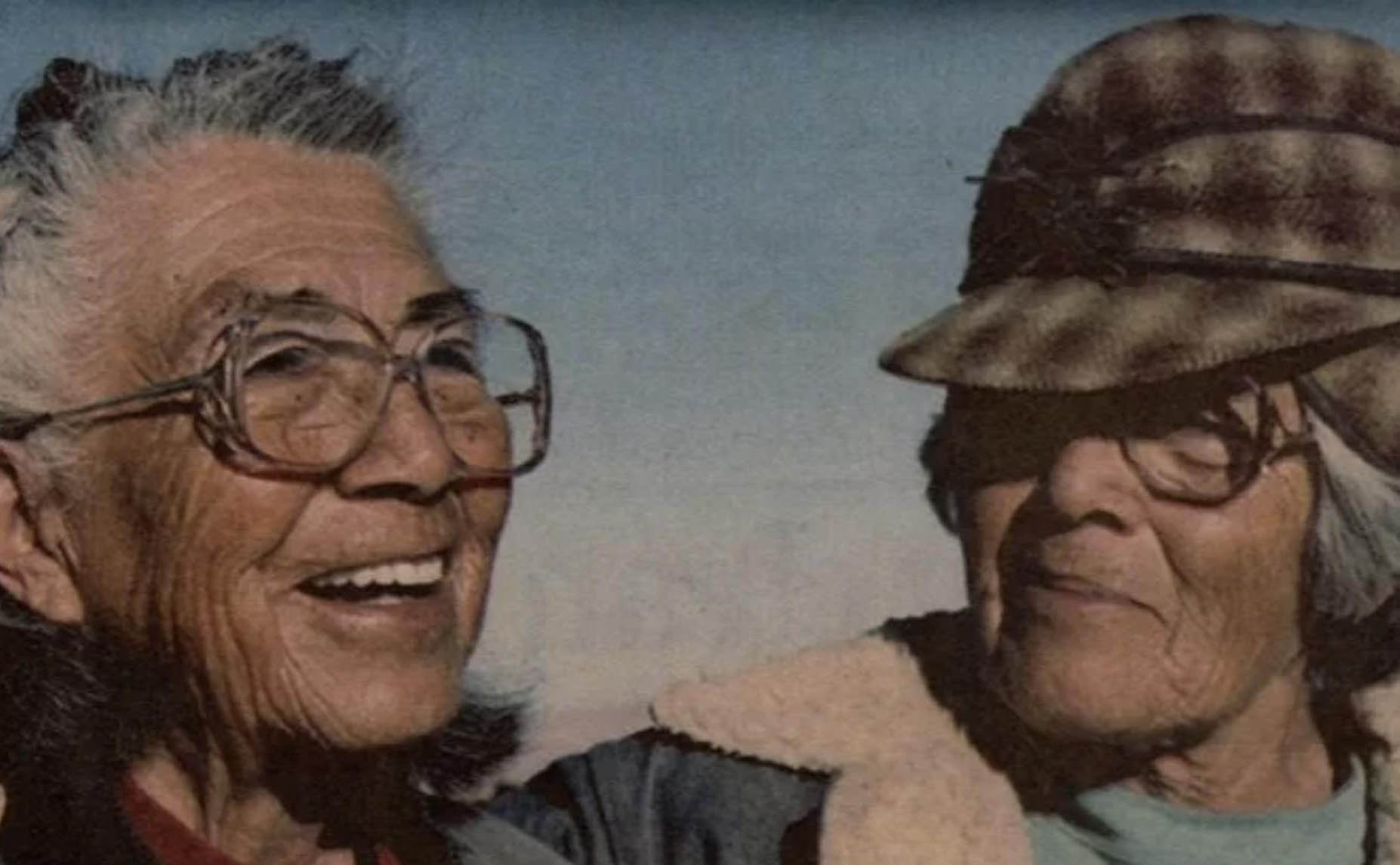 That discrimination and land theft are still brazenly practiced by the U.S. government against Native Americans is the cri de coeur of Beth and George Gage’s American Outrage, documenting the legal battle between Washington and a pair of octogenarian ranching sisters, Carrie and Mary Dann, members of the Western Shoshone community of central and eastern Nevada. Sued by Uncle Sam in 1974 for “trespassing” when grazing their livestock on the open range, the Danns in the ensuing three decades have taken their fight—bolstered by a Civil War treaty that recognized the land as the Shoshone’s—to the Supreme Court and the United Nations. (A federal ruling in the early 1960s maintained that “gradual encroachment” of modernity upon the area had nullified the old pact; that mining soon transformed the land into the world’s second-largest gold producing region may be the more relevant wave of ravenous encroachment.)

The sisters’ rhetoric about their sacred bond with the forbidding, rocky homeland is familiar, but confrontations with their oppressors are infused with the anger and pain of the disempowered. “You’re hurting me, goddamn it!” Carrie Dann growls at a lawman, shaking off his grasp on her wrist and climbing into a pen to prevent the seizing of her livestock. While the filmmakers’ hard pro-Shoshone stance doesn’t leave the viewer the option of seriously evaluating the Bureau of Land Management’s claim that the Danns have overgrazed and degraded the range land (especially when the desert terrain appears to leave little room for “degradation”), the bullying of two struggling old women by bureaucrats and men with guns leaves a foul, imperial impression. The sisters’ story, despite the anthemic folk-tune trimmings, has the heft of a quest for dignity and self-preservation.

Bearing witness to an even grimmer displacement is the short Rightful Place, in which members of the minority Endorois in Kenya describe their eviction from their native homes so the government could create a lakeside game preserve for tourists. Exiled to an arid district where their livestock starve and women spend hours at one dribbling stream to collect jarfuls of water, the Endorois recount past imprisonment and contemporary injustices; “We have no government,” one woman sighs, because they lack a leader of sufficient stature and education to oppose the Kenyan regime effectively. Directors Hakima Abbas and Yobo Rutin let the interviewees’ words concisely make a plea for the pending reparations case currently before an African human rights commission.