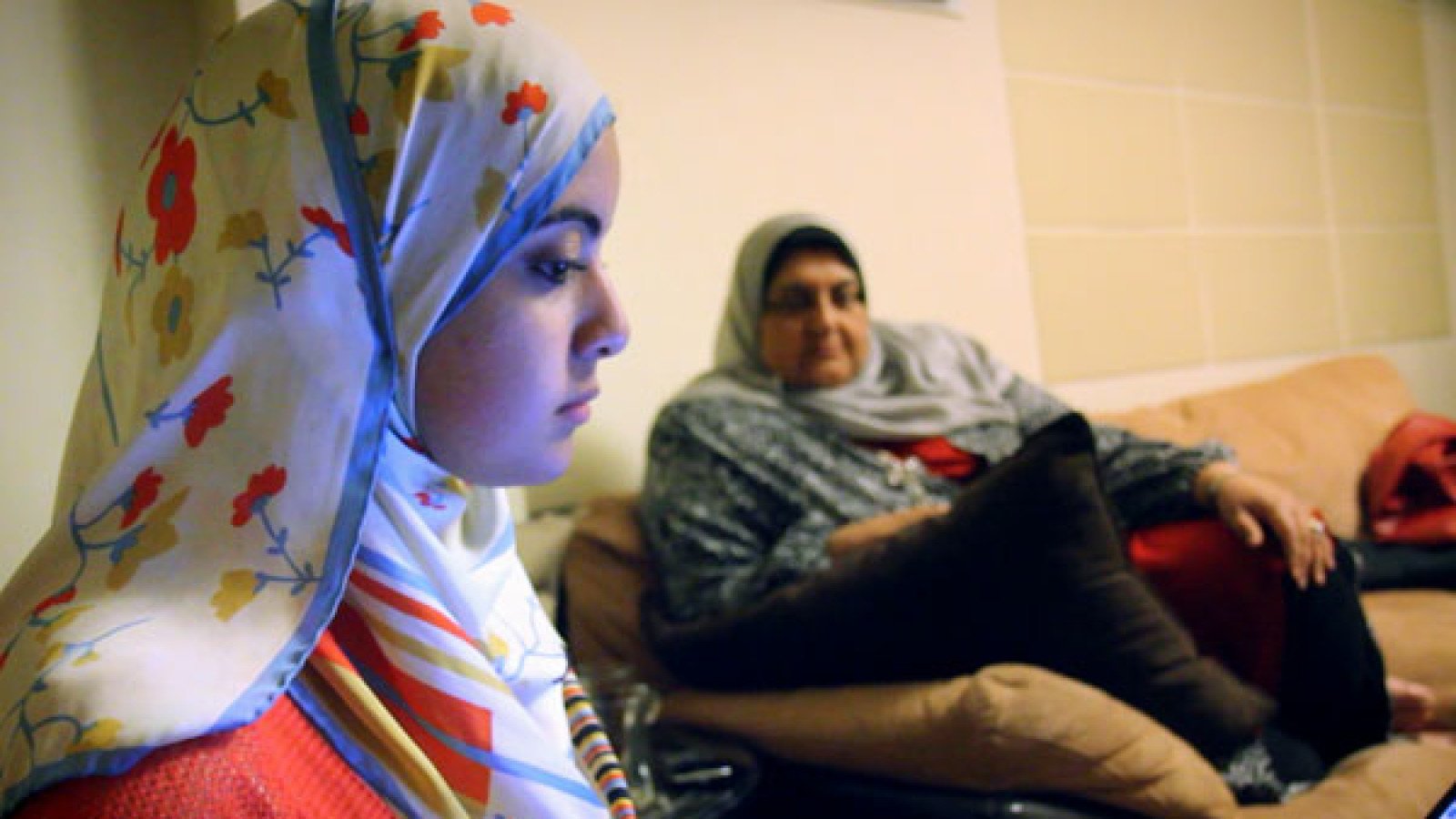 One of the most stirring moments in Words of Witness, a new documentary by Mai Iskander, is the storming of the State Security headquarters in Cairo. After the start of the revolution on January 25, 2011, many protesters were imprisoned, some rounded up in Tahir Square. Now three weeks after Mubarak’s ouster, the crowds storm the infamous bastille to see if there may still be prisoners left inside. As they force their entry, chaos spreads through the spooky hallways. This could very well be the Stasi, so generic these corridors of officialdom seem, with fluorescent lights and linoleum tiles. The camera shakes frantically. Unsure where to look, the men rip floor tiles, in search for secret passageways. What they find instead are black bags filled with secret files. In them, thousands of lives are documented, as they were spied on, interrupted, tortured, tragically cut short. To see this ocean of evidence, as the men plow through it in search of familiar names, is breathtaking.

Iskander’s film couldn’t come at a better time. It registers some of the now familiar images: the crowds chanting in Tahir Square, the escalating violence, and the growing tensions as military tanks occupy the streets. But its central theme may very well serve as a correction for premature cheering: Told through the eyes of Cairene journalist Heba Afify, who works for the English edition of the newspaper Al-Masry Al-Youm, it tracks the stories of the disappeared—not by Mubarak, who is estimated to have killed and tortured over 30,000, but those who went missing during the 18-day revolution, as Egypt’s democracy was being born. Heba’s efforts show that the military, hailed as the people’s liberators but clearly with their own claims to power, continued to kidnap, to hold without proper trial, and to torture.

Iskander, who is half Czech, half Egyptian, displays a natural ability to take on the complexities of a historic moment, while keeping an eye on the story. Her fluid narrative never feels gratuitously expository. Much of her film’s success lies in her having found a central character that embodies so many confluences: As a young truth-seeker, an idealist, and female, Heba is very much a heroine for the 21st century. Ignoring her mother’s pleas that a girl from a good family should stay at home, she records protests, sporting a D&G watch and funky, colorful headscarves. She’s an avid consumer of social media. And what better place to start convincing people that torture does go on than on Facebook?

Having a single character as a prism for the “growing Egyptian consciousness,” as Heba puts it, poses some challenges. At times, it’s hard to tell how representative the educated, flawlessly English-speaking Heba is of her society, or what challenges face young Egyptian women. There’s no discussion of headscarves (which are almost de rigueur in Cairo’s streets, even though most female journalists in Heba’s office don’t wear them), or what roles women might play in Egyptian politics, where, as Peter Hessler recently pointed out in The New Yorker, leadership is essentially male. The domestic scenes, in which Heba’s sister stands in for Egyptian housewives happy to leave politics to men, fail to complicate the picture. This isn’t so much a limitation of the film itself, as of the nascent democracy, in which a myriad of disparate issues seems for now to be folded into a few looming questions: Will the spirit of unity hold? (The conflicts between Muslims and Christians that Heba investigates already show it fraying.) Will Egypt’s democracy, regardless of which constitutional model it’s styled after, be carried out to the end? “The job half-finished” is Heba’s worst-case scenario, suggesting both cautious optimism, and a nagging worry.