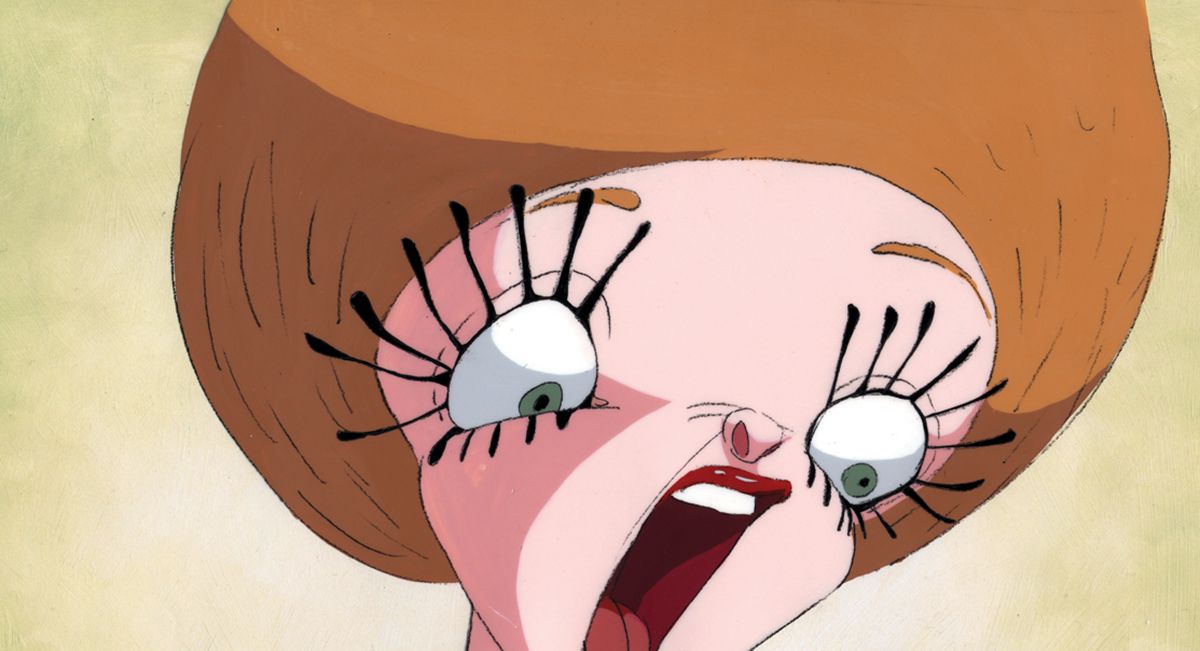 Bill Plympton may fly under the flag of sick and twisted animation, which is why the classification of his latest, Hair High, as a retro ‘50s teen romance would seem grossly inappropriate. On the contrary, Plympton’s commitment to the old-fashioned tale, whether it be through the diner framing device or the soundtrack provided by his longtime scoring associate Maureen McElheron, feels more than genuine and strangely at home in this otherwise gothic and grotesque tale. The film brings new kid Spud (Eric Gilliland) into the realm of Hair High, where he starts out his life on the bottom of the food chain after insulting the honor of the school’s golden couple, Rod (Dermot Mulroney) and Cherri (Sarah Silverman, whose squeal isn’t this at home even in her stand-up). As the couple seems to have a remarkable grip on the school, they’re more than able to make life a living hell for Spud, turning the affable loser into their personal whipping boy, but as all such stories go, bitter distaste eventually takes several twisted paths. Though the quality of the animation in and of itself is solid, it’s the freedom of animation that allows Plympton to magnify the gravity of each situation that makes the film come to life. Apart from the obviously extravagant hair, the little tics of each character offer a surprising depth that amplifies the backdrop of the ‘50s even more. Plympton’s world of fantasy is right on target with that of fellow shock animator Don Hertzfeldt (who offers a voice cameo), though it more often than not becomes shock for shock’s sake and begins to distract from the narrative. Juvenile humor (“You’ve got to admit, that cock’s full of spunk”) can work fantastically in one’s favor, but the taste meter on Hair High gets turned off somewhere around the halfway mark, only to be reset for a very satisfying, ghoulish finale.

Laying It on Thick: Clint Eastwood’s Flags of Our Fathers

State of Nature: The Moralistic Nihilism of Robert Aldrich’s Kiss Me Deadly