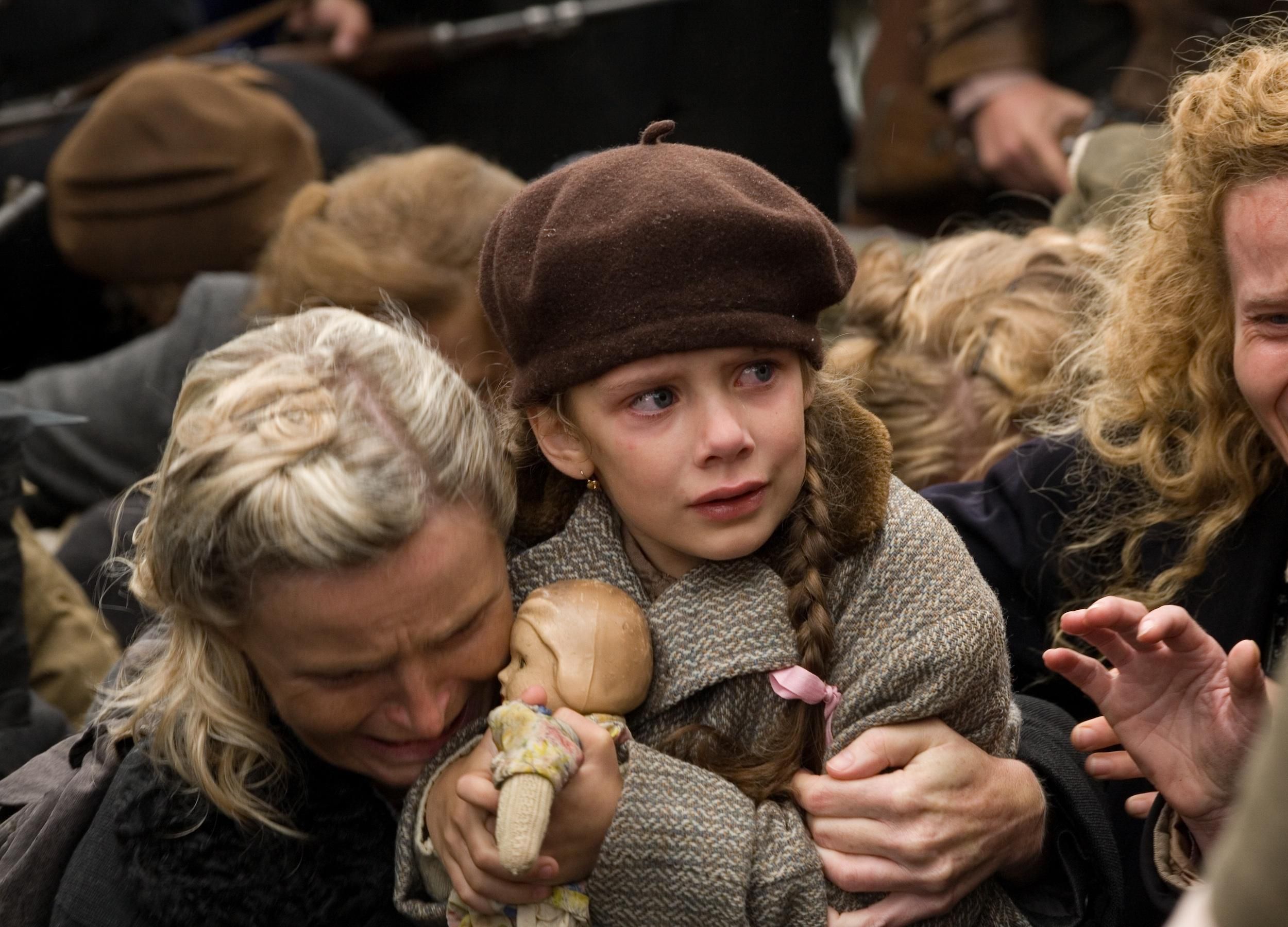 Juraj Herz’s Habermann opens with the kind of high-toned suffering that seems endemic to middling WWII movies, gritting their teeth to approach the subject with sufficient gravity. Families are torn apart, women are tossed around, mud is splattered everywhere, all within a drearily shot scene that wilts under an onslaught of weepy strings. Mercifully, the film doesn’t use this overwrought moment as a starting point. Instead it positions it as a climax to build toward, a distinction which, while not completely changing its impact, at least leaves room for explanation and shading, details which give it a little more heft the second time around.

This introduction, which chronicles the post-war Czech backlash against German occupiers, stands out by assuming the viewpoint of the supposed oppressors, whose mistreatment doesn’t exactly stand high on the list of the war’s injustices. The distinction is that they are Sudeten Germans, who until the 1938 annexation of the Czech province lived as immigrants outside their country, in some cases for hundreds of years. Chief among these is August Habermann, a principled mill owner whose steadfast morality acts as a countermand to the violence perpetrated across this ultimately dark film.

The story properly begins in 1937, with Habermann (Mark Waschke) marrying town beauty Jana (Hannah Herzsprung), a Czech orphan who, unbeknownst to Habermann and herself, had a Jewish father. This turns into a dark secret once the Germans occupy the area and begin hassling Habermann for his Czech-friendly policies. Unlike their strong-willed boss, most of his workers scramble to survive any way they know how, whether that be hiding guns in the forest or toadying up to the town’s new Nazi commandant.

The swath of unfamiliar history that needs to be covered requires a lot of exposition stuffed into characters mouths, as well as shorthand corner-cutting, which means that across eight years nearly every moment we see is a significant one, either heralding dark news or celebrating some important milestone. The result is a portrait of a town that never feels completely real, devoid of normality or everyday activity, a depiction which undercuts the eventual emotional escalation. This pushes Habermann into morality-play territory, a structure which the film complies with, giving us the stock figures of the overeager Hitler Youth, the weasely traitor, the shrewd double-dealer, and so forth.

Yet by its third act, Habermann has become a grim opposite to inspirational pap like Schindler’s List. While films like Spielberg’s end up cheapening the war’s unimaginable tragedy by trying to trap it within a standard inspirational arc, Habermann is less with concerned ideas of redemption or salvation. The majority of these characters are concerned solely with themselves, desperate opportunists for whom other people are barriers or distractions. In this context the resolutely moral Habermann comes off as nearly saint-like, but his ethical purity achieves absolutely nothing, a stand that leaves him stranded on the ash heap of history.

Habermann may not be a pragmatic classic of the Army of Shadows mold, but it falls within the upper-mid bracket of WWII movies because it doesn’t attempt to understand or define the tragedy it approaches. Its storytelling is often clunky, rushed, and sappy, but it’s never overreaching or didactic, a sense of scope that allows its ultimately small tragedies to stand on their own.