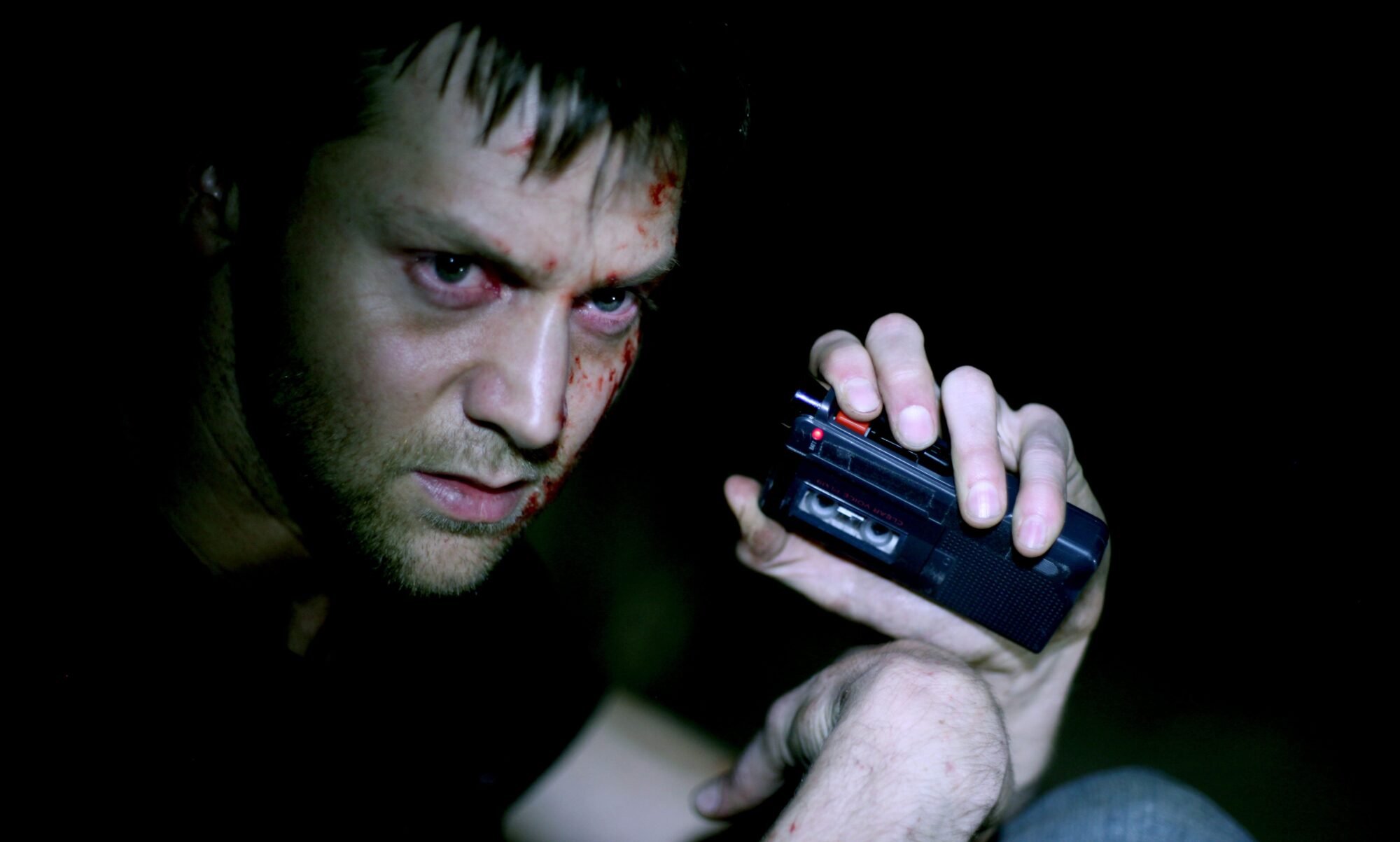 Twelve long years after The Blair Witch Project pushed the first-person-POV subgenre to horror’s forefront, and four years after [Rec] expertly refined the formula, Grave Encounters can’t even pretend to be anything other than hopelessly derivative. Directed by the Vicious Brothers, this latest knockoff purports to be found footage shot by the cast and crew of a Ghost Hunters-style reality-TV program as they searched for spooks in a supposedly haunted Maryland psychiatric hospital. Led by Lance Preston (Sean Rogerson), the group can barely refrain from mocking the idea of the supernatural during daytime filming, joking around and goofing off as they tour the enormous building’s various scary spots with a janitor (Bob Rathie), as well as while bribing a gardener to lie about ghostly encounters on camera. In this regard, the Vicious Brothers’ debut recalls The Last Exorcism, with which it shares a fondness for having smug phonies rush smack-dab into actual horrors as a means of punishing them for their arrogant skepticism. It’s a transparently “ironic” setup, one that first dully panders to its audience’s general doubts about the otherworldly, and yet eventually allows them to revel, with judgmental detachment, in the dim-witted characters’ ghoulish suffering (“Oh, what fools these disbelievers were!”).

Grave Encounters’s callous disregard for its own protagonists, whom it castigates for insufficient fear of the unknown, causes the film to flounder in its attempts to engender any rooting interest in their ultimate survival. Consequently, the burden of producing fear falls on the Vicious Brothers’ use of limited-perspective cinematography (often in black and white, lit shakily, and accompanied by time stamps), as well as abrupt unholy noises and fleetingly glimpsed shapes, a plan of attack undermined by the familiarity of these eerie devices. Just as the film’s ridicule of its primary players makes empathy impossible, so too does the stock nature of its frights—initially as harmless as a door suddenly closing behind a cameraman, and later escalating to include abductions, words mysteriously carved in flesh, and giant-mouthed specters in hospital garb—render the proceedings predictable.

Grave Encounters spoofs reality television as fake, but fails to realize that its own sole avenue for originality was to go the extra step and parody parodies like itself. Instead, however, it proves content to merely mimic rather than reinvent or subvert. As such, like the experiences of its last remaining characters, who ultimately find themselves incapable of exiting the maze-like facility, enduring Grave Encounters is akin to being trapped in a continual loop of horror-movie tropes.