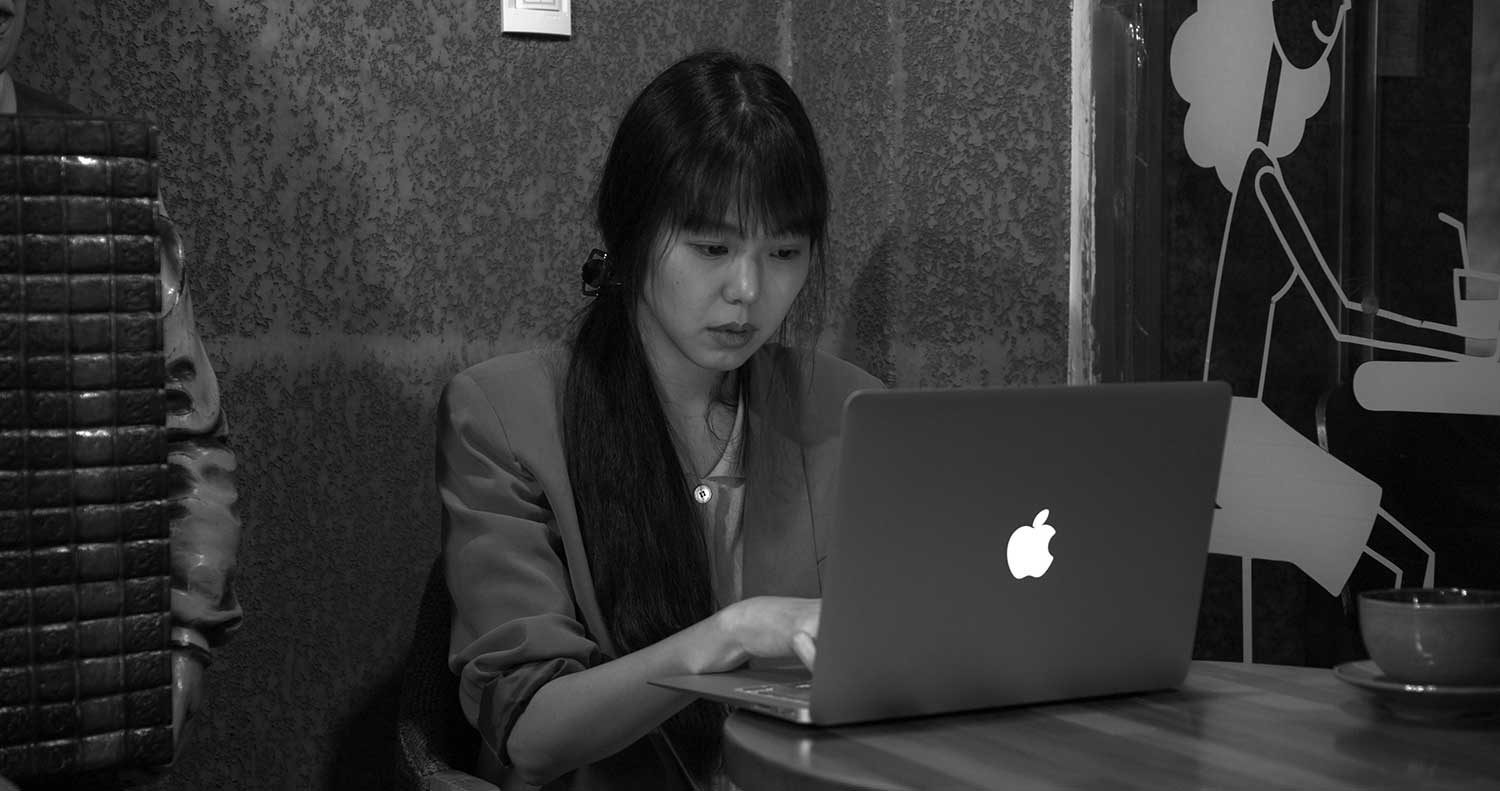 Hong Sang-soo’s obsessive use of certain motifs and narrative threads, over and over across dozens of films over a short period of time, is cumulatively fostering a filmography that resembles a giant temporal loop. And that loop gives Hong’s films an uncanny quality that’s not so far removed from David Lynch’s films. In the work of each auteur, characters appear to be stuck in alternate dimensions or anxiety dreams in which they replay a prescribed series of futile quests to satiate primal hungers.

The film doesn’t quite concern the usual Hong narrative, in which one of the filmmaker’s on-screen surrogates disastrously courts several beautiful younger women while getting annihilated on formidable amounts of soju. Instead, Grass is composed of several fragments in which multiple groups of characters expound on overlapping stories of grief, bitterness, and lust. Primarily set in an appealingly quaint café that plays nonstop classical music, the film wanders from one human duet to the next, with an occasional trio or quartet, as Areum (Kim Min-hee) listens in from the corner of the room, typing away on her laptop.

The viewer may initially assume that these café interludes are Areum’s fantasies—manifestations of the prose she’s typing, though they’re something trickier and more resonant. We’re allowed to see that Areum, perhaps like Hong, is stuck in an empathetic holding pattern, viewing people only through the scrim of her insecurities. Tellingly, an aspiring male writer voices this exact concern within ear shot of Areum, saying that he can’t escape his own obsessions. In the tradition of many of Hong’s male characters, this writer subsequently uses this confession as a pretense for hitting on a woman.

A sequence halfway through Grass allows Areum to shift from a passenger of the narrative to active protagonist, providing an emotional key to the film’s mysteries. She takes a break from eavesdropping on people’s conversations to lunch with her brother, Jinho (Shin Seo-kho), and his fiancée, Yeonju (Ahn Sun-Young), only to grill them about the wisdom of their pairing. Areum insists the lovers don’t know one another well enough to marry, while Jinho reasonably counters that no one really knows someone until they’re in the thick of partnership. Areum’s grievances are typical of certain people who’ve remained single long past a conventional age of marriage, and this disappointment and uncertainty burn within her like an ember, divorcing her from the film’s central dramas, which comment on her own alienation. For once, Kim isn’t only Hong’s object of longing, she’s also his true surrogate, and this unexpected communion between director and star imbues Grass with poignancy and even hopefulness.

Hong is evincing, off screen, the creative evolution that dwarfs his characters. Grass has a thorniness that starkly resists the cutesy self-pity that can sometimes seep into his work. Not long after Areum’s disastrous lunch, Hong springs a startling visual metaphor: Another writer (Kim Sae-byuk) descends a flight of stairs on the way to the café, only to ascend and descend them again in repetition, enveloping herself in a miniature temporal loop that reflects the governing loops of the film and of Hong’s work writ large. These characters can’t escape the café or Hong’s narrative or their preoccupations with death, booze, and sex.

Confrontations take up much of Grass’s slim running time, and Hong has pared them down into terse gestures of rage and passive aggression, which are complemented by the stark black-and-white cinematography and by the filmmaker’s customary use of two- and three-shots. None of these vignettes has resolution or clarity, as vagueness is the source of Hong’s preoccupation. Suicide haunts several of the conversations, as does infidelity and alcoholism, which are all referenced with a richly suggestive illusiveness that recalls Ernest Hemingway’s short stories. One sequence is among the finest of Hong’s career, when a man, seen mostly in reflection and shadow, mercilessly presses a woman about her role in a professor’s suicide. They volley the same accusations and defenses at one another, achieving no catharsis, and one understands that it’s this musical repetition—this sense of having no exit—that’s truly indicative of suffering. With Grass, Hong has taken the familiar elements of his work and exploded them, fashioning a kind of lonely cinematic cubism.