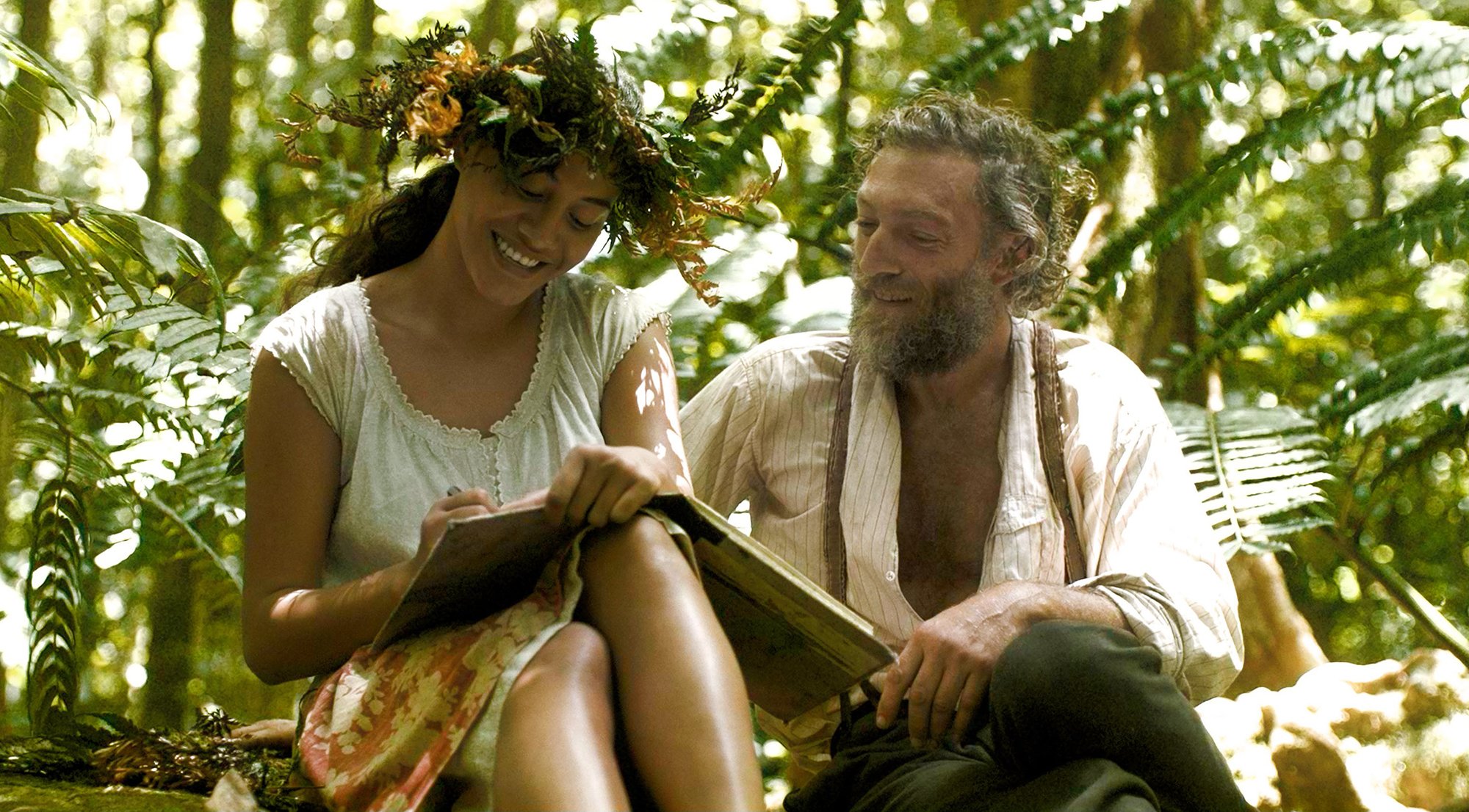 Though his work was based in a very 19th-century mode of thought, Paul Gauguin’s paintings of Tahiti were a profound influence on the avant-garde artists of the early 20th century. The great post-Impressionist went to Tahiti because he thought modern man had become corrupted, decadent, and intellectual—that the “primitive” native was closer to nature and as such to the truth. The artist’s paintings, whatever their merits, made the French Polynesian island in the South Pacific into a place of myth, of paradise before the fall, projecting preconceived Romantic notions onto their subjects.

Edouard Deluc’s Gauguin: Voyage to Tahiti does some projecting of its own. Gauguin represents for the film no less an ideal Romantic subject than the Polynesians represented for the painter himself: penniless, chronically ill, and living in self-imposed isolation—the very embodiment of the suffering artist. Deluc’s film seizes on this aspect of the artist’s biography, emphasizing his perpetual torment and not much else besides. While this suits the image of the tortured genius, it makes Gauguin a rather flat character, and offers little insight into the relationship between his work and his life.

The film covers two years in the life of Gauguin (Vincent Cassel), who in 1891 leaves his wife, Mette (Pernille Bergendorff), and children behind in Europe after receiving an assignment from the French Ministry of Public Education and Fine Arts to travel to Tahiti and paint its “costumes and landscape.” There, he meets and marries a young native woman, Tehura (Tuheï Adams). The story primarily concerns the relationship between Gauguin and Tehura, which begins blissfully and gradually descends into misunderstanding, jealousy, and mutual resentment, before Gauguin finally leaves the island in 1893.

While Voyage to Tahiti acknowledges Gauguin’s colonialist attitude toward his Tahitian wife and neighbors, the film is less concerned with the artist’s ideas and placing him in his historical context than it is with his emotional tribulations, presented throughout with a relentless and tiresome somberness. From its very outset, Deluc’s film adopts a strangely ominous tone, its titles slowly dissolving in over a shot of the Pacific at twilight, its haunting, sparse soundtrack suggesting something almost sinister.

This misplaced tone of impending misfortune persists throughout the film, and is sometimes hard to square with the events on screen, and especially with what we know of Gauguin. Cinematographer Pierre Cottereau’s dark-hued images give no hint of the brightly colorful canvases that resulted from Gauguin’s voyage, even as the camera explores the Tahitian flora.

The point here may have been to emphasize the contrast between Gauguin’s reality and his imagined paradise, but this monotonously bleak film does little to draw out this irony. Instead, it expects the man’s pain alone to suffice as testimony that he was indeed a Great Artist. Over the end credits, we’re shown a few of the Gauguin paintings that were precisely replicated for the film, and here Voyage to Tahiti does itself no favors. The beauty and narrative quality of Gauguin’s work underlines that the film has offered little that couldn’t be gleaned by some time spent looking over prints of the artist’s Tahiti paintings.

Watch the Teaser Trailer for Yorgos Lanthimos’s The Favourite