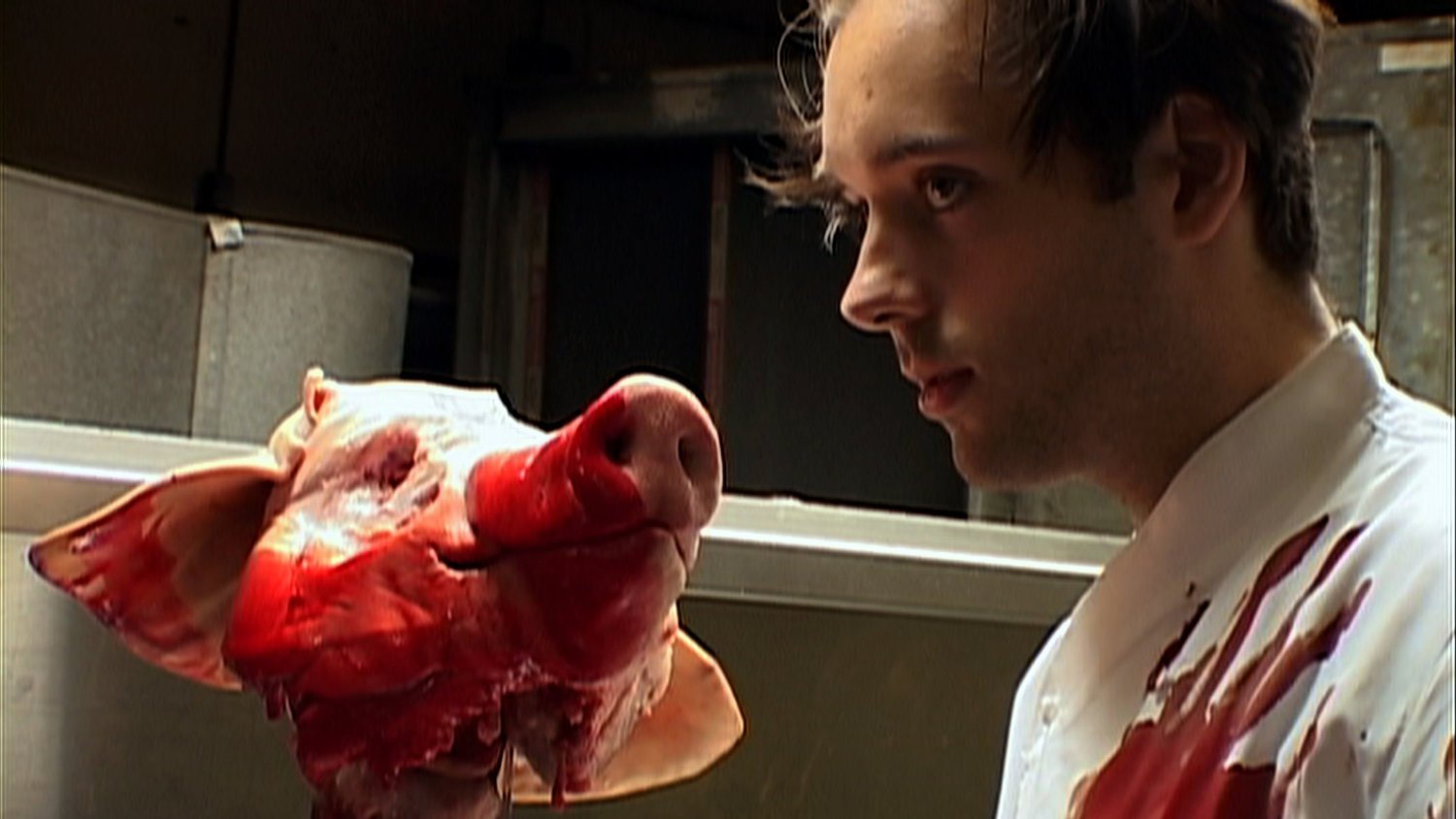 “If you’re hungry,” said Alan Teasley, the Full Frame programmer introducing the festival’s primetime screening of Sally Rowe’s A Matter of Taste, “you’re just done for. You won’t survive the night.” He wasn’t far off. This hour-long expose on the life and aspirations of Paul Liebrandt—at the film’s outset just made the youngest chef ever to earn a perfect three-star rating from The New York Times—is an unrestrained delight in two parts. First, Rowe looks at how the boy-wonder-turned-snake-bitten-perfectionist struggles to keep a job, followed by spectacular footage of Liebrandt launching from the ground up, and for the first time, a restaurant truly from his heart: Corton. Dotted along the way are the difficult-to-gauge pleasantries from some of the culinary field’s leading lights (Thomas Keller, Eric Ripert, Daniel Boulod) along with a few of the more eye-catching meals ever allowed to steal a scene on film; at one point, Liebrandt champions, with very good reason, the visual impression his plates make.

To say this film is a foodie’s dream come true, though obvious and accurate, is to miss the point. Rowe, in her directorial debut, captures with marvelous fluency the strain, requisite or not, business places on art, any art. That the form in question is food is—wait for it—gravy, because it offers an inside view of a field at once underappreciated and growing in its devotees. Let’s face it: Many of us don’t really appreciate the full strain put on a world-class kitchen staff, no matter how much Food Network we watch. For all the appeal of Anthony Bourdain and Mario Batali’s around-the-world adventures, Bobby Flay’s showdowns, and Top Chef-style reality shows, whether or not they include Gordon Ramsey, an observant food TV viewer will note that no celebrity chef allows a camera crew within shouting distance of his own real, working, dinnertime kitchen. Liebrandt lets Rowe into three.

Admittedly, Liebrandt, in his anxiousness, pacing his kitchen and occasionally berating his employees when they fail to meet the high standards of his artistry, makes for a more entertaining and provocative artist-at-work story than, say, the solitary author punching away at his keyboard or painter sitting down to a canvas. The vibrancy of A Matter of Taste is ultimately in its close consideration of narrative detail, of just what pressures Liebrandt faces in a moment that he very believably considers his last great shot. Among them is the engaging duel a chef of his caliber plays with the New York Times’s critics, in this case Frank Bruni. Their culinary game of intrigue is a driving force in one of the most captivating behind-the-scenes documentaries in recent memory. The old screenwriter’s saying that the audience loves a how-to (as in, it’s not good enough for the detective to find the murderer, you have to show him solving the case) applies double here, as Rowe’s close-on camera not only presents a truly gripping look at kitchen culture, it wins over the audience to the side of one of the field’s more unorthodox artisans. Chocolate-covered scallops, anyone?